With our end-of-the-year artist ranking, we’ve always tried to stay somewhat objective in which bands we include. However, this year we decided to reach out to you, the people reading this right now! We asked you on Facebook and Twitter to voice your favorite bands and artists and received over a hundred comments. So this year, the ranking you will see below is heavily influenced by your favorite bands and artists.

With a little pinch of JROCK NEWS magic, and sales figures, here are our top 15 visual kei, and Japanese rock artists list of 2019! 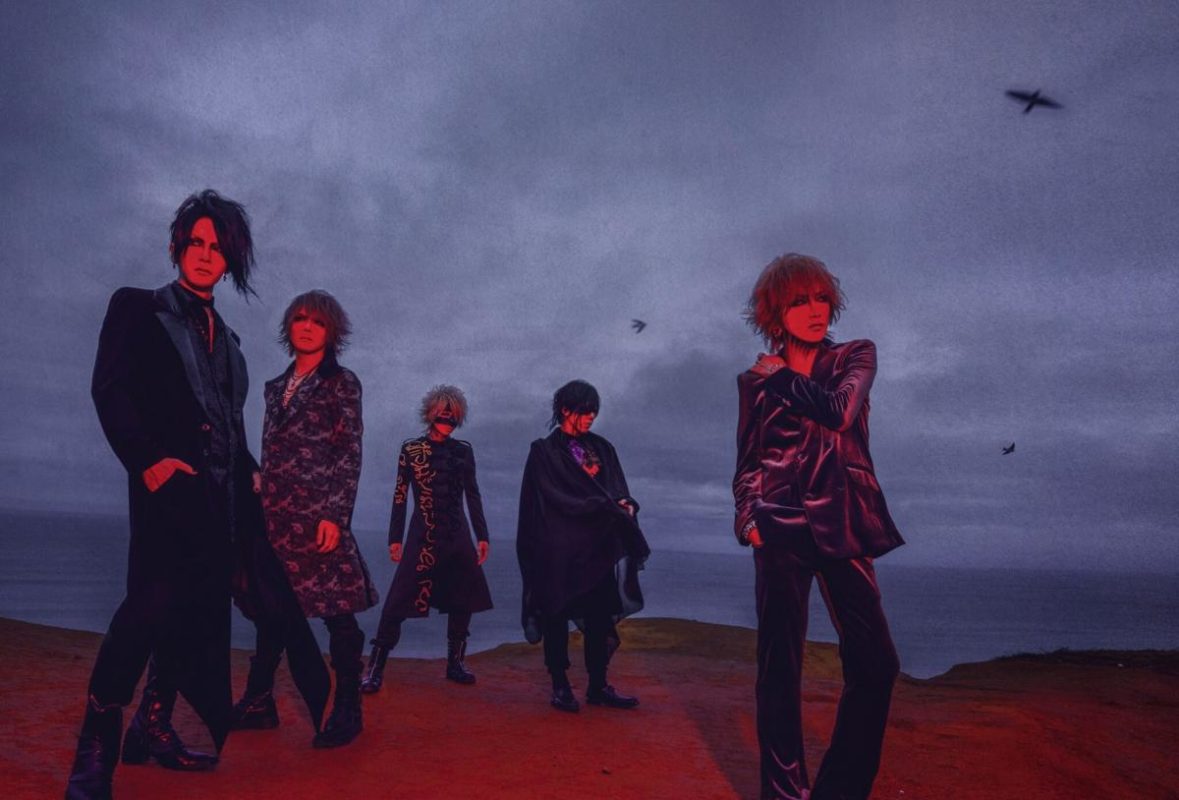 As much as we wanted it to be a surprise, the top visual kei band of 2019 is once again the GazettE. The five-man band received an overwhelming amount of votes where most people listed them as their number one pick. However, it’s no doubt that the GazettE deserves a lot of praise. They’re been embracing the overseas fans with a big world tour this year and will also release an audio-visual work of the New York live show.

the GazettE even opened up and talked about their family and past in our interview, which is a very rare moment, so definitely give it a read! 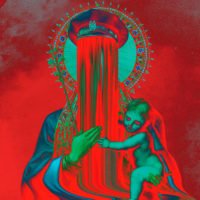 DADAROMA has picked up a big following over the years but it wasn’t until earlier this summer the band made one of their biggest leaps, by performing overseas for the first time! The band made their way to France during July with a generous amount of activity to please the fans at Japan Expo.

If you’re curious about how it went down, have a look at our report where we share our experience. Out of curiosity, we also asked an employee at a visual kei music store in Japan for recommendations, and DADAROMA was the second band to be mentioned.

Last year we rejoiced when DIR EN GREY finally started performing outside of Japan again, but that was only limited to Europe. However, now they’re gone even further by touring North America and soon Europe once again. We have also noticed the band reintroducing a lot of the morbid concept lately which we’re definitely a fan of.

If you haven’t yet, we urge you to see this band live as the brutal and elegant experience is hard to describe, but we tried our best in our report of DIR EN GREY’s sold-out show in Los Angeles.

The World of Mercy 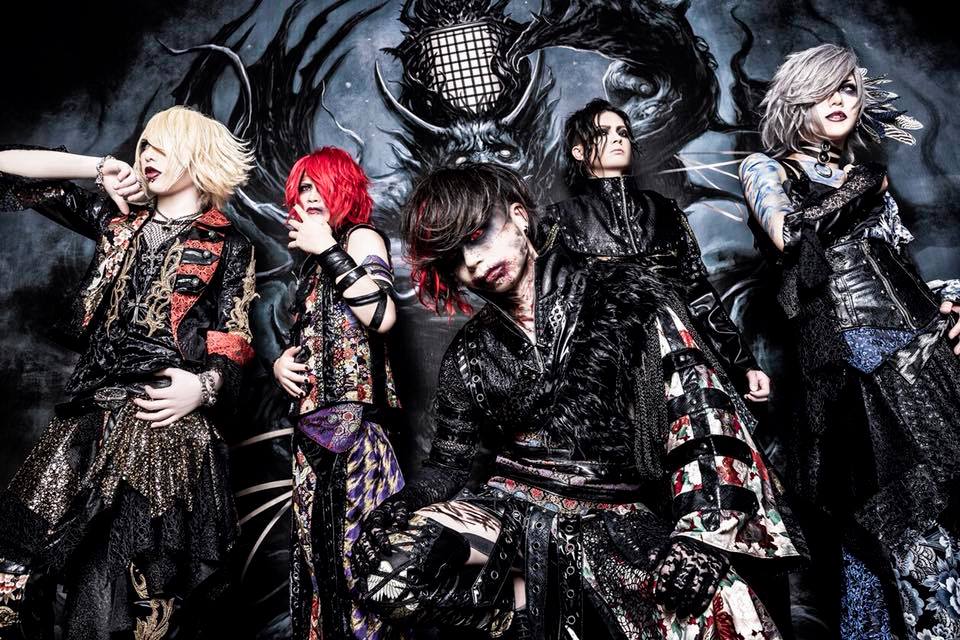 DEVILOOF has not only won the heart of our reporter but also the famous youtuber Jared Dines. Thanks to their insane music and visual appeal, the band stands out in both the visual kei and metal scene, causing a swarm of reaction videos on YouTube of the song GOUZINZANGOKU, which Ryo from girugamesh helped produce. We will soon see the fruits of their labor in terms of overseas performance which the band started teasing back in 2017, but now it’s going to be a reality in 2020.

Get to know more about the band and their quirky personality in the interview we conducted. 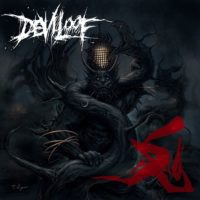 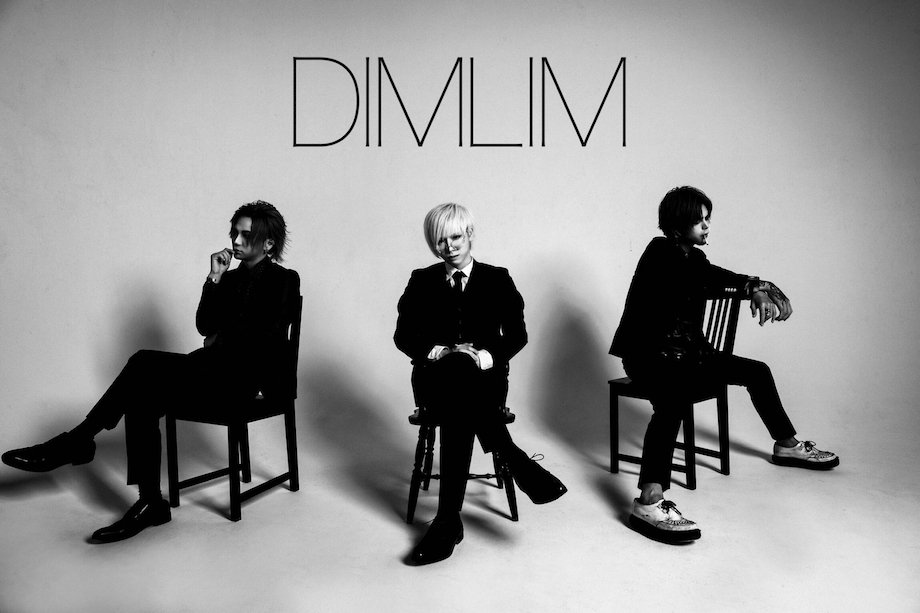 DIMLIM has shown strong determination in spite of losing members in pair, twice. This band knows how to make an impression not only with their music but with their music videos too—even if it is filmed in a plain white studio (vanitas, and Rijin). Unfortunately, the band hasn’t shown much activity this year but they just announced the upcoming album MISC. for next year, and surprisingly, they have also revealed their one-man live show in Mexico which is scheduled for March 21, 2020. It will be the band’s first time to perform overseas. 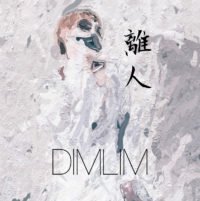 Symbol of The Dragon

No Sleep Till Tokyo 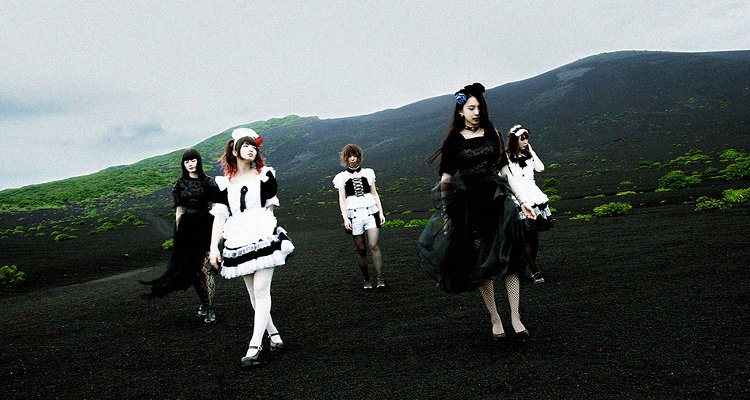 With a charming maid concept and heavy rock appeal, BAND-MAID takes the throne for this year’s Japanese rock category! With your votes converted to voices, there was little room for any other band to be heard. Not to mention how one of the editions of album CONQUEROR ended up as the fourth best selling release under the Jpop category at CDJapan—even though it was released on December 11.

We might have to start interpreting their album names in a literal sense as last year we got WORLD DOMINATION, and this year we’re presented with CONQUEROR. If you haven’t had a listen to their latest work yet, then this is a great opportunity for you to read out review of CONQUEROR. 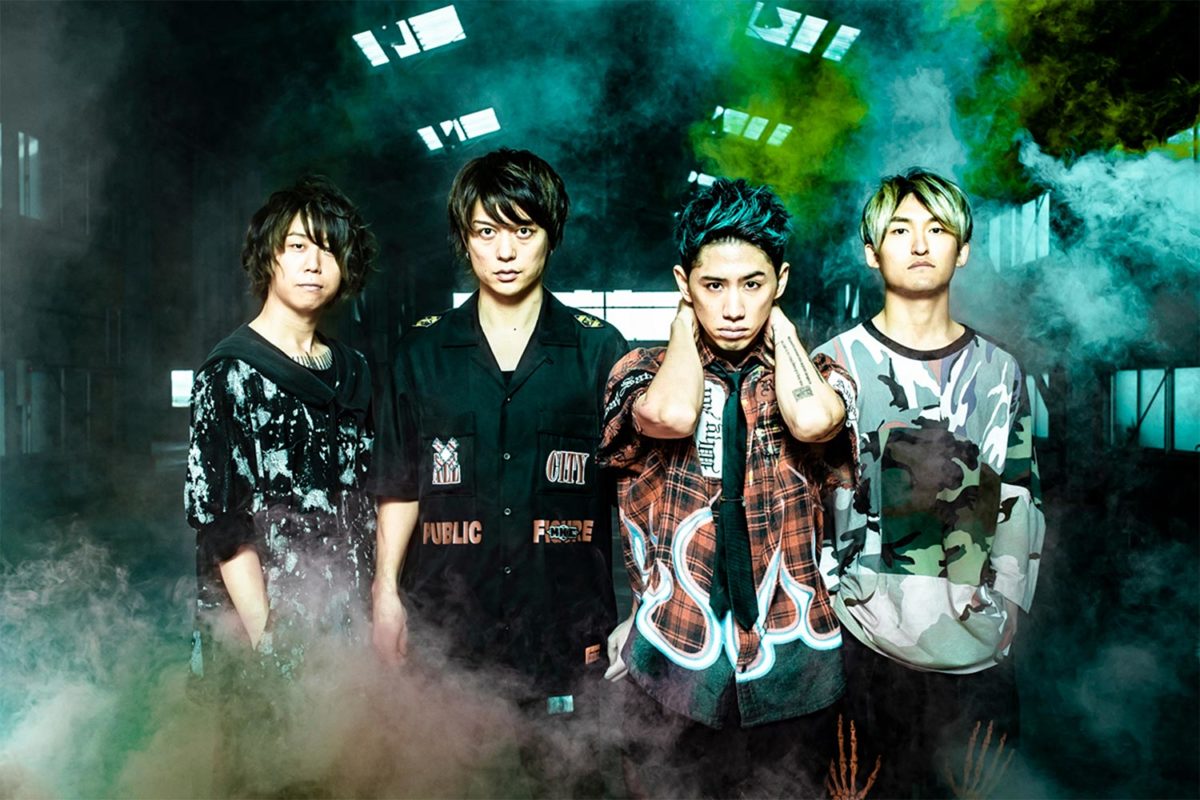 Despite seeing many frowny faces in regards to ONE OK ROCK’s recent established sound, the band has undoubtedly increased their popularity tremendously worldwide. Not only did they tour Europe and North America, but they also streamed two full concerts on YouTube! There’s definitely a big focus on making their music accessible to everyone and it shows with them putting out albums in both Japanese and international editions—the international edition has vocalist Taka singing in English during the Japanese parts.

Eye of the Storm 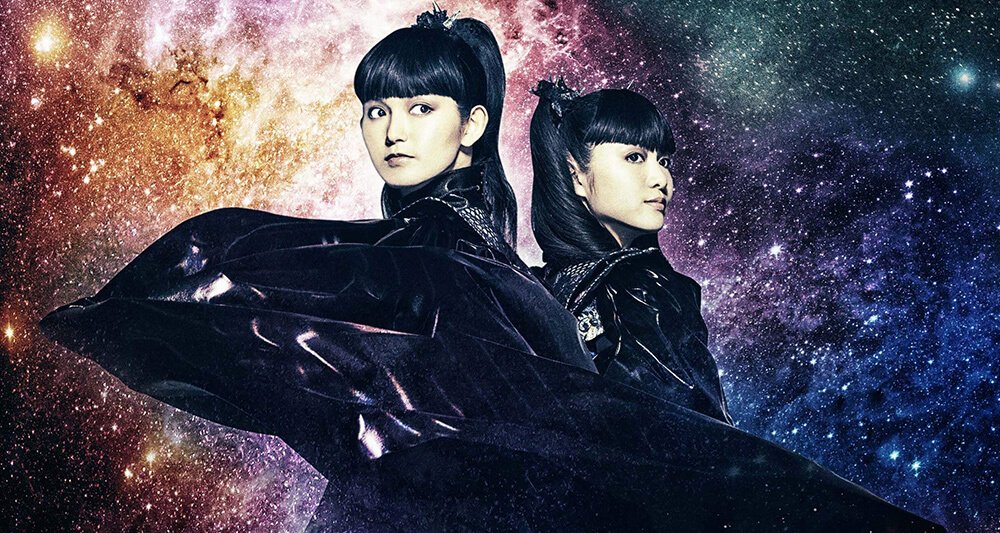 It took three years for BABYMETAL to put out a new album, METAL GALAXY, but seeing the reactions of the fans, it looks like it was well worth it! However, it is hard to blame them seeing how the duo has constantly been traveling around the world to perform (we saw them in London and Dallas), at the same time, looking for new candidates to fill up the third slot. While all of this was happening, BABYMETAL gained over 100 million views on their most popular music video, Gimme chocolate!!, a song produced by artist “AA=” (Takeshi Ueda).

We recommend you have a listen to METAL GALAXY as it is a darn solid one. Head over to our review of the album to grab the details. 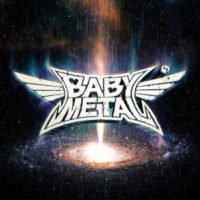 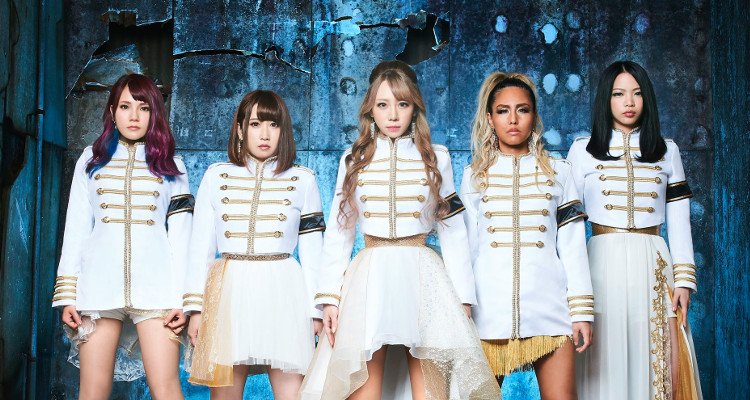 LOVEBITES’ electrifying music keeps them magnetically at the fourth spot, just like the previous year. We also elected them as “European dominator” last year on our most influential Jrocker list of 2018 due to the good impression they left the European audience. This year LOVEBITES has once again proved their impressive skills as they were acknowledged and invited to join DragonForce’s UK-tour as special guests.

Currently, we’re looking forward to their upcoming album Electric Pentagram which we will definitely share our opinions on soon, stay tuned! 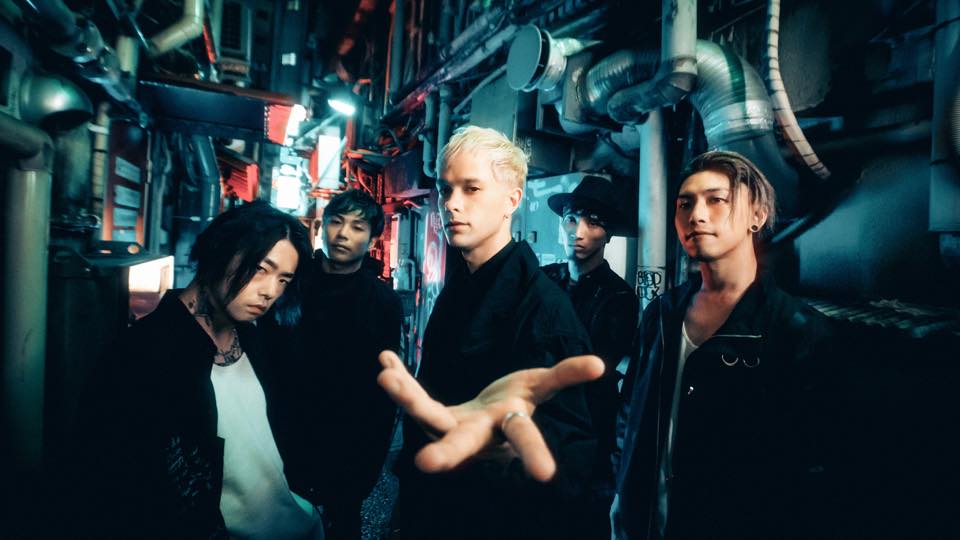 coldrain is a band that has over the years become synonymous with Japanese rock. While their presence has bled into the more mainstream market lately, the band has stayed true to the heavy and progressive sound that makes them unique. This is also a band that has a big focus on the international market and will most likely expand even further with their efforts now stretching to anime songs. 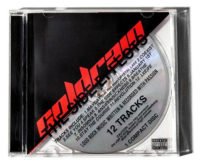 Kiss from the Darkness 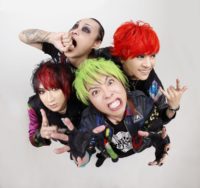 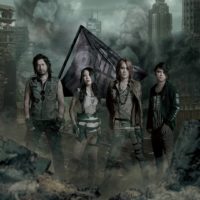