the GazettE has been working hard during the one year and two months that it took for them to finish the world tour, performing in Japan, North America, South America, Europe, and Asia—a total of 61 performances! With their tour finale “LIVE TOUR 18-19 THE NINTH / TOUR FINAL ‘Dai Kyu'” on September 23 at Yokohama Arena, the band has now revealed their upcoming plans, unveiling the concert for 2020 and two audiovisual works.

The anniversary concert is to be held on March 10, 2020, to celebrate the GazettE’s incredible 18th-anniversary milestone! The concert has been dubbed “18TH ANNIVERSARY DAY/6576” and the cryptic number “6576” are the days counting up to the anniversary concert, starting from March 2002, which is the year the band was formed.

As for the two audiovisual works, they will be out on DVD and Blu-ray simultaneously on March 4, 2020. The first one will be from the last performance of the world tour, called “LIVE TOUR 18-19 THE NINTH / FINAL ‘Dai Kyu’ LIVE AT 09.23 YOKOHAMA ARENA”. The second work is a documentary of the band’s 2019 tour labeled as “LIVE IN NEW YORK & WORLD TOUR 19 DOCUMENTARY THE NINTH [99.999]”, allowing you to follow the band around for 16 shows in North and South America, Europe, and Asia. You will also be able to finally experience the New York show at PlayStation Theater in the comfort of your home. 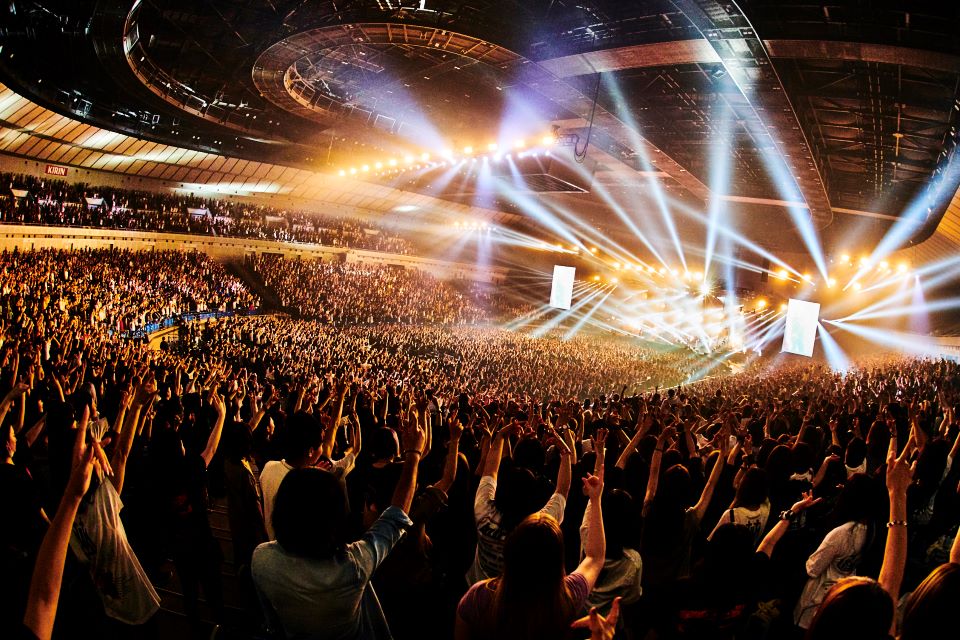 the GazettE at Yokohama Arena.

To those who picked up the first press edition of “LIVE TOUR 18-19 THE NINTH / FINAL ‘Dai Kyu’ LIVE AT 09.23 YOKOHAMA ARENA”, you will receive bonus material in form of a photobook, as well as a documentary film that has every phase of the GazettE’s world tour covered. Starting from July 2018, the phases include:

It has also been encouraged to look out for PHASE #03 as this displays the GazettE performing in smaller venues (typically called “live houses” in Japan), a vibe that takes you back to the GazettE’s roots.

If you want to know even more about their history, make sure to read our interview with the GazettE where we learn more about their family and their past. We also took the opportunity to speak with the band while they were performing in New York, expressing their urge to create something even better—despite being in a band for 17 years.