When DADAROMA initially dropped the music video for Oboreru Sakana nearly five years ago now, it undoubtedly left its mark on the world. For me, it completely came out of nowhere with its aggressive, destructive, explosive, and emotive sound. I had no expectations beforehand, but they were set stupidly high after this.

What came after was a slew of singles and mini-albums but this didn’t come without its hardships. It was in August of 2018 that the band went on hiatus as drummer Yusuke left the band due to illness, leaving many fearing the end of DADAROMA. However, that was far from the case as they returned with drummer Ryohei, previously known as Len from THE BLACK SWAN, and announced dadaism#4.

What I never expected was that they would perform in Europe any time soon, let alone at Japan Expo in Paris; an event that covers the latest and greatest in anime, manga, video games, and music all in one place over four days!

On July 7, Sunday, the final day of Japan Expo, DADAROMA were the final act to perform on the Karasu stage, a massive and impressive venue with rectangular screens as the backdrop. The gig hadn’t even started yet and bassist Tomo was already feeling the groove as he danced to Rage Against The Machine playing over the PA system.

Before long, the intro to Oboreru Sakana began with Tomo signalling everyone to clap and guitarist Takashi swaying his head from side to side. This finally led to vocalist Yoshiatsu walking onto the stage before the end of the intro, letting out an almighty growl as drummer Ryohei crashed in. The intense performance reduces the lights to red and white, causing everyone to headbang and if Yoshiatsu wasn’t as emotive as he could have been, the theatrics were bound to be amped up to the nth degree soon enough!

What came next was a pleasant surprise as the forlorn piano chords of Kiss wo Shiyou ushered in a still and tense atmosphere with a softer sound. Here Yoshiatsu switches from aggressively singing parts of the second verse to his voice, wavering during the bridge. The glittering white lights combined with yellow-greenish spotlights captured everything perfectly. 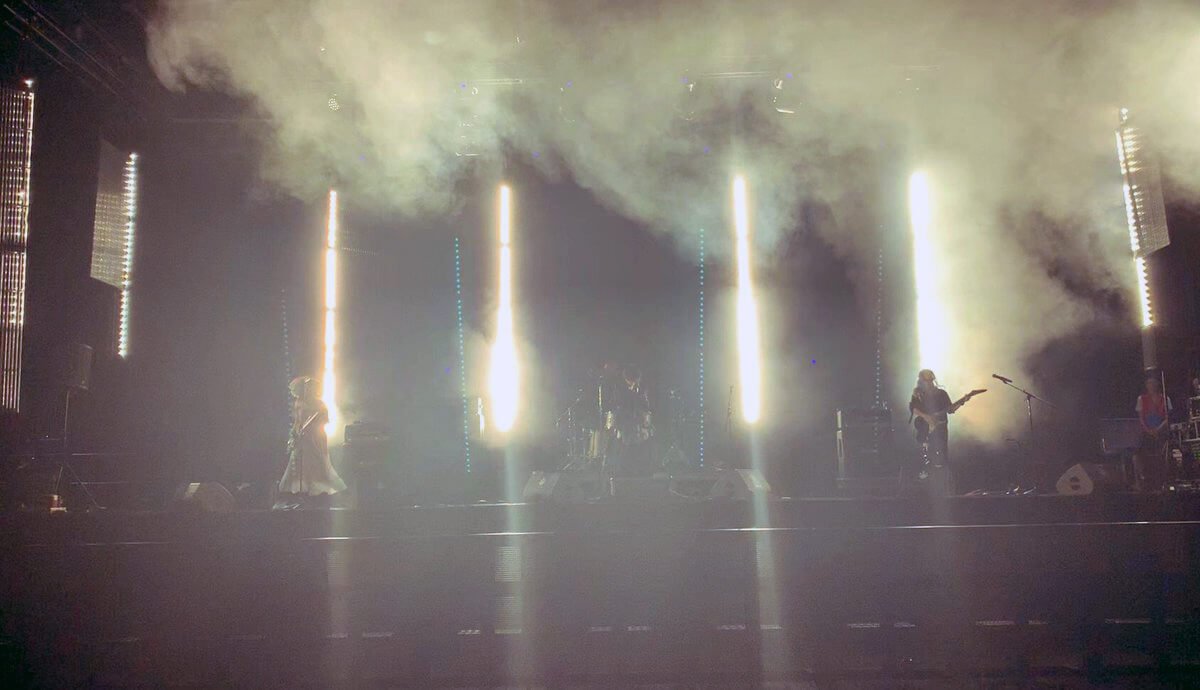 As if the audience wasn’t already hyped, MONEY raised the tension even more! Yoshiatsu growls “Oi!” repeatedly, getting the audience fist-pumping and jumping, abandoning the lyrics altogether at points but regardless, the turnout was brilliant!

With the sound subsiding from the previous song, Yoshiatsu shouts “Konnichiwa” but is dissatisfied with how loud it is and in a deep, funny voice goes “No, no, no, no”. However, in an effort to make the loudest “Konnichiwa” known to man, the audience goes even louder and succeeds! He then orchestrates it with growls and in a cute high-pitched voice but cutely finishes it off by saying “Okay!”.

He goes onto mentions Tanabata or Star Festival, the same day their performance lands on, which tells the tale of Princess Orihime and cow herder Hikoboshi.

The story goes that seamstress Princess Orihime worked hard every day weaving, but never had the opportunity to meet anyone and fall in love with them. In a bid to find love, her father, who was also the God of the heavens, arranged for her to meet cow herder Hikoboshi from the other side of the milky way.

It wasn’t long before they fell in love and eventually married, however, the downside was Orihime stopped weaving altogether and Hikoboshi allowed his cows to roam around heaven. This lead to her father becoming angry, eventually coming to the decision that they could only meet on the seventh day of the seventh month if Princess Orihime continued to weave. Yoshiatsu explained that DADARMOMA was the princes, Hikoboshi, and the audience was the princesses, Orihime.

All of this takes us to the final song of the night in the form of Lucid Dream with its magical and fairytale-esque intro that—once getting into the main body of the song, had everyone rocking back and forth. The slower sections were greeted with fans swaying from side to side and shouts during the short interlude. The end saw Yoshiatsu give an emotional speech before exclaiming “Come on Japan!” and “DADAROMA” to hear the cheers after every instance.

DADAROMA clocked in with a setlist of seven songs and that was more than enough to demonstrate who they are to new fans while satisfying existing ones. Coming into it, I thought it would make more sense to play their most recent songs from dadaism#4 and Dendrobium, to not only put new drummer Ryohei to the forefront but to also promote their recent releases.

After thinking about it, however, I realized that I was probably wrong, especially seeing as their music is now available on iTunes and Spotify. To perform in Europe for the first time, on a massive stage, playing a select few hits that express just what DADAROMA is, I think that’s more important and they succeeded! 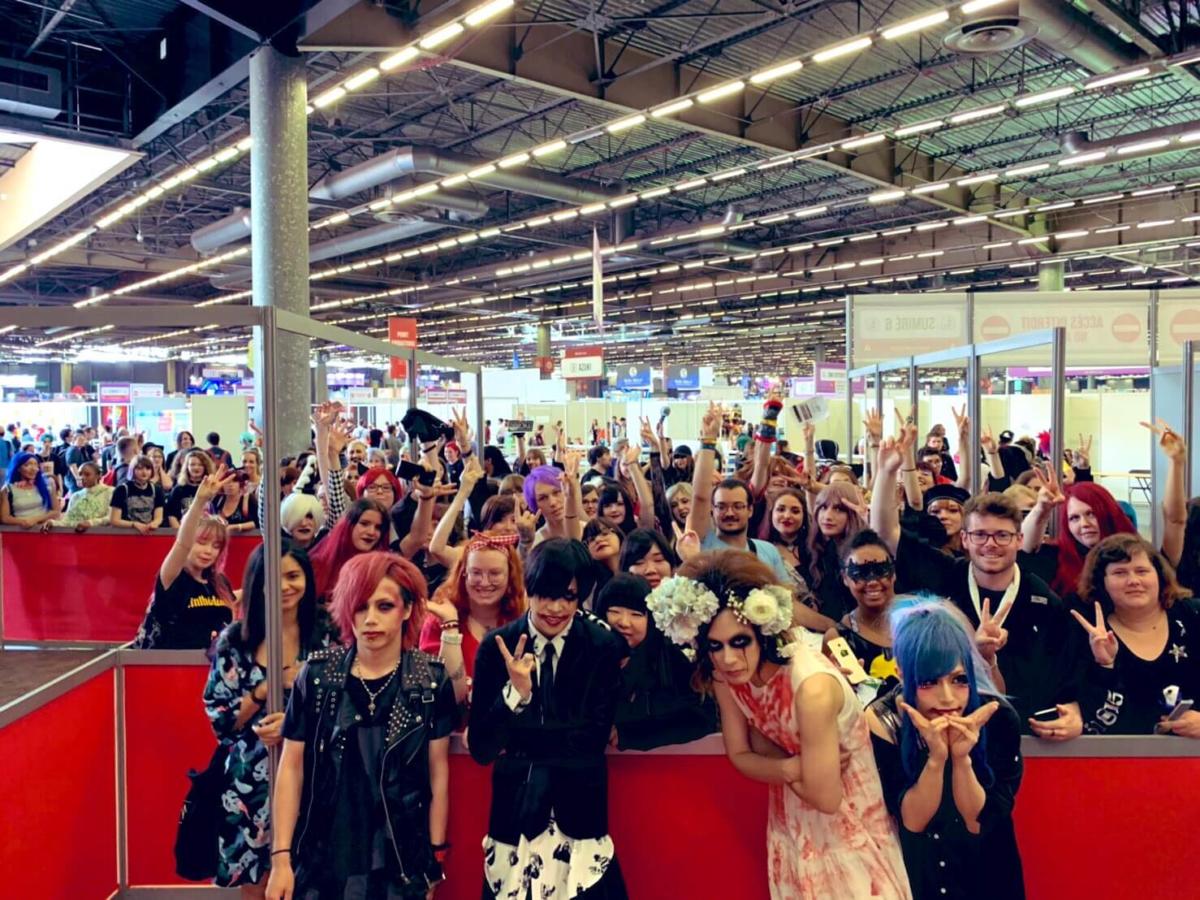 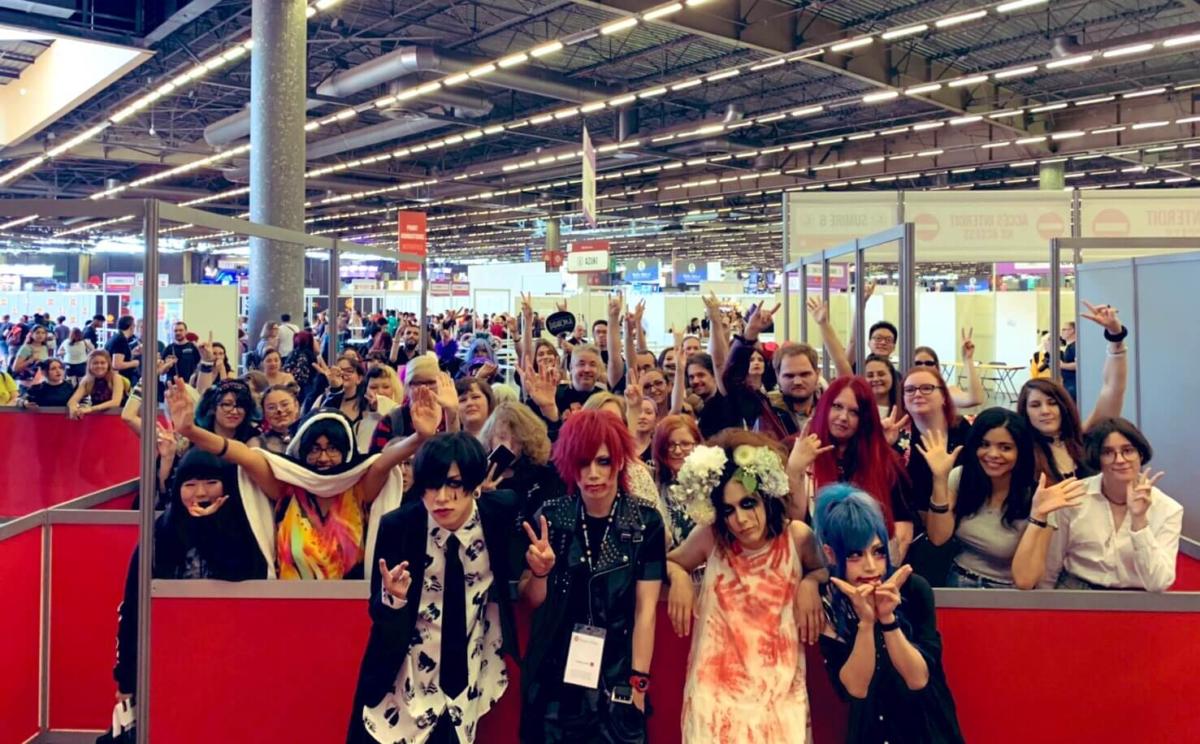