This year hasn’t been too stable for the anime industry with the COVID-19 pandemic taking place, causing massive delays and uncertainties for many of the studios. If you like the music we featured on this list, feel free to also give the associated anime a chance too and support them through merchandise, DVDs, and Blu-rays.

Enter our top 25 anime opening and ending songs of 2020, in no particular order.

Ready to by Morohoshi Sumire


One of the catchiest tunes you’ll catch this year features vocals by the protagonist, Kagemori Michiru, voiced by Morohoshi Sumire. The music video version offers way too little content so if you’re ready to, listen to the full version here.


Despite ReoNa major debuting in 2018, she’s already a household name and stands out among the bigger acts. Her husky voice paired with the theme of fragileness and determination makes for a perfect match. 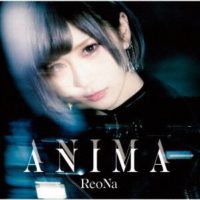 Other Side by MIYAVI


This banger from MIYAVI’s album No Sleep Till Tokyo truly gives us no sleep! We experienced the song live in person and its performance has lingered on ever since. Its eerie sound ties up well with the mystery and psychological anime Id:Invaded. 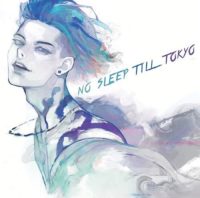 No Sleep Till Tokyo

Mononoke in the fiction by Lie and a Chameleon


Guitarist Watanabe Sosuke might be a great jokester, but he’s just as good of a music composer considering how darn well this hectic and lively song turned out! The band partook in YouTube Music Weekend earlier this month and their performance is still up if you need more. 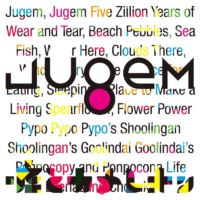 
What happens when you bring two of the strongest anisong forces together? The mighty piece that is Libra is your answer! Enough said! 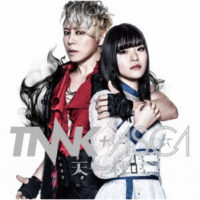 
From being a prominent figure in the doujin (self-produced) scene, Eve’s presence in the mainstream media has become incredibly more prominent, but for good reasons. The exhilarating and disorienting sound is out of the ordinary and so is his voice. 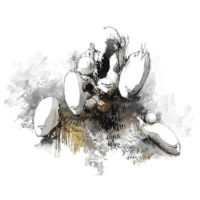 Sacred world by RAISE A SUILEN


A song to raise your spirits with bassist and vocalist Raychell’s powerful voice together with the empowering backup vocals by the members. Though we weren’t able to catch RAISE A SUILEN’s in-person live concert this year, we were lucky to see them perform as support members for the other “BanG Dream!” bands on the third day of the event “BanG Dream! 8th LIVE”, have a look. 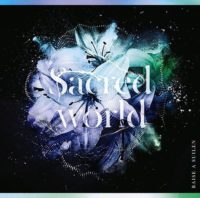 
We didn’t expect to see a Korean boy band appear on our list this year, but here we are! Joining the popular “Korean anime” Tower of God as the ending theme song, this rap gem stands out with its army of eight members, providing low to incredibly high pitched vocals. They were recently invited to “THE FIRST TAKE” to perform this difficult song in just one take. 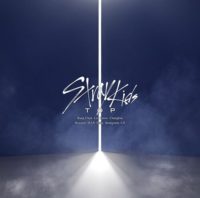 
While the band “Happy Heads NANIYORI” normally acts like a bunch of fools, they’re in fact a skillful band with incredibly refined music. The heavy piece Aishiden is of course no exception. 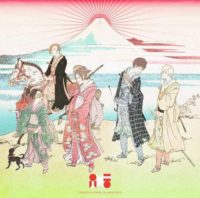 
CIVILIAN didn’t leave their comfort zone for Sekai Fuseikai, but even when following conventional pattern and sound, they’re doing such a great job of making each piece distinct and thrilling. 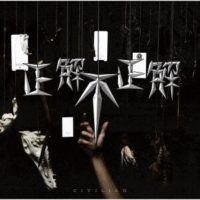 
PENGUIN RESEARCH has always been on our radar and we definitely think they deserve a spot on the list this year with the opening song Hatena, an empowering song to charge up for the mecha battles in Gundam Build Divers. 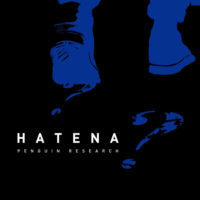 
WANDS’ first single since their reunion does not disappoint! Its jazzy sound is sure to get you blazingly moving, or in the words of the lyrics, “lose control by the second”. 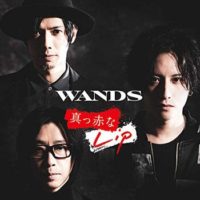 
The mysterious masked band continues to impress with a frantic sound alongside the “one and only” voice. 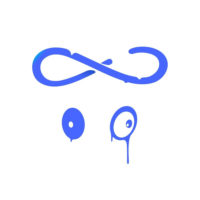 
Memai SIREN already shared similar traits to the music TK from Ling tosite sigure composed, still, the tie-up between the two forces was unexpected. We’re definitely glad it happened and are delighted by the aggressive and melancholic result provide by “image _____”. The most noticeable touch by TK might be the violins, so keep an eye out for those. 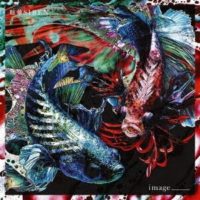 Enen no Shouboutai: Ni no Shou


We typically see Aimer adhere to a theme for each time period, like nighttime, stars, water, and as of recently, passionate flames. This perfectly fits in with the anime “Fire Force” where the lively SPARK-AGAIN is featured. 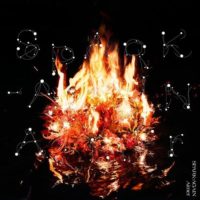 No.7 by Jibaku Shounen Band


Performed by vocalists Yoji Ikuta and Oishi Masayoshi, alongside arranger ZiNG, the Jibaku Shounen Band is a trio that knows how to steal the thunder with its mad sound. 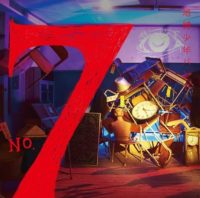 
Youkai Watch is back with another catchy track, Gingira Ginga by the six-member boy group Strawberry Prince. We have Vocaloid producer NayutalieN to thank for the charming composition, and we happened to catch his live appearance at Hatsune Miku Magical Mirai 2019 which you can read about here. 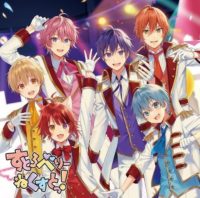 
We normally don’t see BiSH in a band formation, but for the aggressive TOMORROW, they’re rocking out like there’s no tomorrow! 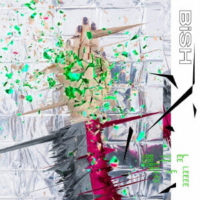 
Undeniably one of the biggest hits from this year of anime. Not only is it a fantastic and emotional song, but thanks to the anime movie where it was featured, Mugen Train, LiSA’s name has become much more recognizable outside of the “typical” anime community. We also recently saw GACKT cover this monumental work while cosplaying! 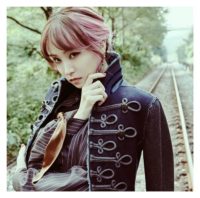 
Composer Sawano Hiroyuki succeeds with yet another touching piece featuring vocalist mizuki. They have already proven themselves to be a great pairing in the past for the tie-up songs in Aldnoah.Zero, but now they’re doing it again! 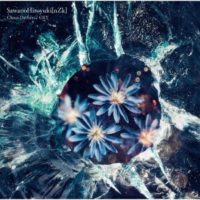 
A refreshing song and probably one of STEREO DIVE FOUNDATION’s most energetic pieces. We’ve been in love with it since its pre-release and even got to interview frontman RON to talk about the song! 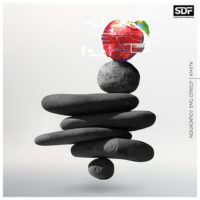 Kamisama no Syndrome by Ayane


The reboot of the classic Higurashi anime from 2006 takes help from veteran singer Ayane for the dispiriting and elegant ending theme song. Fans of the Higurashi game series will surely recognize this voice. Recently, she appeared on the Tokyo International Music Market for a worldwide livestream concert. 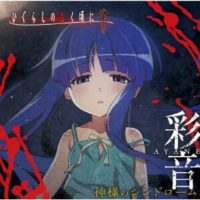 Nanatsu no Taizai: Kamigami no Gekirin


SID may have dropped the visual kei look, but their music always remained at a high level as you can observe through the vigorous delete. 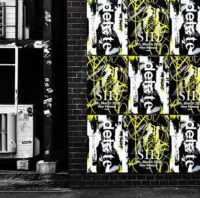 
A beautiful piece that compliments Mashiro Ayano’s strong vocals with the delicate and contrasting piano. 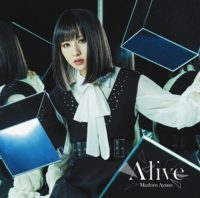 
Tojo Haruka does indeed have a cute appearance, but you’ll soon realize that her amazing voice is far from the stereotypical anisong singer, it’s strong, yet delicate. We especially like how “Haru, Kanade” takes influences from traditional Japanese music. 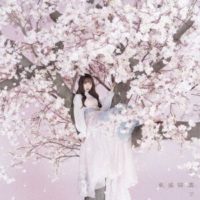 Even though the song “STARTING OVER” was on the anime last year, it reappeared again as an insert song but with a twist! It now features GYROAXIA’s vocalist Nayuta Asahi which takes this song to another level! Compared to the original version, there’s more contrast between the vocals which makes this version a lot more dynamic and interesting.

We recently reported on their performances at the “ARGONAVIS AAside Live Royal Fes 2020”, make sure to check it out! 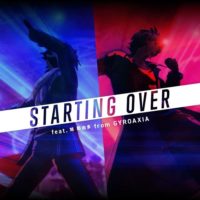 We hope you liked our picks! Leave a comment below if we missed your favorite anisong!