As previously teased, the musical trio composed of miko (exist†trace), ERY (KiLLKiLLS) and Sayaka Kurokawa is finally back with a new cover song, Gurenge, the opening theme from the anime Demon Slayer that was originally sung by LiSA!

Just like in their previous LiSA cover Homura, the three charming girls are wearing cosplays of Demon Slayer’s main characters. The vocalist Sayaka Kurokawa is dressed up as the brave Tanjiro Kamado, miko from exist†trace on guitar as Tanjiro’s sister Nezuko Kamado, and bassist ERY as the terrifying bad guy Muzan Kibutsuji.

Get a dose of the bright energy these girls emit in the music video filmed in a Japanese minka (traditional Japanese house).

The trio purposely uploaded their video on February 2, the last day of winter in Japan which is commonly known as the “Setsubun” day. The tradition requires that demons must be driven away—or slain if you know what I mean—on that day in order to guarantee a peaceful next season. Thanks to the girls, we will all be safe for a while! 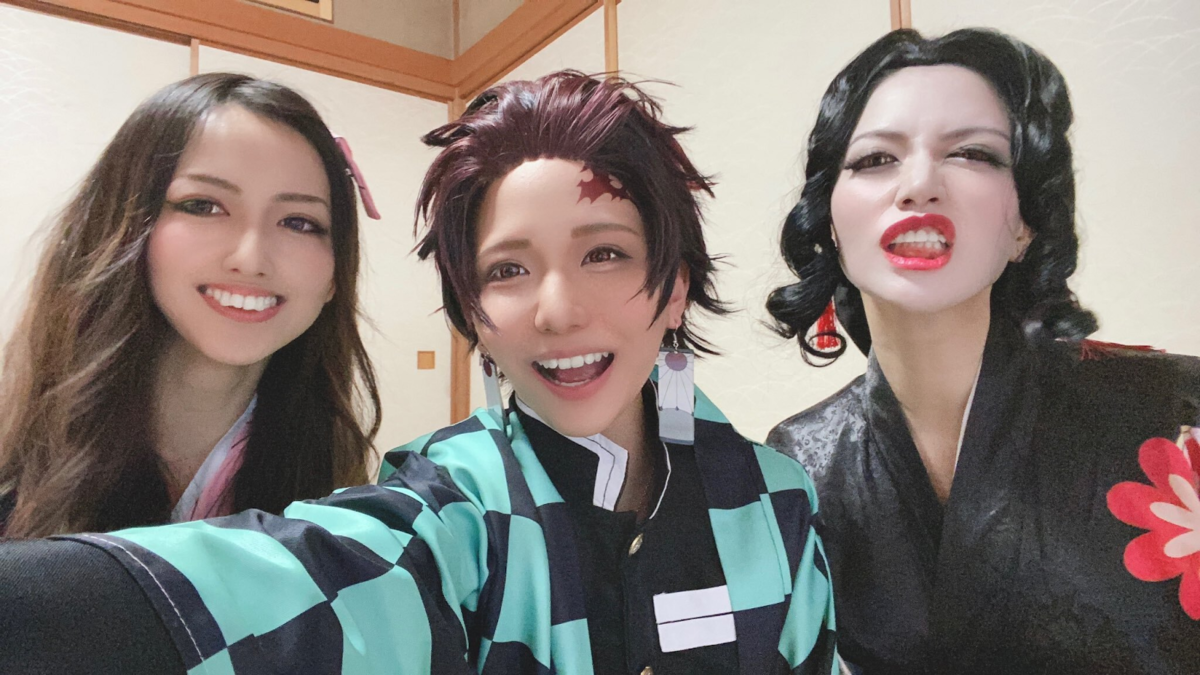 Through their respective Twitter accounts, the musicians shared some anecdotes and funny facts about the shooting of the music video.

This time, ERY opted for regular red lenses, a wise choice considering how hard she struggled with her cat eyes lenses last time! As for miko, the guitarist used drop tuning in order to play such a powerful song in the heaviest way possible. Last but not least, Sayaka Kurokawa shared a set of before and after photos, showing how intense the shooting was for her hair that was trapped under the wig!

As you may know, Gurenge is an incredibly popular anime theme song. The original music video on LiSA’s YouTube channel has garnered over 73 million views. It has also been the most sung song of 2020 in Japan through the karaoke software JOYSOUND, and is still currently sitting within the top 10—even a year and a half after its release! Despite it not surpassing the outstanding number of Homura, with 142 million views, it instantly became one of the most recognized songs in modern anime history.

As a friendly reminder, if you haven’t yet read up on ERY and Sayaka Kurokawa, make sure to take a peek at our introductory article of the two friends!