lynch. has announced that they will release a new song with the profits to be donated to every live house they have ever performed in. This comes in response to the postponement and cancellation of events at live houses due to the current coronavirus pandemic.

The band has also made the hashtag “#ライブハウスを守ろう” (let’s protect live houses) and it comes to prominence with an image which includes the English text “DON’T GIVE UP, OVERCOME THE VIRUS“. 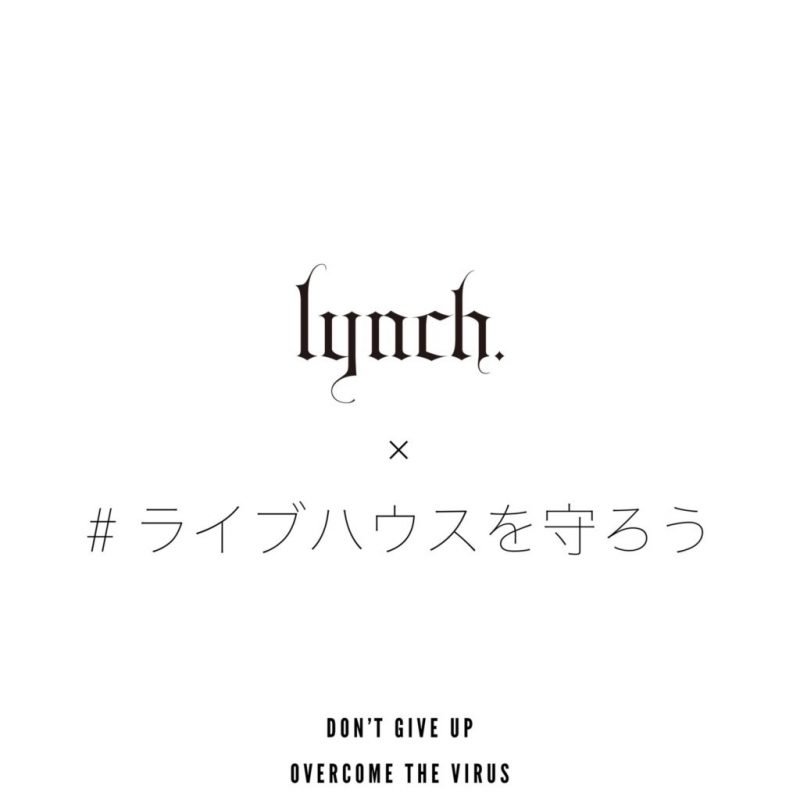 lynch. promoting the hashtag “#ライブハウスを守ろう” with the words “DON’T GIVE UP, OVERCOME THE VIRUS”.

The original statement has been translated for your convenience:

Due to coronavirus, a lot of events have been postponed or cancelled, negatively affecting live houses’ during this current situation.

lynch., as a band which used to perform in live houses, has decided to return them the favor with a support project, born from the members’ passion!

For this purpose, lynch. will donate all profits (that is, after deduction of manufacturing and production costs) from the new song sales to “every live house in Japan which welcomed lynch.”.

The new song is currently in production and will be recorded, and then finally put on sale.

We will soon make another announcement regarding the sales period and methods of this new work so stay tuned!

Vocalist Hazuki clarified that the song won’t be a ballad, but it will be a heavy one:

The new song we are composing isn’t the kind of ballad which unite hearts, but a heavy violent track, is that still fine? I’m sure our hearts will become one though.

Bassist Akinori who hasn’t tweeted in two years also took to Twitter to put his take on the situation at hand:

Live houses are treated like the black sheep of the society, but the thing is, live houses are the ones who gave a finger to money and power, welcomed delinquents, well-behaved people and other black sheeps without distinction, making them having a great time. This is a pain at the moment, but let’s do this so we can all laugh together again.

There is also a petition for grants towards live houses, clubs, and theaters, going on with the hashtag #SaveOurSpace which has reached 302,536 signatures as of March 31. Please take a look as we await lynch.’s new song!