This month BAND-MAID pre-releases not one, but two singles from the upcoming album, CONQUEROR. First out was Rinne (輪廻) which means reincarnation, the hard-hitting track has been available on YouTube since November 5. And then, The Dragon Cries, became available on November 20 as a digital single.

As reported before, music producer Tony Visconti, who worked with David Bowie and T. Rex, was photographed with the band in September at their New York performance. That rose some speculation about his involvement with their music and now it has been confirmed. According to their official website, The Dragon Cries is a collaboration with the Grammy Award winning producer Tony Visconti. Consequently, singers Saiki and Miku recorded the vocals at his studio in New York, while the other band members recorded the instrumentals in Tokyo. Tony also gave his impression of the two members:

I love the originality of BAND-MAID. It was like a dream come true to meet them. During recording Saiki and Miku sang from eight-hours straight. I don’t know many artists with that kind of stamina, I was taken back by their professionalism. They definitely met my expectations.

Tony really likes BAND-MAID and is such a friendly and lovely person. I’m so grateful to have recorded in the same New York studio as David Bowie, and really appreciate that Tony could produce our hopes and wishes. When I meet Tony again I want to show him how much we’ve grown. 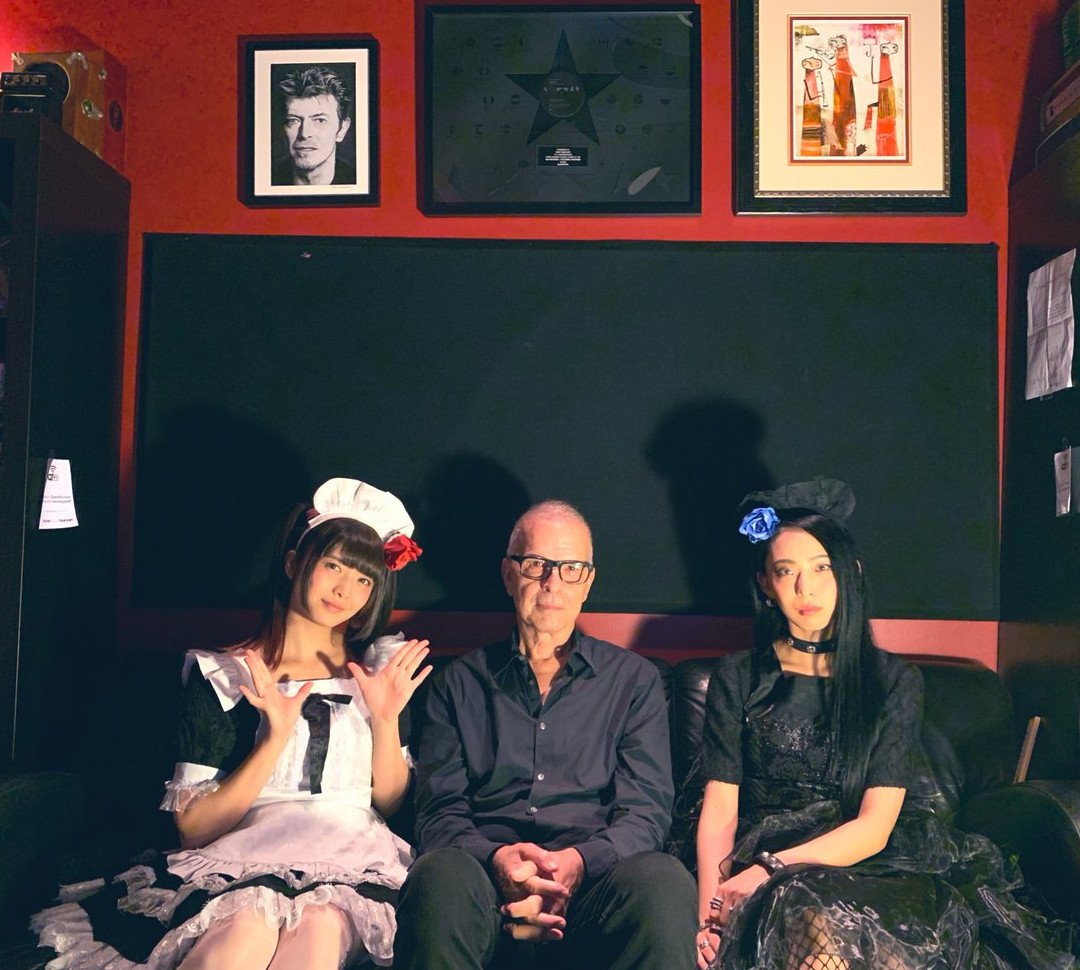 The result is a progressive rock experiment that swings on a meditative melody. There’s this simple hook in the bass and guitar riff that recalls some old-school blues-rock. Imagine this track playing on a jukebox in a smoke-filled pool hall late at night. And also, Saiki’s voice seems smoky and throaty with a slight reverb that blends in with the funky bass line. As she delivers lyrics that are all in English while Miku adds harmony on the backing vocal. Yet, the bridge has a slight key change to let the drum and bass duel it out. Then the lead guitar roars with a few power chords. It’s on par from the era of the bands Thin Lizzy, and The Moody Blues, with whom Tony produced.

Meanwhile, the music video for Rinne (輪廻) is already resonating with fans. Certainly, an aggressive tune evoking grunge metal motifs with pounding double bass. It could be described as a horror movie—frightening at first, then it slays. As the song strides into the bridge, the question arises, “What do you live for?” And some fans had been asking, are future songs going to be soft and more pop. So, the maids have answered with a resounding “No” in near metalcore fashion. Yet the video, shot with an old-fashioned Super 8 camera, is washed out and dirty. Like found footage from a hoarder’s basement, it’s grainy with film burns and jarring blurriness. Obviously, there was an attempt to be artistic, but it gets buried in poor cinematography.

Even so, these singles provide a sneak peek at CONQUEROR. And its expected digital release starts December 4, then December 11 in Japan, and everywhere by January 17, 2020.