ACME who is well known for their delinquent attitude and heavy sound spits out a new fresh fusion between traditional Japanese music and rock! Introducing Zesshou Ouka, the title track from the upcoming album of the same name, with its scheduled release date set for August 8.

We’re all in for a treat with ACME’s music video Zesshou Ouka! Their sharp and colorful attires along with their unique hairstyles make every scene pop out of the frame, a great combo to go along with the new catchy sound they developed. Unlike their previous title tracks, the band strayed away slightly from the typical sound we are used to hearing, instead, bringing in a traditional Japanese (wagakki) tune, fusing it with their staple delinquent rock. 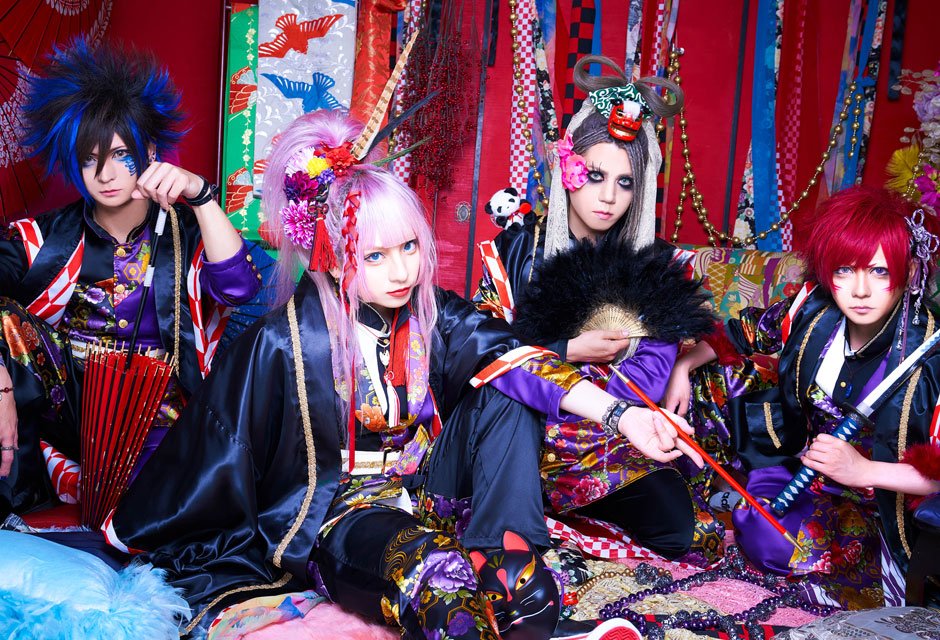 While it does look like ACME abandoned their delinquent getup, rest assured, because if you take a closer look, the members are actually wearing school uniforms underneath their custom-made haori! Surprise!

Since the album Zesshou Ouka will be the band’s first album, we’re quite intrigued to see what they will bring to the table. ACME has been around for just a little more than a year, with some minor hiccups along the way. How they evolved and how solid their sound has become will be answered once the album is out on August 8.

Meanwhile, experience the color boom that the music video Zesshou Ouka is able to offer, and tell us of your expectations on the album in the comment section below!