Visual kei band SuG returns for an upcoming concert on March 9, but the implications of it currently remains a mystery, as it turns out it is neither a “disbandment performance” nor “reunion”.

After SuG disbanded in 2017, the band’s Twitter account went silent and has remained inactive… until now. On January 11, the account unexpectedly posted a six-second clip with no context other than a date and a time, sending fans into a frenzy wondering what to expect.

On January 12, the answer arrived: the band will be holding a live performance on March 9, at EX THEATER ROPPONGI in Japan. It’s worth noting that March 9 is known as “SuG Day” among fans, based on a Japanese play on words where the pronunciation of SuG sounds like the numbers 3 and 9 in Japanese.

The one-time concert is titled The Gambler, and the announcement is accompanied by a 45-second teaser starring the model ENZO and produced by akubi Inc.

When SuG announced their disbandment in 2017, they had already been on hiatus for several months, and so they ceased activities without any final releases or shows. Some may wonder if this event is a chance to give both the band and their fans some very belated closure. Meanwhile, some hopeful fans may speculate that the band could be getting ready to resume activities. After all, 2022 saw an influx of exciting new activity from bands that had been similarly inactive, such as NIGHTMARE, ELLEGARDEN, girugamesh, BABYMETAL, and more. 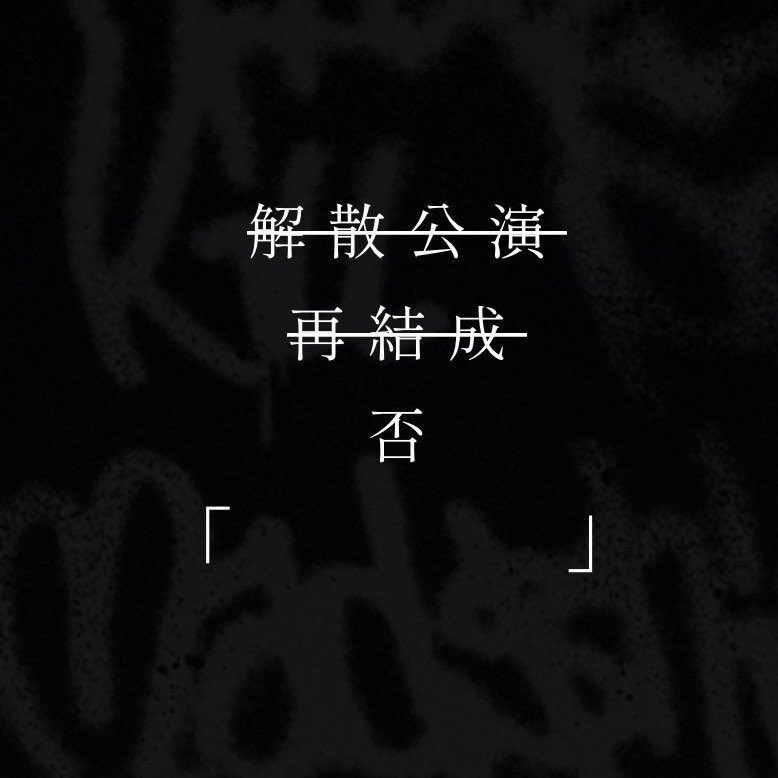 Translated, the words “disbandment performance” and “reunion” have been crossed out.  Finally, there is the word “No” and then open brackets; a blank space, ready to be filled in. Adding to the mystery, the Twitter post itself notes that the band will not be making any further comment until the performance in March.

Alright SuG, keep your secrets then.