NIGHTMARE also announced a domestic tour this spring under the same name.

At this time, details such as art, contents, and tracklist are unknown. However, we’re excited to see how NIGHTMARE has developed since their previous album!

Since its reunion, NIGHTMARE released three singles: ink, cry for the moon, and its latest single Sinners. Sinners is the second opening for the anime “Duel Masters King!”. You can check out the music video below: 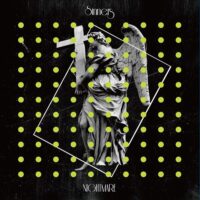 Regular EditionType B
CDJapan
To be announced