The band has confirmed that their debut EP titled Beautiful inferno will be released on December 22 with a total of six tracks. To keep up the energy for this exciting set of announcements, THE MADNA also revealed the music video for the playfully heavy second track MAD GAME. You can also listen to MAD GAME now on streaming platforms.

Vocalist Ryota not only sings but provides rapping too. His attitude and punk style fits extremely well for this occasion, making him a perfect candidate! To top it all off, the other band members put on a carefree performance.

THE MADNA has described its EP Beautiful inferno as going from “a heavy and arousing song such as MAD GAME to the gentle and heartwrenching melody of song Beautiful World“.

In addition to the description of the EP, the band explains that “the mix of the members’ craziness is what creates the band’s unpredictable sound, a masterpiece that hides endless possibilities and one which you won’t tire of!”.

THE MADNA will hold their first gig titled “The Far Lip.” on December 26 at Shinjuku BLAZE with the performance also being livestreamed. Details for the livestream will be announced at a later date.

The reveal of THE MADNA, the music video for MAD GAME, and the anticipation for EP Beautiful inferno have led to the member’s artist photos being published. Said artist photos perfectly encapsulate each member’s unique style and attitude. 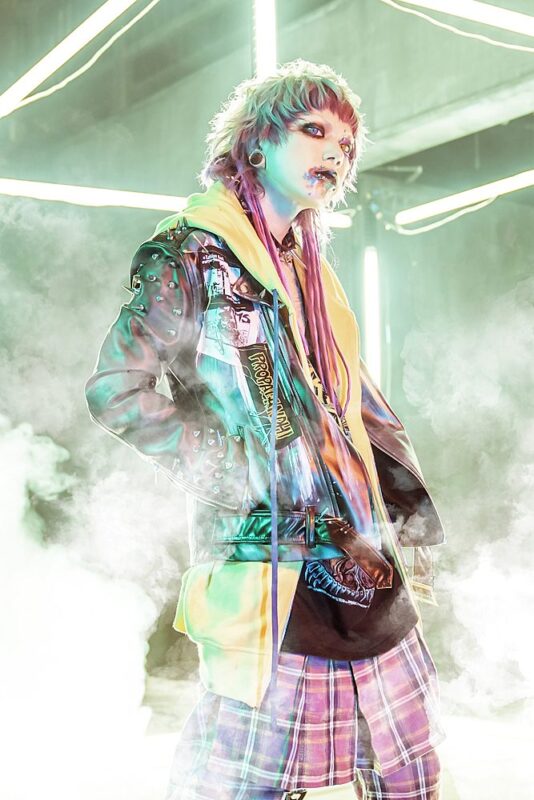 Additionally, DADAROMA is still on indefinite hiatus but that didn’t stop their vocalist Yoshiatsu from forming band Fukuro back in September. In turn, he published a long and heartfelt message on Twitter regarding DADAROMA’s hiatus.