sokoninaru is a band that has been making waves lately within the international Japanese rock scene because not only is its music aggressive and powerful, but also delicate with its male and female twin vocals setup. Consisting of Juko Suzuki on guitar and vocals, and Misaki Fujiwara on bass and vocals, the band offers a refreshing new progressive and technical rock sound.

After previously touring Europe, the duo now takes it a step further by joining the JPU Records family, a London-based label that has signed many prestigious Japanese artists!

This new move is soon bearing its fruit and international fans can already look forward to some exclusive content.

Not convinced yet? See the explosive power of sokoninaru yourself in its latest frantic music video Lament moment, the opening track from the upcoming album Choetsu.

As a side note, in case you’re wondering who the amazing support drummer is in the video, that’s Shiyu!

This is the result of pursuing purity more than ever, I feel like we went back to the origins of sokoninaru with this record. I feel like we’ve been able to match what we did with [album] Zero and push things even further, fuelled by the inspiration and influence given to us by our favorite music. This is the acclimation of everything we love, I hope you can enjoy this creation that’s manifest from all the things we find fascinating.

There is a lot of variety and new approaches to our music on this album. One is our ballad “white for”, which is the only song on the album to feature me as the lead vocalist. Please enjoy this new chapter in our journey as sokoninaru.

Check out where you can get your copy of the international edition down below, while you’re at it, feel free to inspect the interesting artwork created by Yorozu as well. 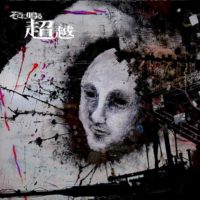