It’s been a long wait, and during this entire time, fans have been eager for the unveil of MORRIGAN’s first European tour dates. With the final teaser made on Kinetic Vibe’s twitter a day ago, we finally have information on the six tour dates that have been planned throughout the month of November later this year, in 2017!

Thank you to all the fans who commented on our posts, your voices have been heard and the organizers Kintec Vibe and the band’s manager V STAR PROMOTION have tried to get MORRIGAN as close as possible to your city!

Update 2017-09-02: Kinetic Vibe has acknowledged the error regarding the Netherlands show. It will take place in Amstelveen, and not Amsterdam. The article and flyer below have been updated.

Update 2017-09-13: Ticket information has been updated with the new information tweeted by Kinetic Vibe. 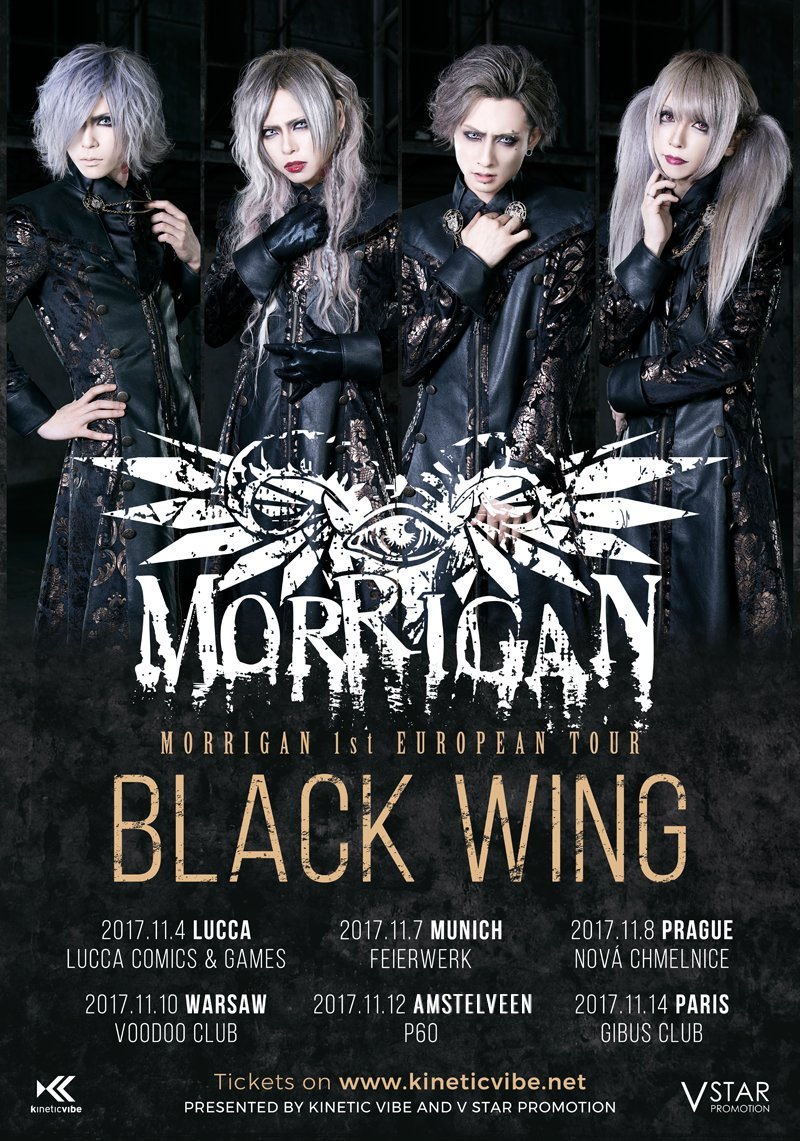