From time to time, we find and take note of Jrock bands we have yet to cover in monthly editions of Discover Jrock Bands. Last month we covered GAGA, TRiANLE SoNiX and Sally, which was very well received. This month it is NiAS, Pinnochio and Shiva! Special thanks to xLIZ4 who suggested Shiva.

If you spot any bands we have yet to cover, leave a comment below and we’ll try our best to give them a slot in the next edition. For now, get ready to find your next favourite band.

NiAS (昨日までの今日に無ィ明日。) was a visual band with a heavy sound which debuted in late 2014. Made of five members, two were former members of HiMeDOKI. That oshare kei band interestingly lasted only from February till November 2015, totaling ten months before moving on and forming this new band NiAS. Interesting note, NiAS has collaborated with clothing brand KRY, producing a T-shirt series.

Note: This band announced that they will be disbanding just as we discovered them.

Pinocchio ( ピノキオ) is a solo project by Amamiya Ryuto (雨宮流斗). Pinocchio’s first full album Melancholy box, is due for January 6 this year with ten tracks. Amamiya will be the vocalist and guitarist for this project. You may recognise this guy as he was also the guitarist for ClearVeil and Teddy (テディ).

Interesting fact, Amamiya started a fashion label TaiKutSu? which uses much imagery of cats on accessories and apparel. 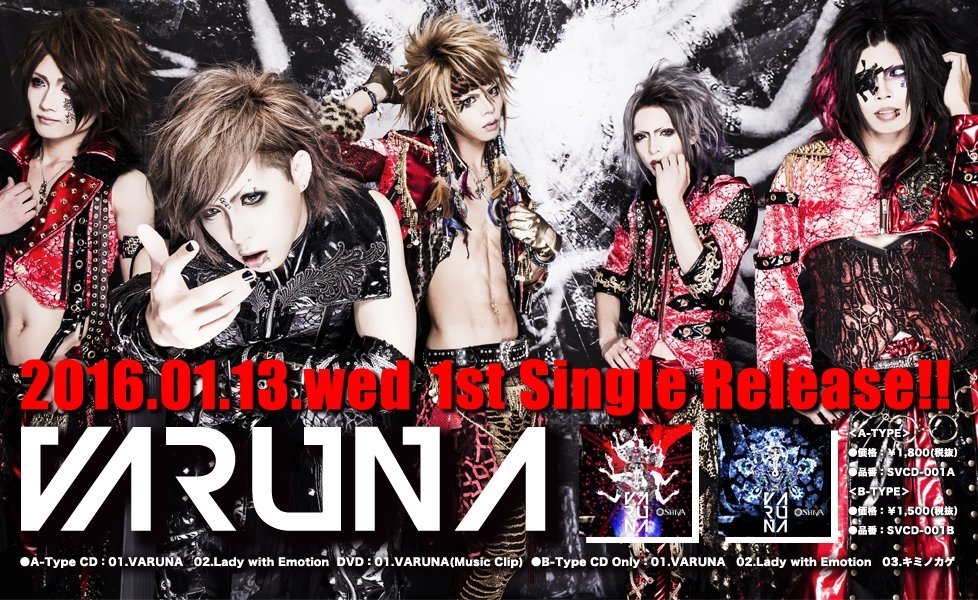 Shiva may sound and look familiar, and that is because they were formally known as the Hansai-based band Crimson Shiva. When Crimson Shiva’s drummer AKi left in May, they paused activities and restarted as Shiva in August 2015. Their first single VARUNA will be out on January 13.

The confusing thing is that there is another band also called SHIVA which disbanded in 2012 with four members, which have now re-grouped in a band called FALUNN.

How did you find these bands? Do you have a band you’re aching to tell everyone about? Let us know in the comments below.