Earthists. released its new single “Home” on July 7 and it’s available for purchase and streaming on major digital platforms.

With emotional melodies, Home is paired with a wholesome music video that follows the band members around in their daily lives. Although, behind the lyrics lies the agony and the reminiscence of the seemingly better past—until the day resolution is found.

Guitarist and clean vocalist Yuto has a bigger role this time around as the song is fairly toned down in comparison to the band’s recent releases, while main and scream vocalist Yui takes a backseat but shines during the choruses instead.

Give it a go and experience another side of Earthists.

Earthists. is a four-piece modern metalcore band hailing from Shibuya Tokyo, Japan that formed in 2015. They have been immediately growing to become one of the representatives of Japanese metalcore bands adopting many music styles like jazz-fusion, progressive rock, ambient, and R&B. While touring cities in Japan and overseas, they have never stopped pursuing the new music style. 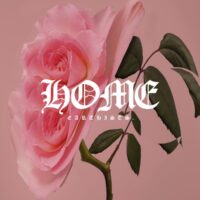