Joining the music game in 2016, The;Cutlery is a four-piece shoegaze and post-rock band that produces songs that feel vast and airy like the West Siberian Plains. The amplitude and reach of their sound will leave you breathless as their track lift you up to dizzying heights with their signature ringing guitar and gentle echoing voice.

Formed of Fumio on vocals and guitar, Fukushima Yuuta on guitar, Nakayama Shinnosuke on bass and Pino on drums, the band released their first album water;echo on April 22 this year. They have a couple of music videos from this release, so have taste of it below.

Whilst I enjoy putting music in the background whilst working, some tracks on water;echo kept distracting me—in a good way—so that I could make a note of the title to listen to it again later on. So far 404 NOT FOUND and melancholy room are by far my favorites from the album thanks to its epic and atmospheric flavors. The bright guitar riffs and bass are so much fun to listen to. Honestly, water;echo is such a well-produced album, you must give it a try.

Another track you might like is no regrets from their mini-album water;fall that came out in 2018. Leading in with marching drums rolls, it is once again airy as though nothing can hold back their music, transcending space-time.

Rushing winds into the sails of your soul with each track, The;Cutlery is an immense discovery if enjoy bands similar to tricot, Spangle call Lilli line, or even Taiwanese math rock band Elephant Gym, so be sure to have a listen and follow them and show this band a little love from outside Japan! 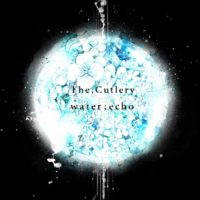