POIDOL announced on May 13 that they will disband after their last one-man tour titled “Period.”, with the final performance scheduled to take place on November 29 at Shinjuku BLAZE.

The reason for the disbandment points to individual differences between the band members as they explain in their parting messages—which you can read further down. It’s revealed here that they came to this decision before the start of their ‘KYOU-HAN-SHA’ tour, which was supposed to be happening now, but unfortunately canceled after only performing two shows due to the coronavirus pandemic.

However, the band has made it clear that they are not disbanding because they got along poorly.

Alongside this announcement, POIDOL has released its last single titled “link.”, distributed digitally which is also an effect contributed by the coronavirus. The single will conclude their three-part conceptual story created by vocalist Nana Ayase. Additionally, the band has plans to release a best-of album with more details to be announced at a later date.

POIDOL formed in October 2017 with the lineup consisting of vocalist Nana Ayase, guitarist Souta Nagi, bassist Ran Ayase, and drummer Ryo Hoshina. Not long after, Ryo Hoshina left the band in April 2018, during the same year, their new drummer Takuto Mikazuki joined in while releasing the single AQUA BLUE. During their three years of activity, POIDOL has released nine singles, the POIDOL-EP, and album JEWELRY BOX.

As their parting messages are quite lengthy, we have condensed and summarized them. 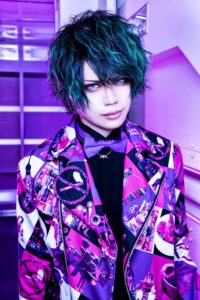 Vocalist Nana Ayase explains that POIDOL is not disbanding because they don’t get along, but because of other reasons such as their smaller goals not aligning with each other and that gap has only widened over time. The band they called “POIDOL” was slowly “melting away”. As the leader of the band, and as the vocalist, Nana blamed himself for not being able to realize this sooner.

By the time of the ‘KYOU-HAN-SHA’ tour, the band had already decided they would disband. It was a long thought process and tough decision, and also difficult to explain to those who were going to attend thinking “this is just the beginning”.

We were planning this tour before we even started thinking about disbandment, but the things we wanted to convey about our future had all become lies. Although I felt like that, when I was on stage I was trying my hardest and wanted to find the reason I was on stage, but that was only possible in Sendai. We entered into the period of self-restraint before I was able to get my thoughts and feelings in order, and I can’t get these feelings out anywhere. I’m truly disappointed.

His words on stage weren’t aligning with reality either, reminiscing to things he might have said on stage during every performance, like “I want to give this moment my all”. Despite the circumstances, he wanted to emit that impression to his fans, that they were artists that shone brightly.

The new single link. is not only the band’s last single but serves as a way for Nana to share his appreciation.

The single released today, “link.” is POIDOL’s final song. I wrote it to convey how much love and gratitude I have for our precious members and beloved fans.

I hope this song touches your heart.

Guitarist Souta Nagi explains that he doesn’t want to cause any misunderstanding as it’s simply not possible to convey his full thoughts or include sensitive details. However, he goes on to share his appreciation for POIDOL and how it was able to make his dream come true.

To the fans who supported us until now, I’m sorry that we have to announce it this way. I don’t want to lie about the reason for our disbandment, there are things I cannot say and I don’t want any misunderstanding to occur, as such, I don’t want to explain it in a brief manner either.

The threads that bound us together as members have slowly become unraveled. But even now, my feelings are unchanged and I’m glad we could play together.

Because it was the four of us, we could get this far. The dream I’ve had since I was a roadie, or standing on that huge stage, putting the songs inside my head onto a CD… POIDOL made all those dreams come true. I’m truly grateful.

To the fans that have always cheered for us. To my bandmates. Thank you, always.

Bassist Ran Ayase reiterates that the reason they are disbanding is not that they got along poorly but rather the small differences between the members’ way of seeing things.

I love being one of these four members. It is comfortable, we smile a lot, and they showed me a lot of music and things I’d never seen before.

However, working hard as a band and facing forward while having such vague feelings like “this is fun” or “I like this”, was not enough to continue on.

The reason is not that we got along poorly. The things that we had set our sights on as a band, each thing that we wanted to do, tiny cracks appeared one by one and when we realized, they had become a huge fissure. I couldn’t say exactly when but gradually, the band was eaten away by this kind of uncertainty, impatience, a sense of discomfort.

These hurdles were appearing over and over again, and slowly with time, it was no longer possible to repair what had become a “huge fissure” which inevitably moved the band towards the decision of disbandment.

The thought of link. being the last song they would write as POIDOL’s also made Ran evoke some uncertain emotions.

[…] the feeling of disbandment welled up inside me and it felt like some thread had been cut and I could no longer play, I could no longer think. At first I was puzzled, thinking that if we gave it some time a solution would appear; but then two painful weeks passed, and then three…

However, when the band met up again in a lighter mood in April, Ran picked up his bass again and realized something profound.

As I picked up the instrument I had been so afraid of, I realized the part of me that was having fun was there all along. There was also a moment where I realized that the power of music—good or bad—was really immense. It took around a month for me to face the concept of disbandment earnestly, and to be able to be open about these feelings to the other members, and to all of you.

I’m sorry to have worried all of you who have been waiting for us during the current state of emergency while we took a selfish break.

There are parts that are disappointing but, the existence of POIDOL was a really important thing to me.

I’m so glad we could all meet, and would like to thank you for loving our music.

Drummer Takuto Mikazuki also kept it relatively short, expressing that there is no simple way to explain the reason. Being unable to see the future of the band lead to the disbandment. Ironically, as a band, he felt that the members had become closer after deciding to dissolve.

I’m sorry to have saddened and surprised you with the sudden announcement.

I can’t find a simple way to explain the reason for it. Our ways of thinking, circumstances, values, ideals, reality… we had a lot of differences like that, and became unable to think about the future of the band and the decision we arrived at is what you could say our true feelings are.

I’m truly grateful to all of you Sapphires [POIDOL fans] who came with us on this journey. Because you were there, we were able to do our best and have a lot of fun on hard tours and during tough schedules. We were able to show you a lot of things, and in turn you showed us so much. Of course there are some things that I regret, but the days spent as a member of POIDOL are a precious treasures to me.

In life, many things come to an end. However, realizing that we can see the end, I feel like we have become closer as bandmates since we decided to disband.

We’ll shine through the time remaining until November in POIDOL style, and I hope we can finish with a smile on our faces. Please come and see us until the end. Please watch us with your own eyes until then.

Thank you so much.