It was abruptly announced, just before the start of their Europe tour, that girugamesh would unfortunately disband after the band’s final one-man show at Zepp DiverCity on July 10 (Check out our interview regarding their decision to disband here). With the UK up next after performing in Russia and Germany twice over, it brought them to the O2 Academy Islington in London once again for the very last time.

Joining them as support were Stereo Juggernaut whose music fitted in nicely with what everyone would hear later on that evening however, it wasn’t enough to prepare the audience for what was to come and nobody had to wait long to understand why either.

The lights went down once more as Introduction blared over the sound system, the guitar were enough to get anybody hyped. The cheers from the audience never diminished, only elevating while each member walked onto the stage and positioned themselves accordingly.

Refusing to pull any punches, the audio transitioned to the low-fi start of the sinister-sounding -chimera-. They then played songs such as the EDM-heavy wither mind, Go ahead, patchwork and b-side, Vision.

The constant bouncing sound coming from ShuU’s bass meant that it was time for CRAZY FLAG followed by the drum and bass influenced VOLTAGE. Satoshi signalled for a circle pit to form for slip out with the lyric line, “Somebody get me out of here” triggering the audience to start colliding into each other and this energy was repeated for the next song as he managed to get everyone to jump for INCOMPLETE.

Taking it down a notch, girugamesh took this opportunity to play their slower songs and some classics such as the emotionally-charged Fukai no Yami, the rap fuelled nobody and Owari to Mirai taking it to the MC.

Even after it had calmed down a little, they had no problems getting back into it as Drain was next, along with a few other songs that had their own defining moments such as the extended bass solo before the start of Driving Time and the call and response for Another Way with Satoshi getting the audience to sing ‘Whoa’ numerous times leading onto fan favourite, evolution and the suitably titled, END.

However, it was far from over as they came out, bringing along with them the signed United Kingdom flag. Nii put on a horse head given to him by one of the fans and started playing a solo, reigniting a long running joke not many understood to then finished on the encore songs, Zecchou Bang, Gravitation and Break Down. 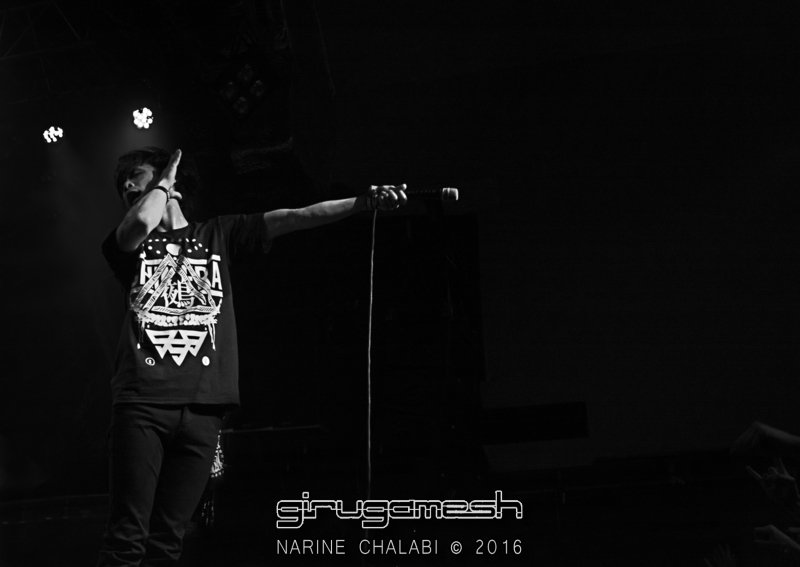 After saying their goodbyes, Big Bear Remix from gravitation played over the sound system as people excitedly rushed towards the exit to obtain merchandise. The set overall was a brilliant mixture of old and new material with the change between each song consistent and seamless. It didn’t matter at what point you got into the band, there was ultimately something for everyone, probably making it one of their best performances ever at the venue.