After the sad news of Galileo Galilei disbanding, we thought we’ll at least pick fans up with some more positive news to end their story as a band. Vocalist Yuki Ozaki and guitarist Oshio Kotaro have written a song for upcoming anime film, Dokyusei (同級生). The opening song is also titled “Dokyusei” and the music in the show has also been composed by Oshio, so be ready to get on the gentle acoustic guitar feels-train.

Dokyusei is a romantic boys love was originally a manga, now turned film due to it’s popularity and it will hit theatres in February 20. Check out the trailer which has English subtitles below:

The story begins during music class before the chorus festival, when male student Hikaru Kusakabe notices that the bespectacled honor student Rihito Sajō is not singing. Although he thinks that Rihito just doesn’t like singing, he finds him practicing alone in the classroom after school. – Anime News Network

It seems this is a popular manga/film as they will also be hosting an exhibition for the art. To celebrate the theatrical screenings from February 20, 2016, an exhibition will be held at Pixiv Zingaro. This show will host a collection of beautiful illustrations and original art of the art boards and character designs by the animation staff. In addition, there will also be a display of original and reprints of illustrations by the manga artist, Asumiko Nakamura. 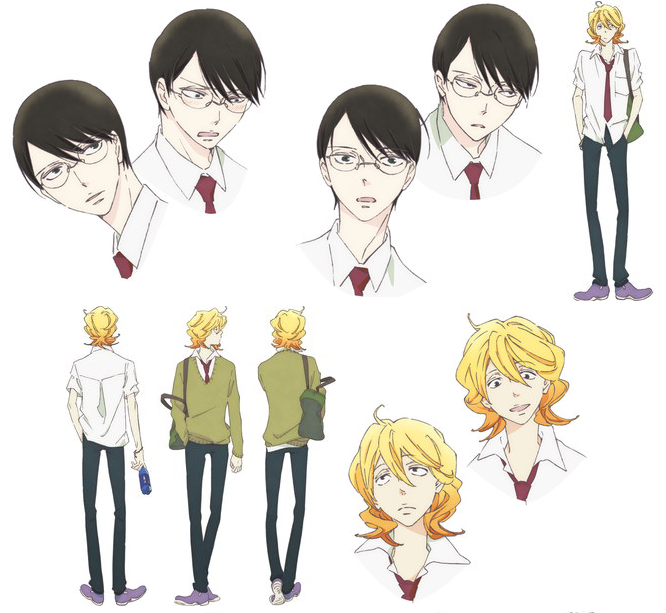 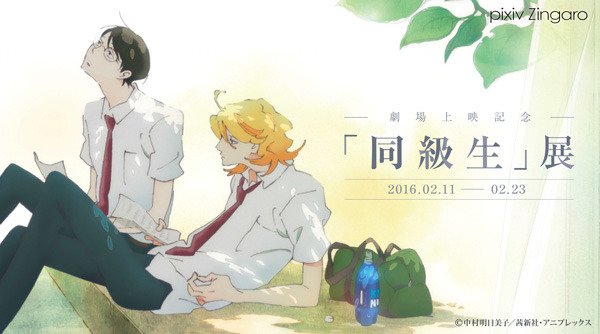