Alternative rock band ONE OK ROCK surprised fans with a double-whammy announcement this week. The band not only announced their latest single Save Yourself releases on June 24, but they also unveiled a North America tour for later this fall!

For the first time in almost three years, ONE OK ROCK prepares to take North America by storm this Fall! The four-piece band announced a whopping 23 live shows across the US and Canada. The whirlwind tour kicks off in Austin, TX, and finishes out in Los Angeles, CA. The four-piece band will be headlining along with special guests YOU ME AT SIX and FAME ON FIRE.

Tickets go on sale to the public on Friday, June 24, but you can access the presale now with the artist code “1OKR2022”. There are general admission tickets as well as VIP packages.

Tour dates and ticket links are available below.

Save Yourself for this intimate livestream

Additionally, ONE OK ROCK announced their first digital single of 2022, Save Yourself.  The music video premieres on YouTube on June 24 at 21:00 (JST), the same day tickets for their North America tour go on sale.

Just before the YouTube premiere, the band will host a live stream on YouTube at around 20:30 (JST) on the same day. During this intimate livestream, the band will share their thoughts and insight on the new single. Find when to catch the premiere at your local time on the flyer below! 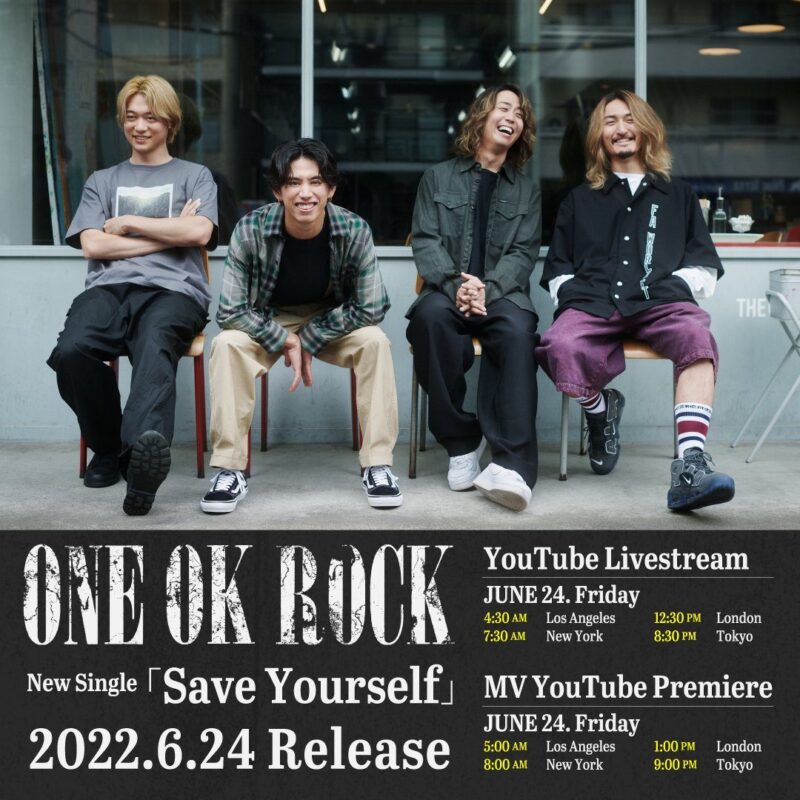 Promotional flyer for ONE OK ROCK’s single “Save Yourself”. 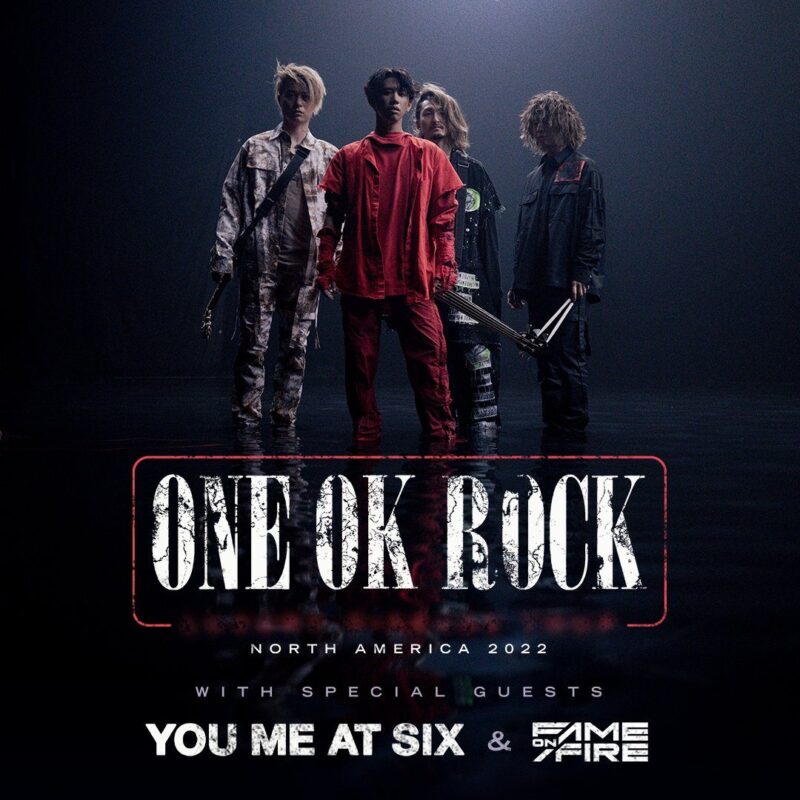 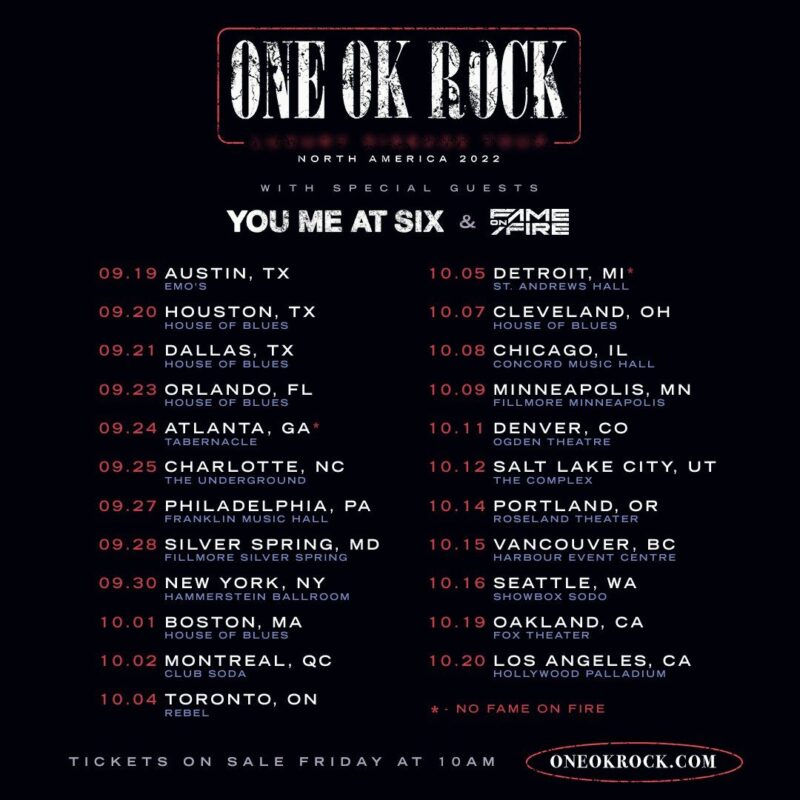 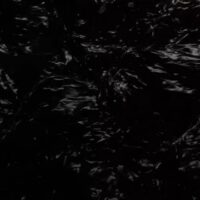