EGOIST premieres its vibrant music video for the punchy song “Gold”, from the single by the same name, and features top-of-the-line artwork by illustrator redjuice! It presents the character Inori in a mecha and military-like theme with a dangerous yet calm expression.

The music video offers mesmerizing visuals that along with the song, create a tense and upbeat feel. As the composition is created by the joint effort of the two DTM (electronic) producers TeddyLoid and Giga, the optical experience is suitably filled with abstract 3D objects and lots of motion that keep the viewer engaged.

Together with vocals by chelly, and the lyrics by ryo (supercell), it all synergetically blends into a masterpiece!

The cover artwork for Gold by redjuice adds a lot of details to explore. The triangular polygons in the background were created using the 3D software Blender, the glyphs and shapes using Adobe Illustrator, and the character Inori in the center is a standard illustration. 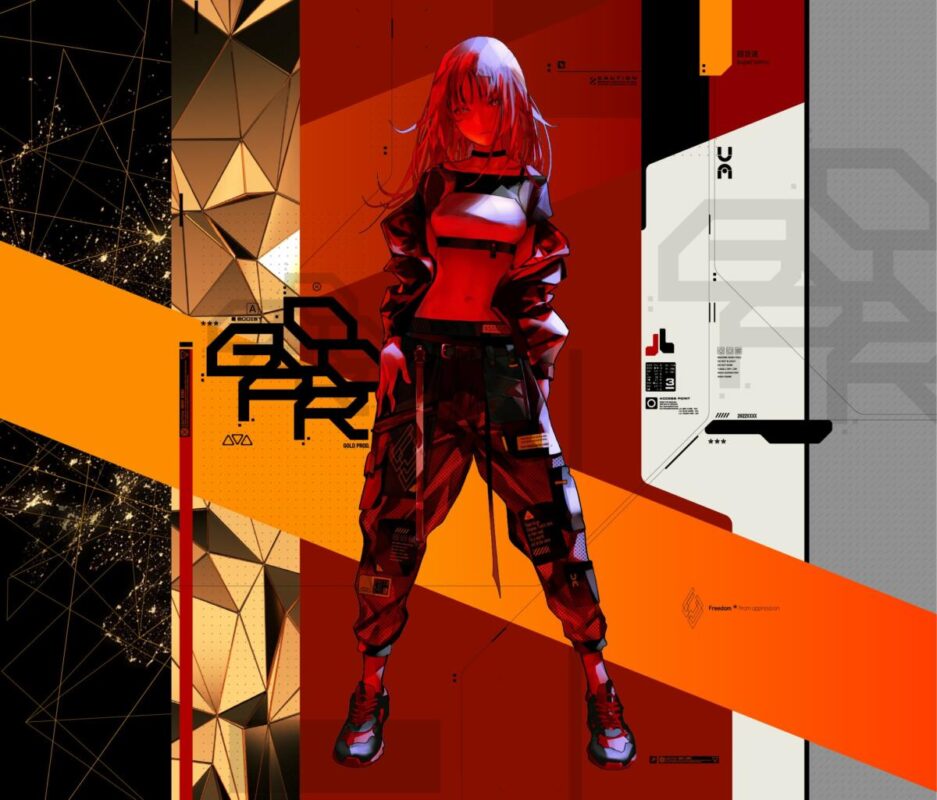 Artist artwork for the release of single “Gold”. Illustration by redjuice.redjuice

If you’re like us and are completely blown away by redjuice’s amazing art, make sure to take a look at the ongoing campaign ‘”GOLD”EN WEEK’ where 10 lucky winners will receive B2-sized posters.

The single Gold lines up as the 10th single and serves as the opening theme song for the card game anime “Build Divide: Code White“. The title track was pre-released on April 10 as a standalone digital single, but the full release won’t be out until June 15.