The results of the 2021 Sanrio Character Ranking Contest are in, and Yoshikitty conquered over the competition in four countries: Italy, Germany, France, and Thailand!

Yoshikitty scored a top 10 ranking in the contest every year since 2015. This year she placed 11th overall, in stiff competition against the likes of Pompompurin and Cinnamoroll. During the awards ceremony, which was broadcast online this year due to the ongoing pandemic, YOSHIKI made a special guest appearance to thank his fans for supporting Yoshikitty.

To all the fans of Yoshikitty, thanks for your support! In the international ranking, she won first place in Germany, France, Italy and Thailand! In Japan she was ranked 11 overall. Thanks!!! Love, Xx, YOSHIKI 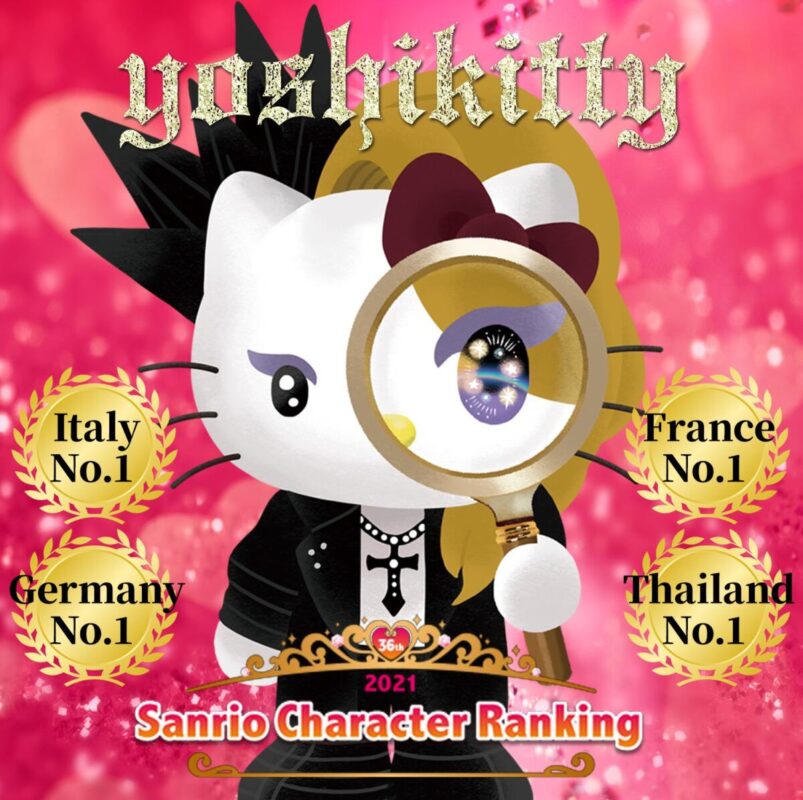 Yoshikitty conquers the competition in Italy, France, Germany, and Thailand!

Although Yoshikitty didn’t walk away with the overall win this year, she did walk her way into another honor!

Each year the health-focused electronics company Tanita produces a line of Sanrio-themed scales and pedometers in honor of the contest. For the second year running the official Yoshikitty products reached the highest number of advance sales, earning her the prestigious “Tanita Award”! 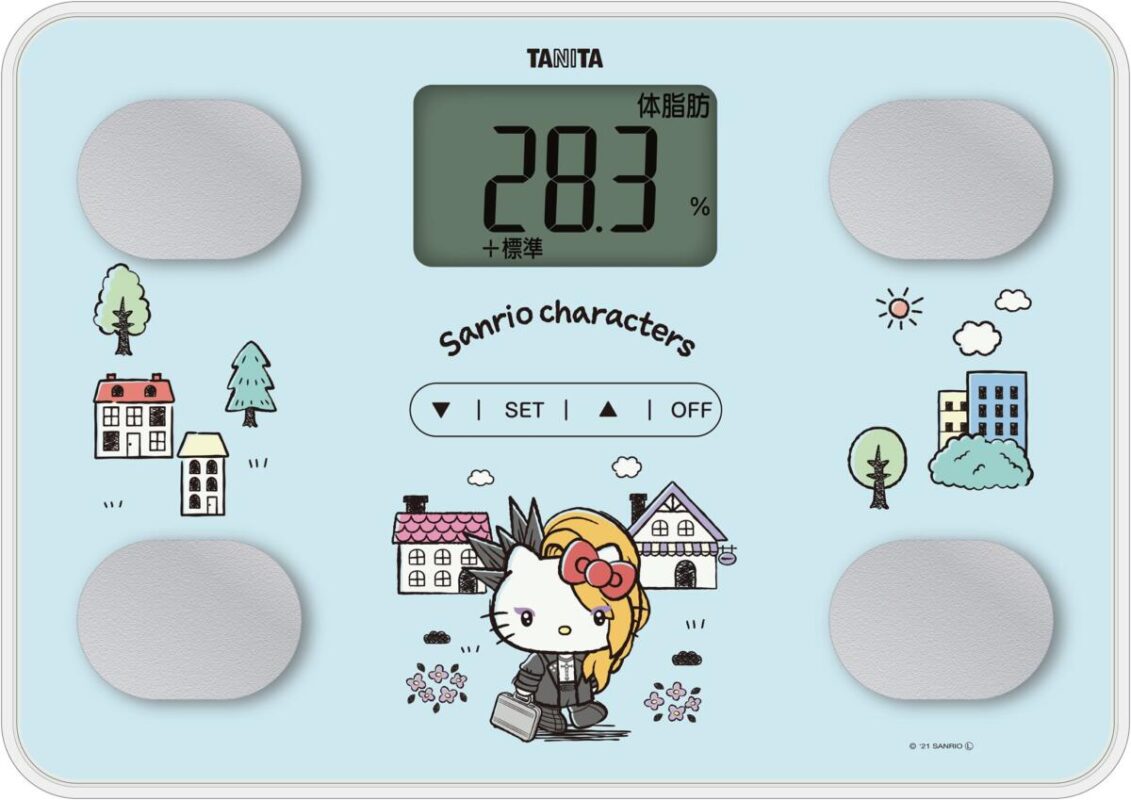 Yoshikitty’s official scale, which shows her living an active lifestyle.

If you’d like one for yourself, the scales and pedometers are made to order and available on Tanita’s website. Reservations are accepted between June 9-26 at 10:00 am (JST). The products will be completed and shipped after early October 2021.

Yoshikitty’s success abroad can be attributed to her muse, YOSHIKI, and his activity on the global stage. In the past year, the legendary musician performed at Carnegie Hall in New York, and starred in his own Disney-produced documentary “My Music Story”.

Though she didn’t make the top 10 this year, she remains a much-beloved character with an international fanbase. We love seeing that edgy, rock and roll characters can be “kawaii” too!