London-based record label JPU Records has once again increased its family with new members, this time it’s the female band NEMOPHILA! The announcement is elevated with the additional reveal of the exclusive overseas album OIRAN – EXTENDED EDITION that will be available on June 25. Certainly, this comes as exciting news from the unit that has been referred to as a “Super Metal Band” since debuting at METAL WEEKEND 2019 in Tokyo.

In detail, the album will include their debut ear-grabbing single OIRAN, plus all their original song discography up to this point. Now is a good time to get in on this deal. First, they knocked our socks off last year with the initial release of OIRAN and then again on hard-rocking RAITEI (雷霆). Second, they are calling out from Japan to the Anglosphere with an English version of DISSENSION.

Notably, the English phrases of DISSENSION are translated by budding multi-language speaker SAKI. Who, by the way, plays guitar in Mary’s Blood, and AMAHIRU. Is she the hardest working girl in metal or what? In addition with this much talent in the band, it is obvious why their fame is growing. Vocalist mayu’s impressive dynamic range from growls to harmony, highly respected guitar heroes SAKI and Hazuki, the dynamite on bass Haraguchi-san, and knock-out precision drummer Tamu Murata.

Undoubtedly, their energy and charisma are drawing attention from fans as well. Look at the fun they have in the recording studio while performing cover songs from pop artists such as NiziU and Princess Princess to heavy bands like BABYMETAL, and Iron Maiden. But for this writer, as an auto enthusiast and classic rock fan, check out the KISS cover about “Motor City” with full-on face paint! Get up, get down, and lose your mind in Detroit Rock City. 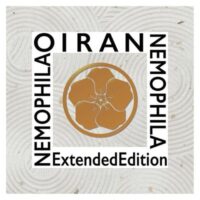