The Youtuber CDawgVA, also known as “Connor”, recently shared a very interesting video that introduces visual kei. But for him to actually get a good grasp of the whole movement, Connor ended up becoming a visual kei rock star himself with the help of the veteran musicians of ACME!

After having spent two eventful days as a rock star—one for preparation, and one on stage—we wanted to know more about Connor’s perspective and what the experience was like.

Before jumping into the interview, you should of course give Connor’s video a go if you haven’t yet!

Not only did we really enjoy your adventures with ACME, but we really appreciate that you introduced visual kei to your audience! Could you tell us how the idea initially sprung up?

Back in March of 2020, I was offered the chance from FAKE STAR USA through my agency, GeeXPlus, Inc., to meet the band and possibly make a video. I thought it was a really cool idea, but I knew absolutely nothing about visual kei and that side of music. So I thought why not learn with my viewers. But sadly the coronavirus hit and the video idea was scrapped… But luckily the chance came back up and after a bit of thinking we jumped at it.

We’re glad you did! Considering how informative and lengthy the video was, how much effort was put into making it?

There were two different days of shooting, around 10+ hours, and then a further 25+ hours of translating, editing, and adding finishing touches. Overall quite an intense process, but I think the results show the work put in!

On the band’s side, they took about a week to adjust the original schedule to make sure there was enough time for the shoot, setting up, and rehearsal. Even the outfits for the Day 1 shoot were coordinated in advance by the designer team.

In preparation for your stage performance, you had to shave your beloved beard. At that point in time, what kind of expectations did you have of yourself, and do you feel you lived up to those expectations?

I honestly had zero ideas what to expect, I was busy mourning the loss of my beautiful beard.

You mentioned you knew “absolutely nothing” about visual kei. So what was going through your head when you decided to do the collaboration?

I always just hope the people I meet believe in the video and their topic. It’s hard to make a good video if the people teaching you aren’t passionate about showing you everything awesome about their topic.

Now that you’ve met ACME, how was it hanging out with them? 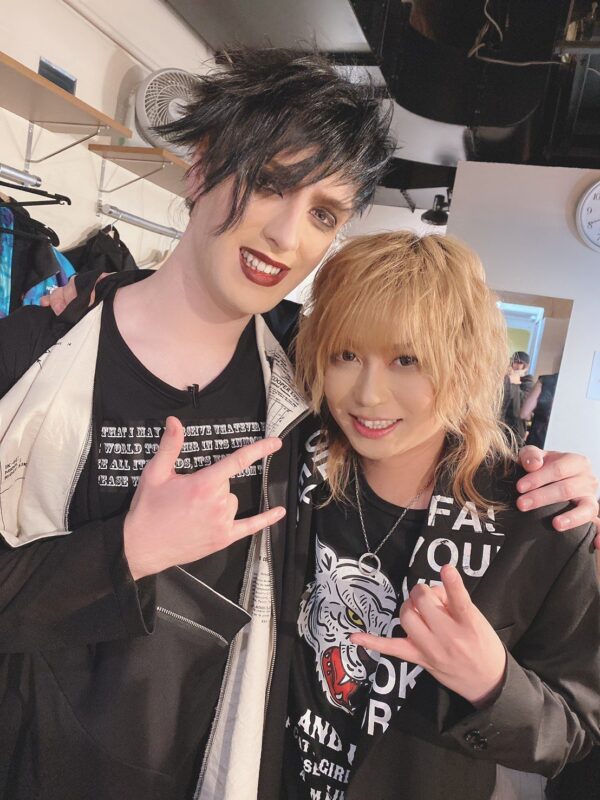 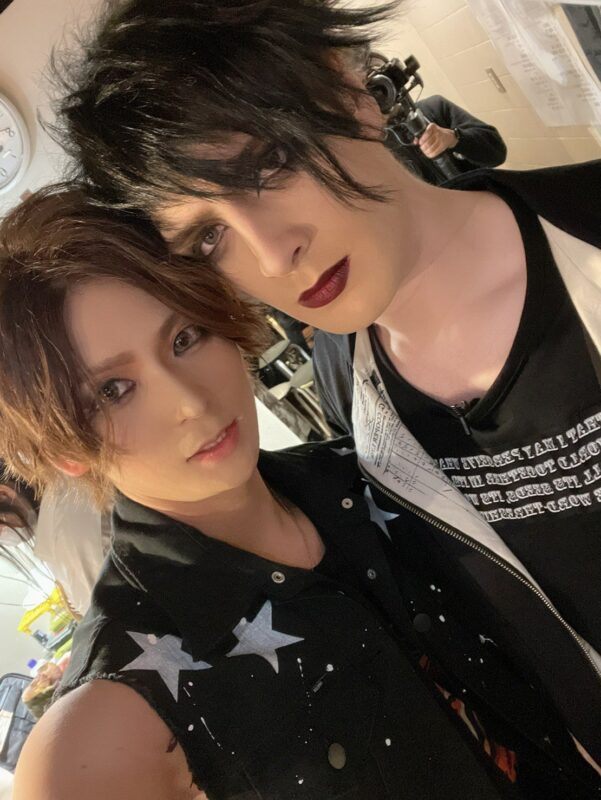 We all know how it went down on stage, but what would you do differently if you ever got the chance to be on stage again with ACME?

Honestly, no, maybe I could sing, or learn an instrument? But I just enjoy being the clown on stage haha!

What part of it was the most surprising?

Easily the audience; I didn’t expect them to be so quiet!

How about your most memorable moment?

Honestly, hearing how much they missed performing due to Covid, and then shortly after getting to see them perform for the first time in months and seeing that pure joy. It was really endearing and you could easily see how much they loved performing.

After spending two days with ACME, do you feel you grasped the whole idea of “visual kei”?

I think so, I think it’s hard to grasp a whole genre off of one band, but I’d still love to learn more, like what started visual kei? What caused this birth of a genre?

You also got to do one of the most visual kei thing of them all: snapping chekis (polaroid photos) and sell them. How well did you perform in your opinion?

I would say a solid 2/10, I just don’t think I looked even remotely good! Haha! (Compared to the band.)

Do you think you could, or want to pull off the visual kei lifestyle? Do you need more training from senpai CHISA perhaps?

I think I need a few more years to even consider being able to pull it off haha. But I don’t think it’s for me personally. I like being cozy in my bedroom playing video games live over being on stage haha. 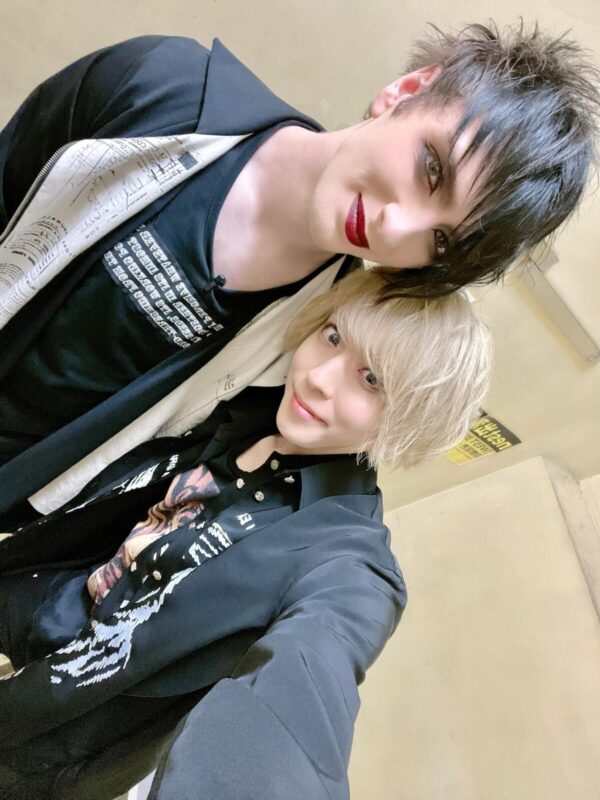 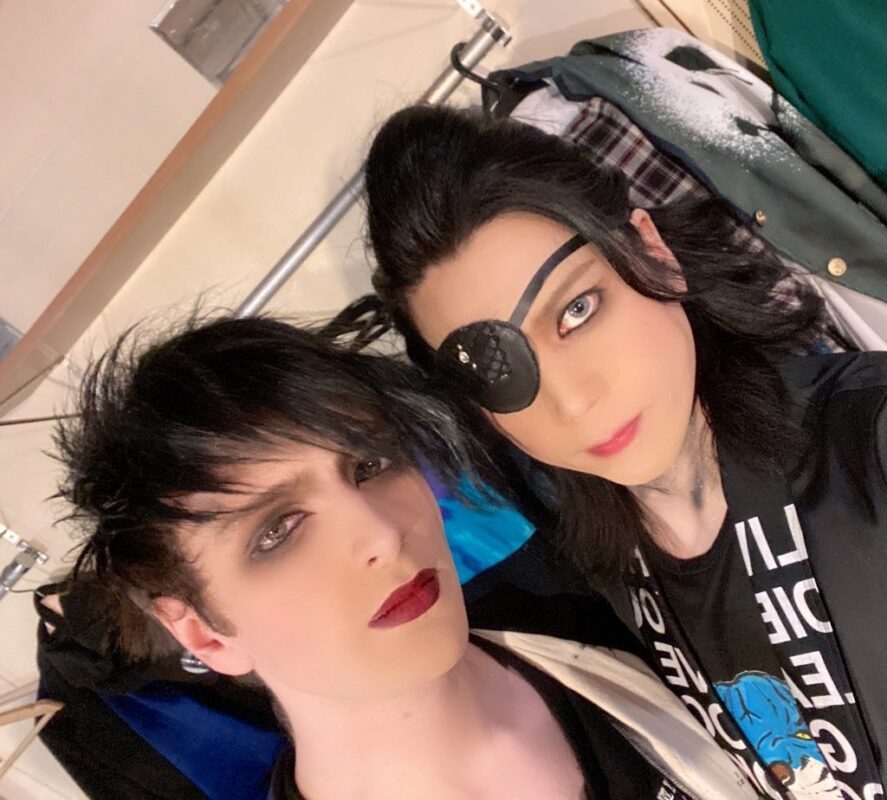 You’ve done other crazy videos like being a host, butler, and even pole dancing. In what way was being a visual kei artist more challenging?

This was a different type of challenge. All the other ones there were always limited people watching me, but going up on a stage in front of people who aren’t in on the joke is very daunting. But I just hope they enjoyed me haha.

Which of your videos would you say is the strangest one you’ve filmed?

Easily the Host Club. It’s such a bizarre world, and even after filming and experiencing it, I don’t fully understand how it all works and its appeal. But that could be a cultural difference.

As you recently moved to Japan, you’re in the process of learning the language. How is it progressing?

I’m quite happy with the progress I’ve been making. I always wish I had more time to dedicate to learning Japanese, as it’s a bit hard to keep yourself motivated when some of my friends are learning Japanese full-time and aim to be fluent in three to four years, and there you are having four hours a week of formal lessons. But I am happy that considering I am normally working 8-12 hours a day and still finding time to improve my Japanese.

In your gaming livestreams where you voice chat with Japanese people, you seem to be picking up quite well of what they’re saying already?

Ah yes, I think the best practice is to throw yourself into talking, it’s daunting and is quite embarrassing live but with enough confidence people enjoy it! I do think I understand what is being said to me much more than my ability to reply, which is a bit tragic. But I’m happy!

Would you recommend playing games like you do to learn Japanese?

Yes! Honestly, being forced to apply what you’re learning in a real situation is by far the best way to ensure you keep learning, in my opinion at least. I sadly don’t learn very well from reading or just speaking to myself haha.

Big thank you to CDawgVA (Connor) for taking the time to satisfy our curiosity, and also  FAKE STAR USA and GeeXPlus, Inc. for making the interview possible.