The British Youtuber who now lives in Japan, “CDawgVA“, or also known as Connor, recently joined ACME for two days in order to discover more about this thing called “visual kei”—I bet you never heard of it before. Not only do we learn about visual kei, but also more about the members of ACME, and ultimately what it would feel like to be on stage with the band.

Connor has previously done a handful of wacky videos of other aspects of Japan, such as being a host in a bar, a VTuber (virtual Youtuber), and he has even challenged pole dancing. With all that in his bag, being a visual kei artist can’t be that difficult, or can it? 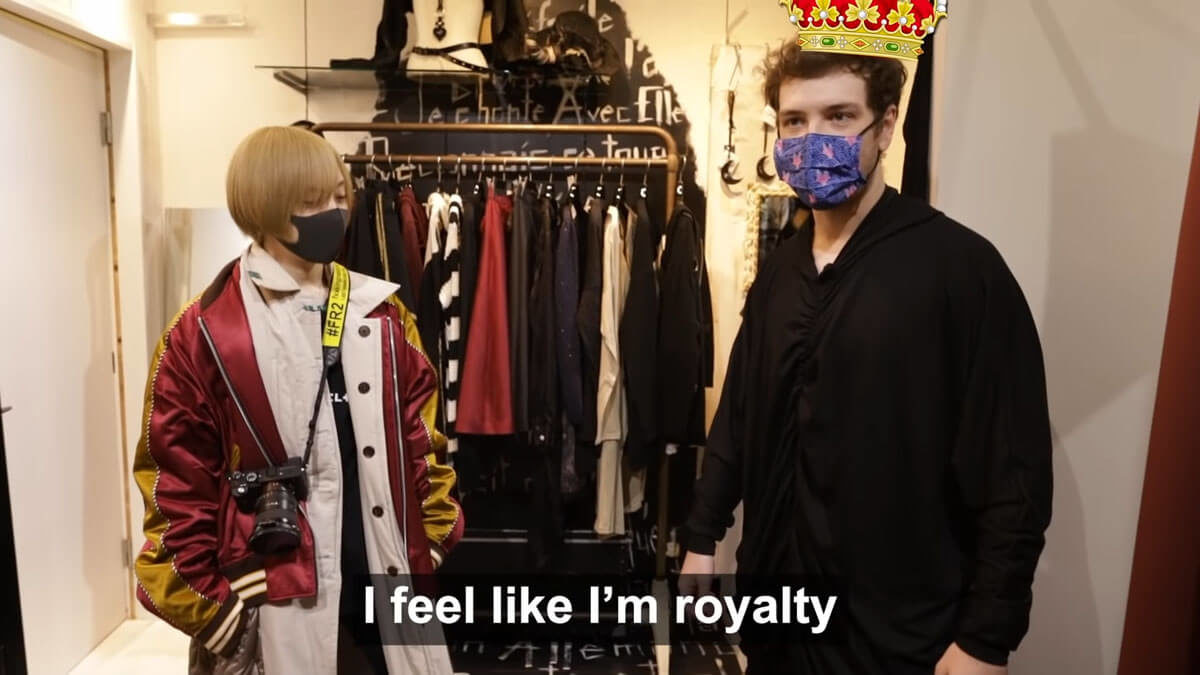 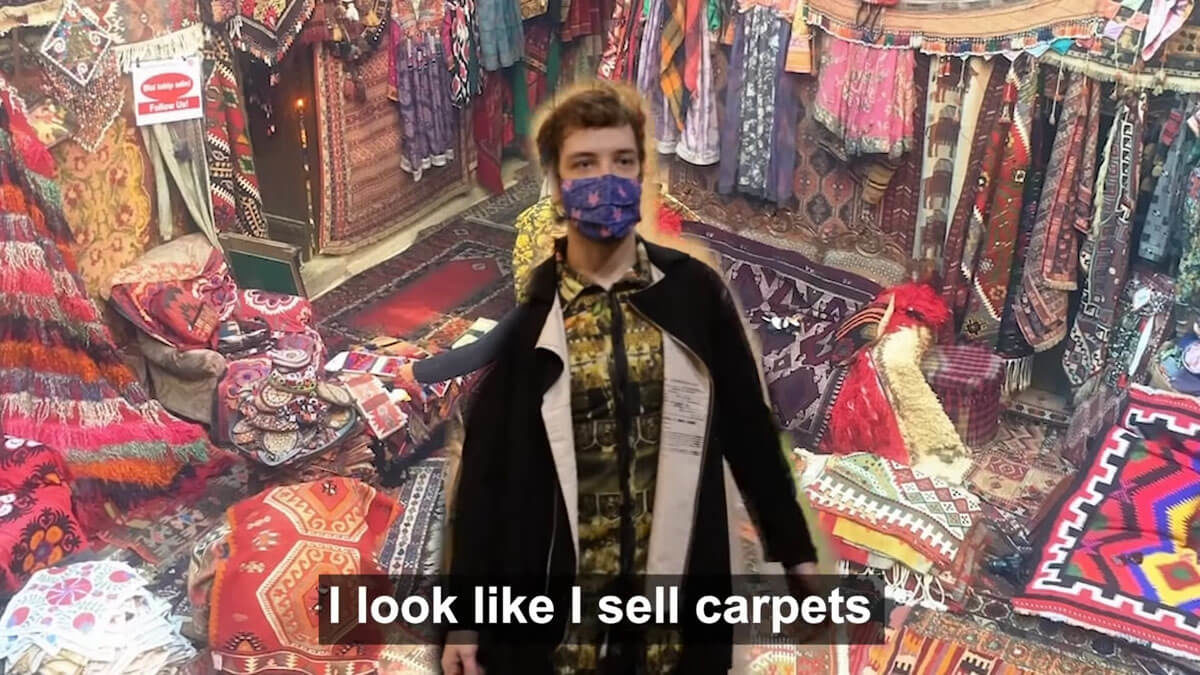 A big part of visual kei is of course the outfit, so before Connor even had the chance to go backstage, he had to first pick out a good look for the D-Day.

While picking out an outfit, he took the opportunity to learn more about visual kei and vocalist Chisa’s background. 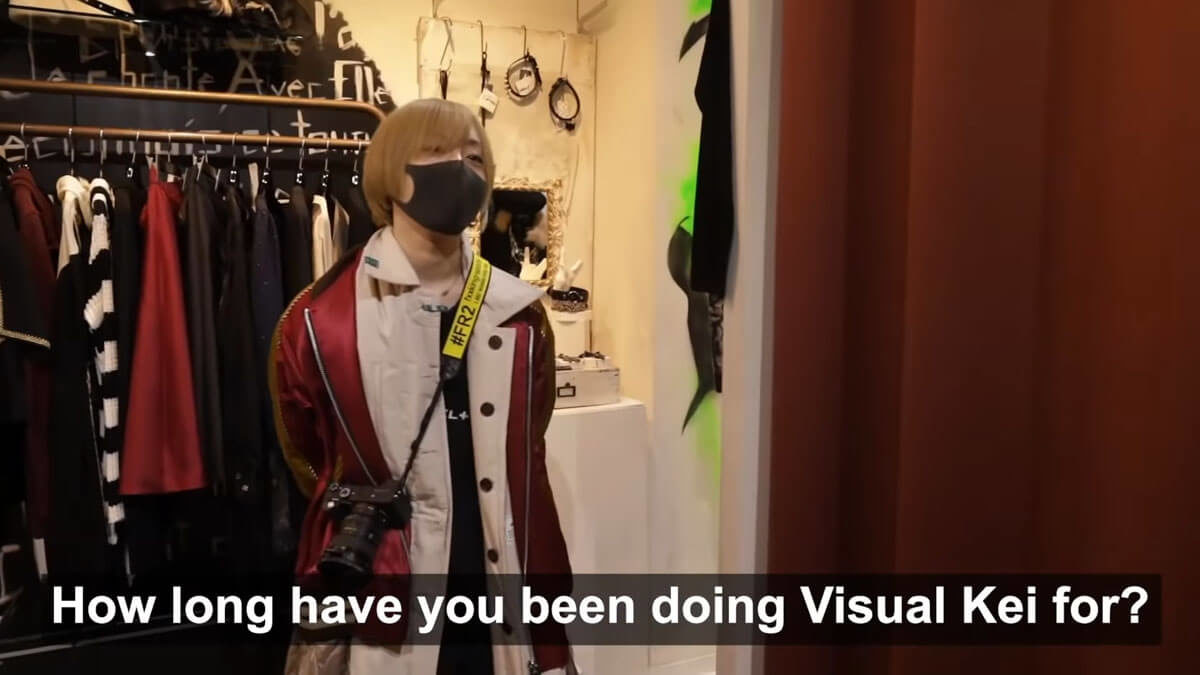 Connor: How did you get into visual kei and joining a band of sorts?

I love Slipknot, in Japan they would be categorized as visual kei [laugh].

Connor: How long have you been doing visual kei for?

And we also find out the appeal of visual kei.

Connor: What do you like about performing visual kei the most?

Chisa: Being able to change your appearance to something you like. You can change to look cuter, or go for a darker look.

Day 2 – Preparing chekis for the concert 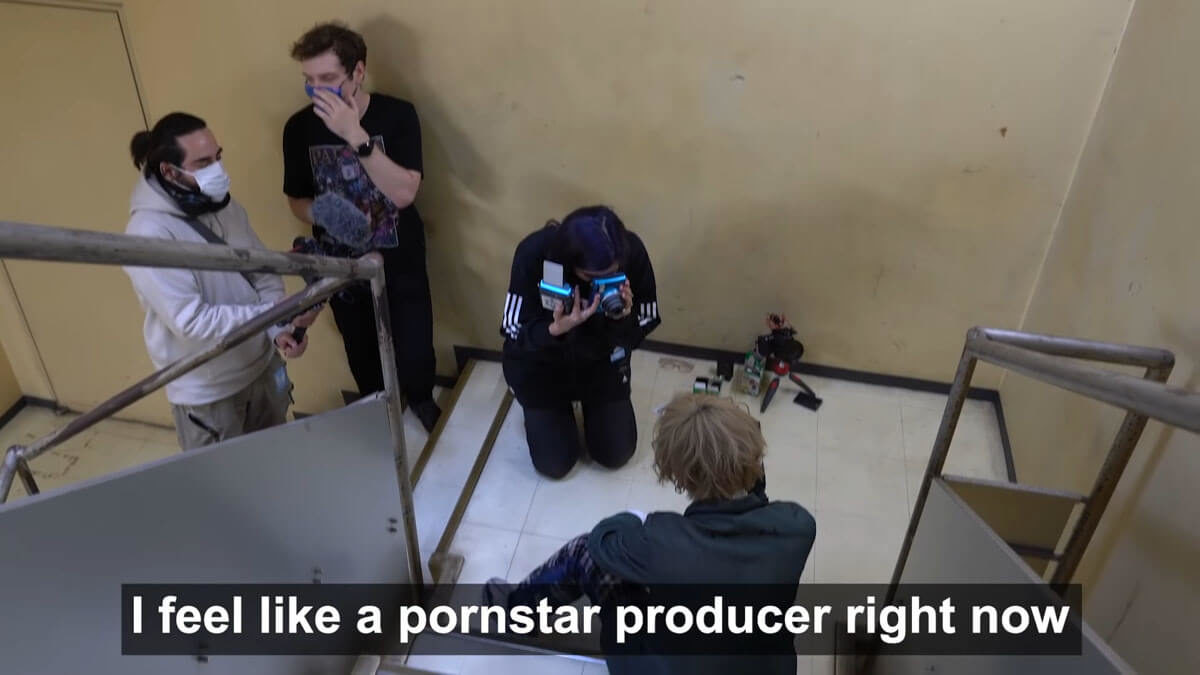 Chekis, or polaroid photos, have always played a big role in the visual kei scene and we learn that it’s one of the biggest sources of income for bands. We’ve previously talked about this aspect in our interview with visual kei drummer Kenbo, so make sure to give that a go too!

Chisa shared some interesting things to watch out for when taking polaroid photos.

Chisa: It’s always difficult to find good spots to take pictures at the venues. The thing we have to watch out for the most is the WiFi password is behind us when we take these pictures.

Surprisingly, Connor himself actually also got the chance to take a few photos, and spoiler alert, got all of them sold out by the end of the day! At this point, this is what he looked like with all the makeup and the outfit on. 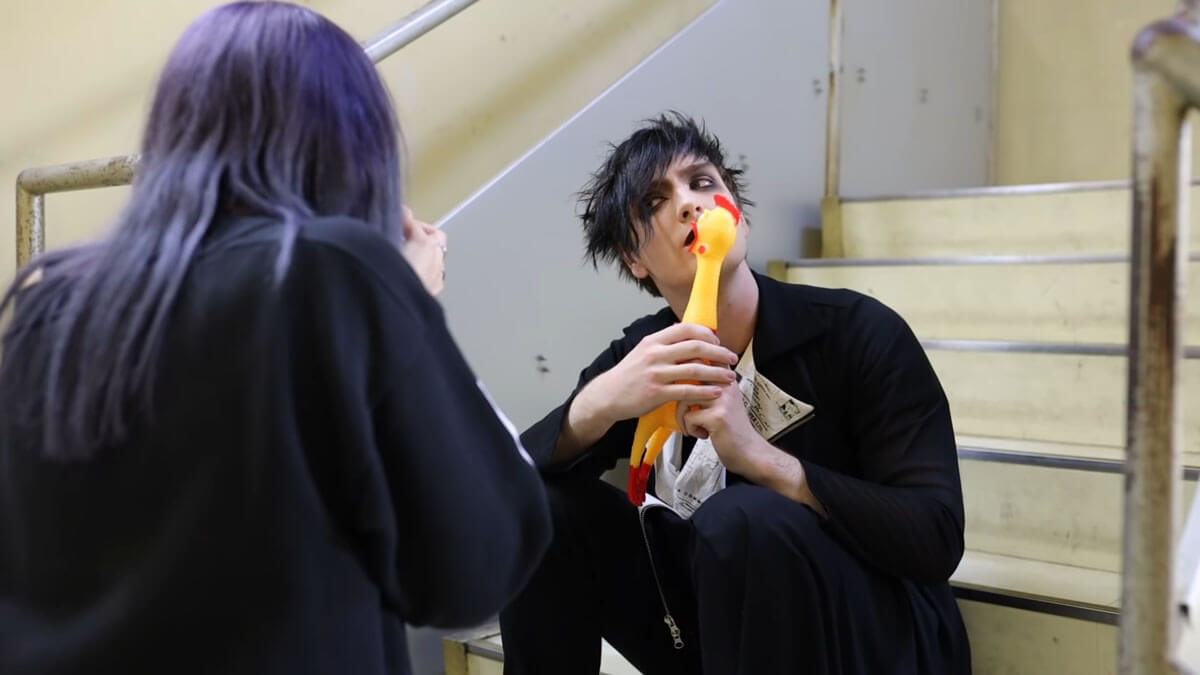 Kissing a rubber chicken for a polaroid photo.

Day 2 – Headbanging with ACME on stage

After all the preparations, Connor just had to wait until he was being called out to stage. Coincidentally, the show was also being livestreamed and a few of his fans actually spotted him and reacted on the chat. 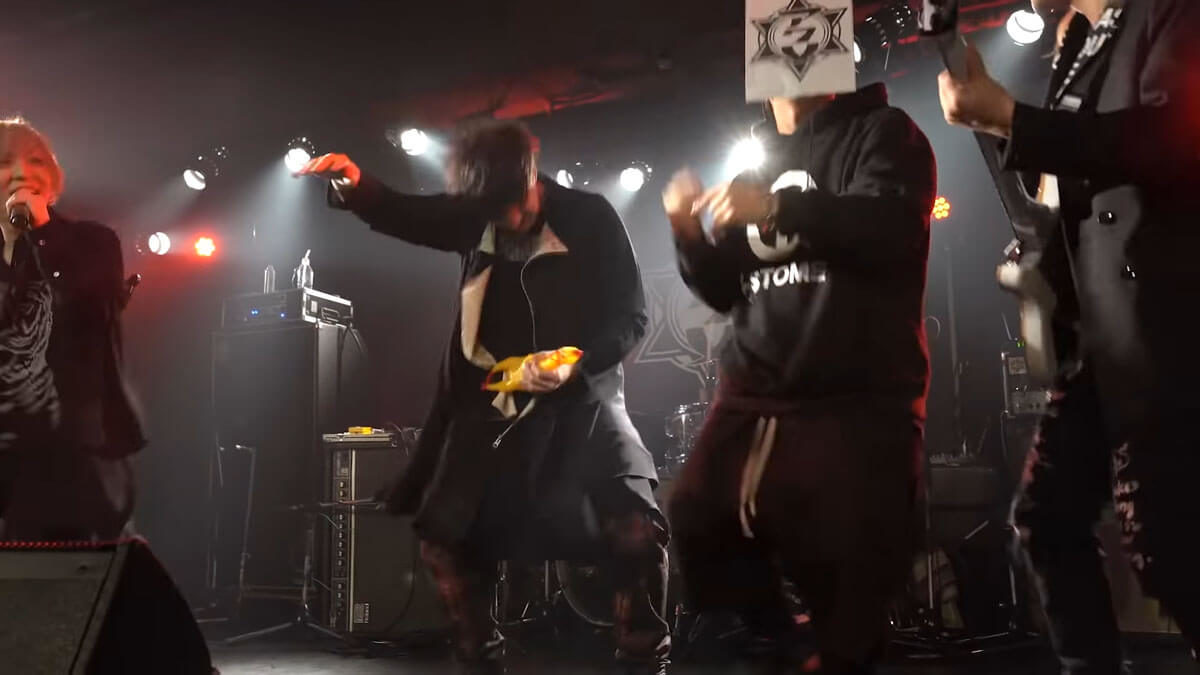 Connor headbanging on stage with the band. “I had neck pain for four days after this”.

While he described his stage experience as “Never have I ever had three minutes felt so damn long in my life”, we thought he still did pretty well considering how all of this was new to him, and he definitely gave his best shot from the beginning of the journey to the end of it.

We’re really thankful for Connor sharing his experience with ACME, and of course big props to ACME for willing to be on camera for all this. It is especially heartwarming for fans to be able to see this type of coverage in times of a pandemic. 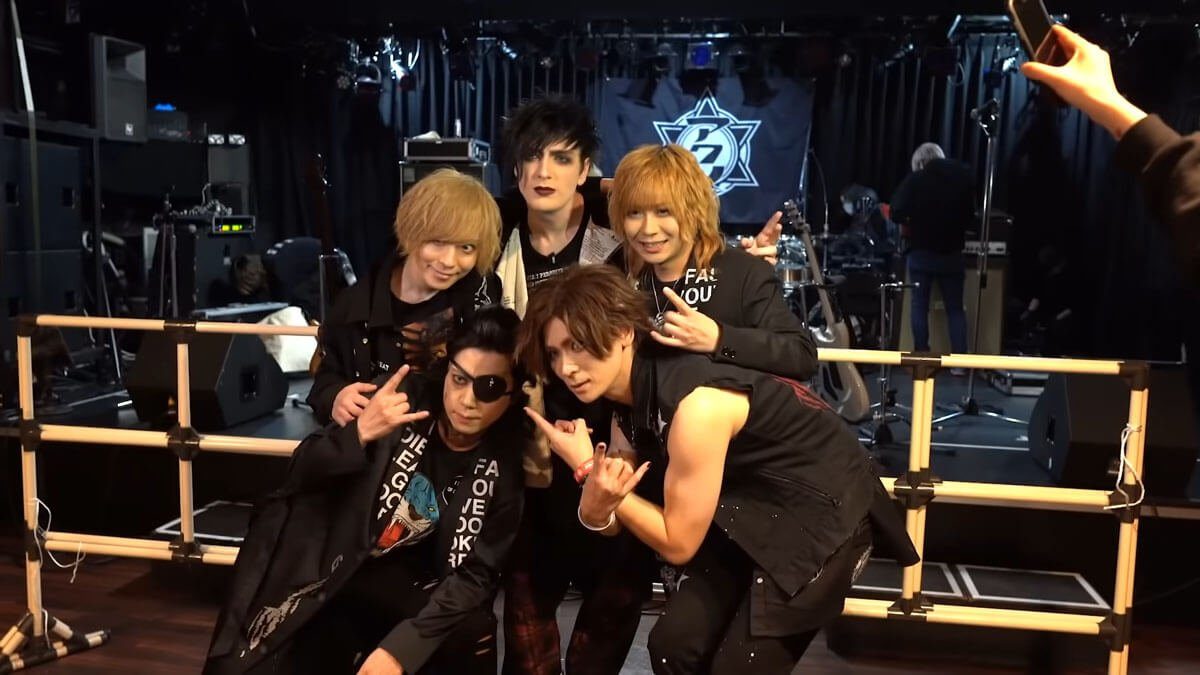 Connor with ACME at the show.