Singing out for the youth today to speak out for our future and break out of the darkness, this track is a glimmer of light that calls for us to stand up and continue fighting.

Inspired by bands such as Nirvana, LINKIN PARK, Hoobastank, amongst many other Japanese bands—KenCove from Tokyo is a rock singer and songwriter who creates songs drawn from these famous sounds. During junior high school, he loved ELLEGARDEN and L’Arc~en~Ciel, so keen ears can hear a little of that influence in his current sound too. Between 2008-2019, he was the vocalist and guitarist of the rock band Several Calamities but left to start his solo career in the spring of 2020 in the pursuit of broadening his horizons as a musician.

He is now a multi-faceted self-producing artist who dips into all areas of the work—including writing, recording, mixing, sound source production, as well as video production. If you enjoyed Youth of Gold, be sure to check his previous tracks Colors and Still which are both beautiful tracks. 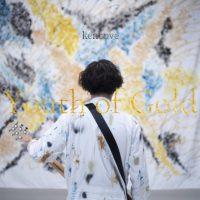