WagakkiBand put out a brand new single titled Sakura Rising featuring the heavenly voice of Amy Lee, lead singer of American band Evanescence. The song arrived on September 18 to digital platforms and will be included as the lead track in WagakkiBand’s upcoming full album Tokyo Singing, which comes out on October 14.

The single Sakura Rising was accompanied by an animated lyric video—a collaboration between Japanese and American illustrators—that depicts the impact of the coronavirus pandemic on everybody’s life.

The sakura (cherry blossom) in the video is used as a symbol of how people are still connected despite being physically apart. This is best exemplified by the collaboration between WagakkiBand and Amy Lee as they were hard at work even during the lockdown. While the collaboration song Sakura Rising took shape with guitarist Machiya and Amy in the studio a day before the joint performance in Osaka, it was only pieced together and finished later by exchanging audio files online, from Japan to the US, vice versa.

The members of both parties shared their thoughts on the experience:

Working with Wagakkiband was a completely unique and very special experience for me.

They invited me to Osaka to perform with them in a symphonic concert, and while I was there, we thought it would be fun to try and write something together. I really didn’t know what to expect. Even though we speak different languages, and only had a couple of days together, the creativity just flowed and we ended up with a really cool piece of music.

After I flew home, Yuko and I began writing each other lyrics back and forth, interpreting and reflecting on each other’s meanings. As the pandemic hit, we wrote about the same experience from two perspectives, and in two languages.

The heart of the song is about unity. We are all the same kind- humankind. We have to fight together instead of fighting each other. And though we have been pulled apart, we are still together on a deeper level, in spirit.

In collaboration with Evanescence’s Amy Lee, our new song is finally finished.

About two years ago, Amy watched our concert video and asked us to meet her, so Machiya and I flew to Los Angeles to see her concert in person. At the time, we promised to collaborate someday.

About a year and a half later after her concert, we invited Amy as a special guest to our concert held in Osaka-jo Hall. During Amy’s visit, we were able to go into the studio and finally create the framework of the new song together. After Amy went back to the US, we exchanged emails and data back and forth; and Amy and I had many enthusiastic talks about the lyrics.

Affected by the new coronavirus, we prayed for each other’s safety and always exchanged information about the situation in each country. Then, overcoming the language barrier and time differences between us, this song was finally born.

Because of the equal situation in the world today, we could relate to each other more than ever; and it’s become a song that we could only make now. It’s a sound that WaggakkiBand never had before. Crossing the oceans and wishing for peace together, this song is filled with our desire to be united as one to usher in a new era together.

Having the opportunity to collaborate with Amy has finally been realized! Thinking back, it’s been about two years since we first met, so I would say the feeling is closer to, “We finally made it!”. Performing together in February at Osaka-Jo Hall, where we had the chance to create together face-to-face was amazing!

Amy was overflowing with so many different ideas that approached the concept from a different perspective, it was a very meaningful experience to be able to share ideas and spend time together! When we went into the recording studio to work on our concepts, I was overwhelmed by hearing Amy’s vocals in person! Even just her humming, I was like “Wow, how awesome!” you know [laughs].

I was super excited and inspired, and I made sure to give all my energy to this piece of work. I devoted my heart and soul to respond to Amy’s amazing talent and presence. With ideas from Yuko and myself, we put every effort into creating harmony!

I have loved Evanescence ever since modern alternative rock music first came to Japan. It has been a great honor for me to be able to work with Amy on this album, and I am very grateful for this encounter and opportunity!

The album Tokyo Singing is now available for pre-order in four physical editions. 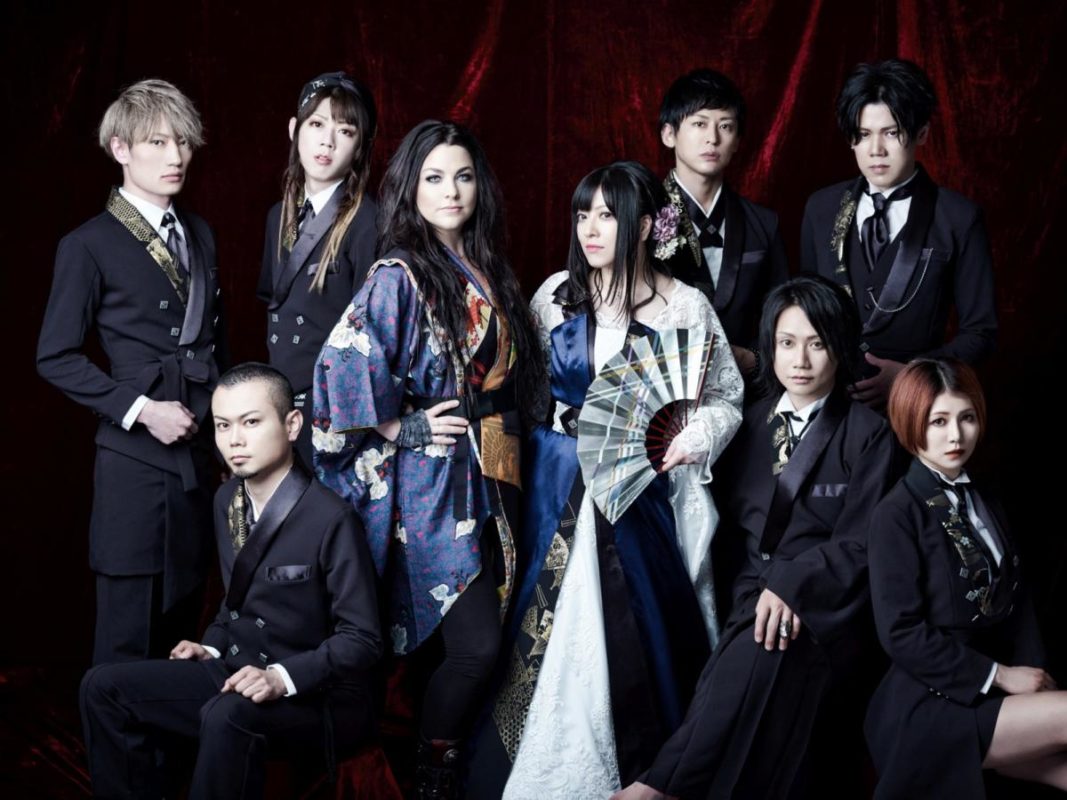