SPYAIR is back with an anime theme this year for the popular volleyball anime series, Haikyuu!! TO THE TOP.

The ending theme is titled One Day and will be available digitally on October 3—the day after the episode airs in Japan on Friday night. You can listen to a clip of the track in the promotional video below.

This digital single comes with two tracks, One Day and ULTRA. The title track is a little special as it’s the first composition by bassist MOMIKEN who usually writes the lyrics for SPYAIR’s songs. This track is accompanied by an instrumental song written by MOMIKEN and KENTA the drummer.

Did you know this is the third song SPYAIR written for Haikyuu!!? The first two being opening themes with Imagination then I’m A Believer so their collaboration goes way back to 2014. 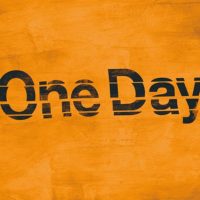