Vorchaos will be streaming its first-ever livestream on August 15, titled “Vortex of KICHIJOJI -10th year anniversary-”! The stream will be broadcast from the Kichijoji Crescendo TwitCast account and will be completely free to watch.

Due to the COVID-19 pandemic, the celebration of the band’s 10 year anniversary—which was postponed from its initial June 6 date—was unable to proceed as originally planned. However, thanks to preparations made by the live house Crescendo, the show will be performed without a physical audience and streamed online.

You can expect to hear their latest release, Mystery Night Tour, as well as tracks that showcase their signature sound.

The show will be slightly shorter than a regular one-man performance, as drummer Masashi “USHI” Ushijima is recovering from surgery on his eye.

Prepare for the show by revisiting the excellent song Vortex: 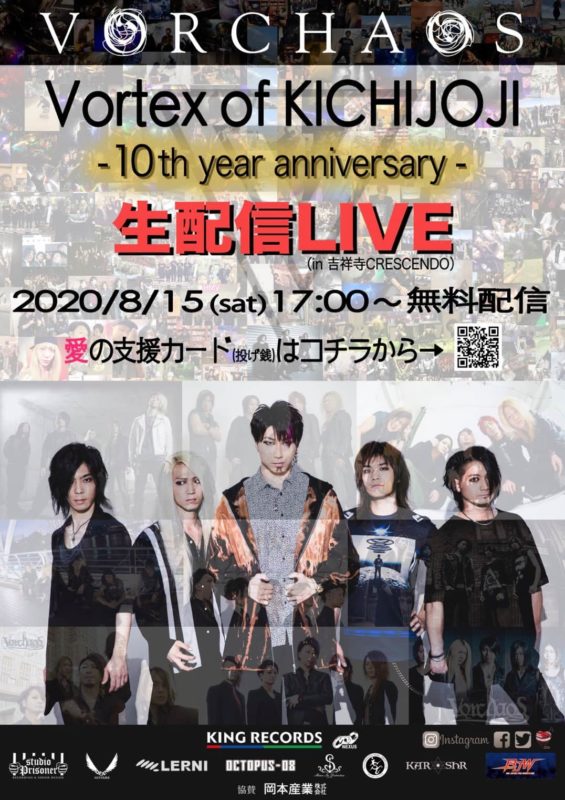