Unfortunately, due to the times that we live in, the band hasn’t been able to celebrate this achievement will full force, as such, we wanted to learn more about how the band is co-operating with the current pandemic and also take a step back and review their past—how the uniqueness of JILUKA was shaped. 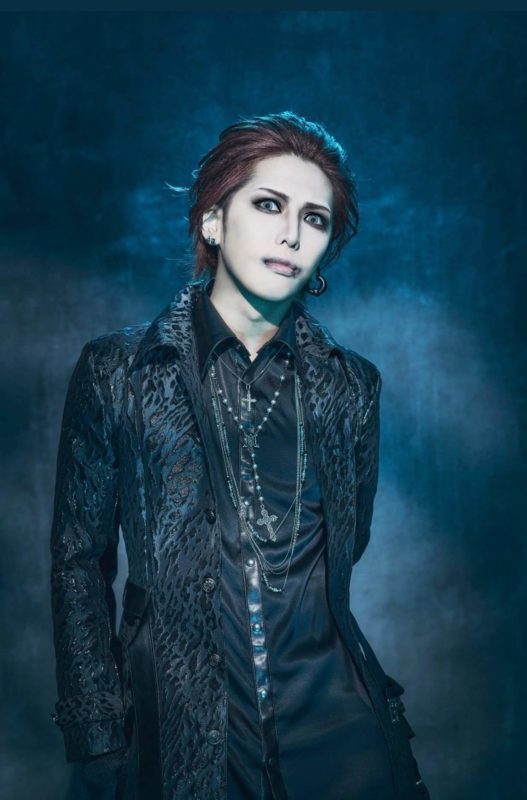 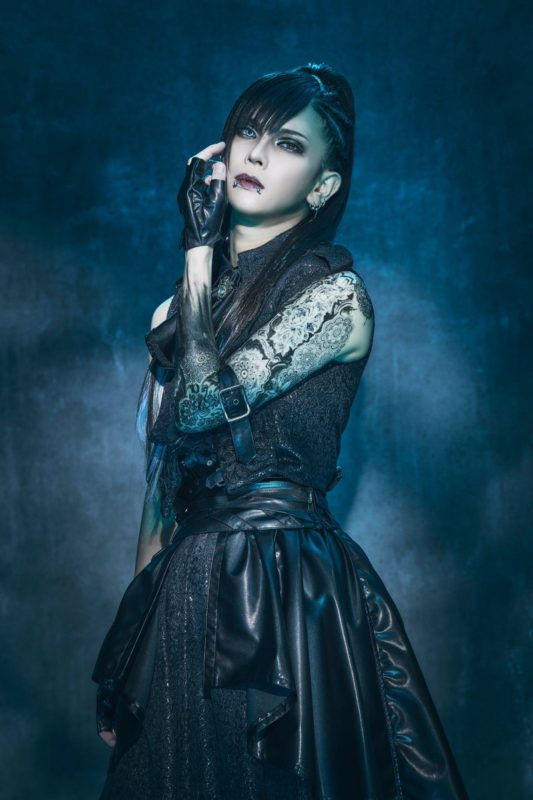 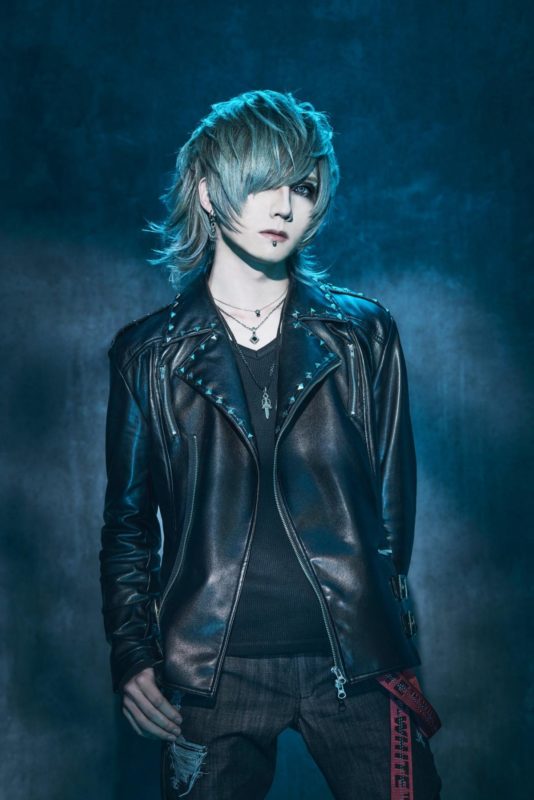 JILUKA reached its fifth anniversary this year, congratulations! What does this milestone mean to you personally?

Ricko: Although this is just one moment in the present as we continue to the future, to me, the five-year anniversary of our formation was an incredibly important day.

Sena: Personally, our five-year anniversary doesn’t have much meaning to me because every single day as JILUKA is extraordinary.

Boogie: Some bands lose members and some disband, so for us to celebrate five years together with the same members is something I’m really happy about.

Zyean: I don’t think it’s an easy feat for a band to be active for five years. I think for us, it’s because we worked hard and were strong-willed about continuing as JILUKA. I would like to say a word of thanks, and congratulations, to each of those who have the same aspirations.

When comparing yourselves to when you started the band, how have you evolved through your experiences in JILUKA?

Ricko: I’ve gained a lot of experience over these five years but I’ve noticed the way I produce my high tones and shout vocals has changed.

Sena: The way I think about how to express myself, I feel like that part of me has gotten deeper because I’m always thinking about what I want to express and how to get it across. As in my thoughts and what kind of imagery I want to convey—that kind of thing.

Boogie: I think we’ve grown to be able to look at our situation from a more objective point of view.

Zyean: It has led to the improvement of my techniques [laughs]. I feel that is the case thanks to the valuable experiences I’ve been able to collect.

Would you consider all of these positive changes?

Ricko: There have only been positive changes.

Sena: I think the changes have been positive! Except for having fewer days off… [Laughs]

Boogie: In retrospect, I can’t say our band activities had any negative impact.

Zyean: Essentially, there have only been positive changes. Although, if there was one thing—for better or worse—it might be that we know far too much about each other now [laughs]. We spend a great deal more time together compared to other people in our lives.

“I discovered death metal around this time as a student and got into extreme music from there.” —Zyean

Let’s go back even further, what made you all become musicians in the first place?

Ricko: Because I thought musicians were cool.

Sena: If I were to speak frankly, my friends got me into it. Back then, they put metal songs onto my music player that I’d never heard of before. I was overwhelmed, and wanted to try playing it myself. It’s a pretty silly story.

Boogie: I think I became a musician when I started playing music in my student days. Probably.

Zyean: I’ve always liked music and visual kei, but what convinced me to become a drummer was the meeting of a classmate who played drums. I discovered death metal around this time as a student and got into extreme music from there.

Your new DVD “THE OUTIS” celebrates the fifth anniversary. Can you tell us what made this DVD more special or celebratory than any of your previous work?

Ricko: Of the five years we’ve carved out together, about 80% of that power is packed into this DVD. The remaining 20% can only be experienced at our shows.

Sena: Our fans can look forward to feeling like they’re actually at a show. I think that even through the live footage, you’re able to enjoy the performance from the stage to the pit.

Boogie: It’s more special because most of JILUKA’s songs are included on it.

Zyean: As a band, I definitely think we reached a certain degree of perfection in the production and the coordination of this show, but I also want people to pay attention to the technical skills and performance of each member since we’ve certainly improved.

Even though coronavirus is disrupting everyone’s schedule, we’re still seeing some interesting efforts that you’ve recently put out. Among them, we saw “Jilukara” where you uploaded instrumental songs onto YouTube which people could use for karaoke. You even sold chekis (polaroid photos) online. Could you tell us about these efforts and the reason behind them?

Ricko: So people who support JILUKA won’t forget us. That’s all.

Sena: Even if the situation doesn’t allow us to perform, we wanted to do something for the fans.

Boogie: Waiting patiently would be the easy way out, but we don’t really know when this situation will end. We thought that pausing our activities for a while wouldn’t be fair to our fans, so we had discussions about ways to entertain them while guaranteeing the safety of everyone.

Zyean: I simply want to continue as JILUKA, that’s my only thought. No one would want to stop doing something they find enjoyable, right?

JILUKA is known for its highly skilled members, technically and rhythmically. Do you think this feature is an essential part of the identity of the band?

Ricko: In my case, I’ve always admired bands capable of great and impressive musical performance, that’s why I wanted to create the greatest band ever.

Sena: I think our style was born from the uniqueness that is “JILUKA”, something only this combination of members could express.

Boogie: As an artist, I would consider skills being a necessary part in order to perform in front of people. However I don’t create music to show off and demonstrate my technical abilities, so in terms of musical composition, I personally don’t think it’s something absolutely essential.

Zyean: I’ve always thought that highly skilled technical performances were fascinating, so personally I do believe this is an essential component.

We’ve seen that people have been comparing you guys to video game characters. As an example, Sena is often associated with the character Lightning from Final Fantasy XIII. Many of your group photos look like scenes straight out of an action game as well. Could you explain where your visual concept comes from and did video games influence it?

Sena: More than choosing a specific visual concept, I would say we naturally arrived at our current form by simply continuing our activities as a band. I enjoy creating an image that’s separate from reality, just like movies or games, so it’s probably a natural evolution.

Other things we’ve observed is that some people believe the visual kei industry reached a dead point and isn’t as attractive as before. Introducing yourself as a modern metal band, what is your opinion on this?

Boogie: I’ve heard that before indeed, it’s not that we’re limited to visual kei but I think that, as just one band, making good music and offering great performances would eventually lead to the visual kei scene being revitalized.

We’re eagerly waiting for new songs! There’s been quite a big gap between your best-of album XANADU in November 2019 and your next mini-album scheduled for October 2020. Is there a particular reason why we haven’t seen regular releases between them?

Sena: We were actually planning on releasing a venue limited single during MAD PIT TOUR 2020, but unfortunately, it was canceled due to coronavirus.

“Every day we receive many messages from fans from abroad waiting for us.” —Sena

Sena, not only are you very active on social media but nowadays you’re also doing YouTube with every video subtitled in English. Could you tell us the reason behind these activities?

Sena: I wanted more people from all over the world to know about JILUKA through the use of social media. I widened my reach in order to expand our opportunities.

What is the most enjoyable part of doing YouTube?

Sena: The fact that I can express myself freely about things other than music.

JILUKA is now halfway to its 10th anniversary, what would you want to have achieved before then?

Ricko: I want to meet all the people overseas who read this interview by our 10th anniversary.

Sena: Obviously, I want to organize shows in Japan, but also many of them overseas too!

Boogie: I would like to perform in various places abroad—and of course in Japan.

Zyean: I want visual kei and metal in general to be more accepted and recognized. To that end, we will become the new standard-bearers of the movement and ascend to ever higher stages!

We definitely would love to see you finally perform overseas! Can you tell us what motivated you to push for these efforts?

Ricko: I want to fly away from home and challenge myself in a bigger, wider world.

Sena: Every day we receive many messages from fans from abroad waiting for us. They are all very passionate and fascinating, so we want to meet those who are patiently waiting for us as soon as possible.

Boogie: Since we think our fans from overseas will enjoy our compositions and our shows, we simply have a strong desire to allow as many people as possible to listen to JILUKA’s music.

Zyean: We want our music to reach a lot of people, not only those in Japan. But also, I’m very interested in traveling to various countries [laughs].

Please leave a message to your overseas fans.

Ricko: We’ll definitely come to meet you so please look forward to it.

Sena: Thank you for always supporting us. We want to meet you as soon as possible so please keep supporting us to make it a reality soon!

Boogie: Please support us from here on!

Many thanks to JILUKA for taking us down the memory lane and sharing their stories. We also want to thank Chaotic Harmony for making this interview possible!