Anison queen LiSA will be releasing her fifth album titled LEO-NiNE as well as the 17th single Homura simultaneously on October 14. The announcement also confirms that LiSA will be providing once again the opening song for the anime Kimetsu no Yaiba (Demon Slayer), this time for its upcoming movie Mugen Train which is coming out on October 16.

LEO-NiNE will be LiSA’s first album in over three years since her previous album LiTTLE DEViL PARADE saw the light in May 2017. The full tracklist is yet to be disclosed, however, we already know that her previous singles Akai Wana/ADAMAS, Gurenge, and latest digital single Aijou will be included to complete a 13-song tracklist.

The single Aijou received a lyric video via YouTube and has been available through digital platforms since August 17. The song was chosen as the theme song for the TV drama “13”, which is a remake of the 2016 British series Thirteen created by Marnie Dickens.

If you’ve yet heard the emotional song Aijou, give it a spin:

LiSA’s first collaboration with the Kimetsu no Yaiba series, the single Gurenge, became the singer’s biggest hit song in a 10-year career by winning multiple awards, and even surpassing over 1 million downloads. 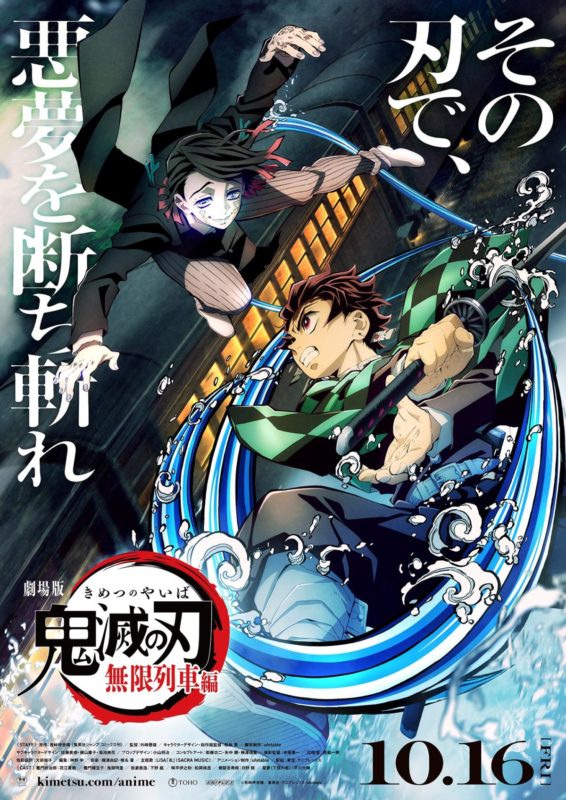 Promotional poster for the upcoming “Kimetsu no Yaiba the movie: Mugen Train”