After the cancellation of their sold-out Japan tour this spring, Cö shu Nie bounced back with a digital single “FLARE” that was released on July 7. It’s already on most major streaming apps, so have a listen there, or on the video below.

Inspired by the lockdown, this song was written to reach out and cheer on fans who have to stay at home. In a way, it is their theme song for humans to overcome the pandemic situation and adapt to a new normal.

We’ve not covered Cö shu Nie before, but of you may recognize the vocals as they also performed songs for popular animations Tokyo Ghoul, The Promised Neverland, and Psycho-Pass. With Miku Nakamura on vocals, guitar, and keyboard, Shunsuke Matsumoto is on bass and Ryosuke Fujita on drums, the three-piece band was boosted into stardom after the author of Tokyo Ghoul picked them for their track Asphyxia for season one of the anime.

With their track record of anime theme songs, we’ll give a pat on the back for the first person who can correctly guess which future anime release they’ll be featured in next. 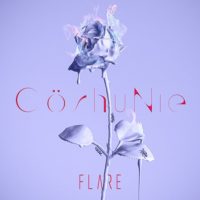