The virtual idol Hatsune Miku recently held her first European tour back in December 2018. We took this opportunity to speak with the man behind this fantastic phenomena, Hiroyuki Itoh (伊藤博之), CEO of Crypton Future Media. Get to know more about Itoh and Hatsune Miku as we dive into the past, present, and future!

Though we might be most known for creating vocal software today, we also develop, import and sell music software, sound banks and virtual instruments such as guitar, bass, etc. One of our first vocal software creation that came to light was Hatsune Miku.

Before starting Crypton Future Media, I was working as an employee at a university.

What kind of work did you do when you worked at the university?
I worked as a programmer, although, I was working with things completely unrelated to the music field.

What musical encounters do you feel brought you to where you are today?
From the days in university, I was creating music myself which allowed me to get an insight of this field. Since creating music on a computer required one to use sound banks or virtual instruments, I started selling my own sound banks to an overseas market, that was the start of it.

At the interview with Hiroyuki Itoh. Our writer Sizergyia is taking down notes.

Even though each character is different from one and another, besides some basic facts such as age and gender, they don’t have a backstory at all?
We deliberately did so to encourage creative freedom for music creators, to enable them to tell their own tale without a predefined direction set by us.

Is this why we haven’t seen any official stand-alone Hatsune Miku anime and manga?
Yes, more or less. Especially in the beginning, we didn’t want to expand into anime production as it would solidify the characters’ traits beyond the basic age and gender. Although, nowadays we are more welcoming to these ideas and not as strict as we were in the past. 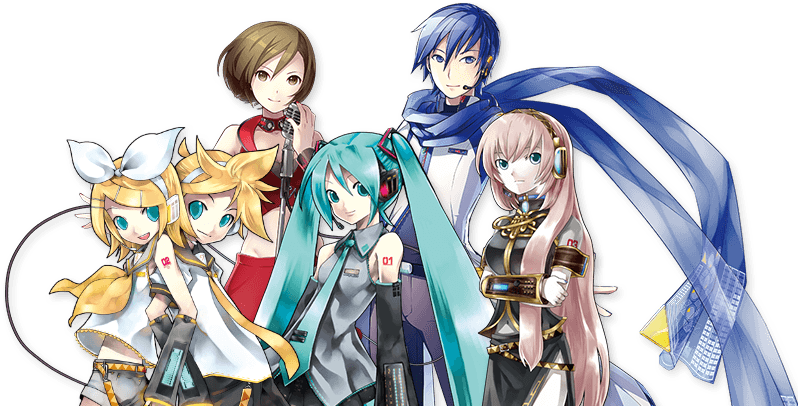 Why do you think so many people connect with Vocaloid all over the world?
Hm, well… [Laughs]

It’s quite difficult to answer, right?
Right… With regular rock stars, they’re almost unreachable, there is little to no chance to come in contact with them. Of course, Hatsune Miku doesn’t exist as a real person, but the advantage to this is that she exists all over the internet instead, everyone can be connected to her through this medium. Not only does it mean she’s available worldwide, anyone can participate and create something with Hatsune Miku. This, in turn, sparks the creation of communities with Hatsune Miku as a common link.

There are still a lot of people who don’t understand Hatsune Miku, and that is a big hurdle to overcome if you want to spread Hatsune Miku worldwide. How would you try to approach these people into getting a better understanding of what Hatsune Miku is?
I think generally, Hatsune Miku is still today associated and categorized within the otaku culture—which she is in a lot of aspects. To overcome and expand beyond these bounds we strive to collaborate with people outside the core. It is because of this reason you will find Hatsune Miku appearing in fashion, art, or even racing. To make people in these aspects of culture more inclined to embrace Hatsune Miku.

Hatsune Miku teamed up with the department store Parco for collaboration “[39 Culture]” in 2018 (“39” can be read “Miku” or “Sankyu” (Thank you) in Japanese). The collaboration offered a variety of merchandise with the characters in casual and fashionable clothing. Photo via COCOLLABO.

At what point did you consider touring outside Japan was a realistic plan? What was it that enabled you to tour outside Japan?
Unlike television and radio, Hatsune Miku lives on the internet which isn’t restricted by any borders. Once the content of Hatsune Miku is on the internet, it can be accessed worldwide by anyone on platforms such as YouTube. The fact that Hatsune Miku sings in Japanese could be seen as a disadvantage, however, thankfully there are many dedicated contributors who help the community by translating lyrics to give everyone a chance to take part.

So it wasn’t really that we simply decided to tour overseas; the voices’ of the fans and their requests were the determining factors that made us realize it would be possible to tour abroad.

A lot of our readers are probably not aware that there is a band playing live music during Hatsune Miku concerts. Why did you decide to go with a live band opposed to just playing the instrumental music?
That is a great question [laugh]. If we were to just show a pre-programmed sequence of Hatsune Miku projected onto the screen—along with music playback—it would be as watching a movie, right?
Since we want this to be a live show, we needed to some human elements which a live performing band can bring. Ideally, we would love to be able to have Hatsune Miku as a person who would sing and dance, but of course, that would be quite difficult.

We want to at least offer people who come to the show a live experience, and we believe a live band helps us get closer to that target.

What could a future Hatsune Miku concert look like if you weren’t as restricted to today’s technology?
One of the ways to improve the shows would be to have Hatsune Miku react to the environment, like responding to the audience’s cheers or perform improvisations. We have actually done this in past shows, but only to a certain extent. We are currently working in this direction and hope to improve it.

We’ve seen artists such as Reol, Giga, nano, WagakkiBand, supercell come out of the Vocaloid scene and into the mainstream. What is your feeling towards Hatsune Miku being able to change people’s lives in such impactful way?
Many of the artists who work with our Vocaloid line-up not only exist on the internet but also extend to live concerts and other activities outside. Some of them like supercell, or hachi (Kenshi Yonezu) has broken to the mainstream and achieve tremendous success and I hope we can continue to see this growth even in the future.

Not only have artists from the Vocaloid scene worked alongside Hatsune Miku, but also major artists from the west, such as Lady Gaga, and Pharrell Williams. What are the reasons behind these collaborations?
It kind of relates to one of the answers I gave earlier when talking how we collaborate with other various fields to expand and introduce Hatsune Miku beyond the otaku culture. Not only does this mean collaborations with major artists like Lady Gaga, but we have also displayed Hatsune Miku in taiko (traditional Japanese drums) concerts, traditional Chinese instrument groups, and more.

Hatsune Miku is no longer just 2D. She appears as a hologram during concerts and in devices like Gatebox. She even appears in the VR (Virtual Reality), and AR (Augmented Reality) space as well. What future do you have in mind in regards to Hatsune Miku’s presence in the digital world, and perhaps even in physical form?
Hatsune Miku doesn’t only appeal to musicians and artists but is also used by scientists and researchers, in the way they make use of the 3D model in various experiments. It is an important aspect for us that Hatsune Miku can reach many mediums, beyond its core audience. We are very supportive of these type of collaborations and hope the scientists and researchers would come to the concerts and get involved in the Hatsune Miku development.

Hatsune Miku collaborates with Gatebox. A device whose purpose is to allow people to be able to live with a character. It has similar features to a voice assistant like Siri or Alexa.

The idea of a virtual idol on video platforms such as YouTube or niconico wasn’t a thing until a few years ago, while they might not use Vocaloid, do you think Vocaloid influenced even this field?
It’s hard to say for sure. The people behind these virtual YouTubers, as well as their audience might had interest in Vocaloids which overlapped. Again, it’s hard to know if that is the case, but there was most likely some kind of connection.

Since Hatsune Miku’s popularity was quite exponential, were there any projects at the time which you had to abandon?
There might have been some. But more importantly, since we have learned a lot of things through Hatsune Miku, we want to put that knowledge into other projects that aren’t just Hatsune Miku. Such as, being able to put deceased artists on stage. Not just their forms—which has already been done—but we would be able to replicate their voices too. So we would like to take everything we have learned through Hatsune Miku concerts and put that knowledge into previously unseen forms of entertainment.

What would be the next major goal for Hatsune Miku and Crypton Future Media?
There are two main paths we’re walking, improvements to the technology itself, and also the concert events. By improving the technical side of things, we enable creators to express themselves in new ways and forge new type of music. The other side which includes concerts and events, we want to improve the projection and 3D rendering. Next year (2019) approaches Miku Expo’s fifth anniversary, in that regards, we would like to visit even more countries we haven’t been to yet.

Hatsune Miku is a big part of Japan, in what way can we expect Hatsune Miku to participate during the Olympics in 2020?
To be honest, we haven’t received any offers to participate yet, but we are of course open to any suggestions that are presented to us.

It was a blast getting to know more about Itoh himself and learn new things about Hatsune Miku. After the interview, we also went to the show to experience the live performance for ourselves. If you want to know more about how that went, make sure to catch up on our concert report.