There was an unusual atmosphere in Takadanobaba’s famous live house. As the 400 or so fans squeezed into the venue alongside a miniature camera crew, who would be recording the whole event for ALSDEAD’s first (and possibly last) live DVD release on Friday October 9. Music from popular bands such as Coldrain was playing in the background until the lights dimmed and the opening SE came through the speakers.

The epic set began with some favorites from the band’s most recent album IDEA, with Behind The Pride leading straight into STARLESS as the crowd began to go wild to the heavy riffs. After taking a moment to address the crowd, vocalist MAKI announced the next song, Adrenaline, and the group kept the rowdy atmosphere going through several more high-energy songs.

Briefly mentioning the band’s seven year history, MAKI revealed that they planned to play a set spanning their entire career. With this in mind, songs from their mini-album MODALITY, second album Separator, and first self-titled album followed in quick succession. During Separator, after the spotlight shined down on MAKI for the vocal solo, the band blasted out their latest single INAZUMA to the crowd’s enthusiastic pleasure.

The group took a short break for MAKI to once again say a few words. Excitedly, he said that the night wasn’t even halfway done yet, which the crowd who had already been treated to 13 songs was excited to hear. Channelling everyone’s energy (I thought to myself “it’s OK to skip work tomorrow right?!”), as the band launched into D.9.N, a play on the internet slang “D.Q.N”, which derives from “delinquent”. Like the album, this lead straight into KILL THE KING, where bassist Yosuke and drummer NIKKY had a brief moment to shine before Shin’s lengthy, and epic guitar solo. Although, his skilful guitar play was even more prominent in the fast-paced Worlds End, where the solo was truly on point, despite the effortless look on his face.

After several more songs, the main set finally ended with FLASH BACK, a heavy-based fan favorite that sent the exhausted band off stage for their first break. Immediately the encore calls began, and after a few minutes they complied with the fans’ wishes and returned with a more reflective mood as Flight lead into the beautiful ballad, Heaven.

Next was bassist Yosuke’s turn to address the crowd, asking if we were ready to jump in time for the chorus to Peggy-O. MAKI joked that Yosuke kept asking even though everyone was already jumping accordingly. When the song finished, NIKKY began with an aggressive drum solo, and soon Yosuke joined him for a rhythm session. His bass solo grew more and more groovy until finally the other members returned for Sugar.

At this point MAKI took the opportunity to discuss the inevitable end of the night. He explained that as artists they felt that it was their responsibility to always improve and create better music, but having hit a creative wall, the band was struggling to reach a higher form of themselves. With that in mind they intended to take a break to reflect on their career so far, and to see what’s next for them in the future, the encore ended with Gravity.

However, the night still wasn’t over as they intended to play a full 30-song set for their final live. After another short break, Shin presented his passionate guitar solo Eternal Return. When the members all gathered for the last time, they ended the night with Faceless Believer. Yosuke and MAKI helped the exhausted NIKKY, who was struggling to stand, out of his seat and to the front of the stage, where the four linked arms and, along with the 400-strong crowd, jumped high into the air. After, they bade us farewell, perhaps for the last time. 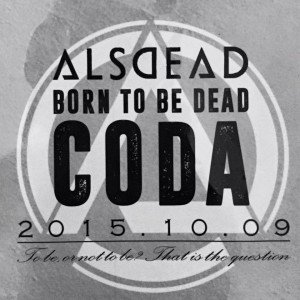