Visual kei band Dolly announced the release of a new digital single “cell.” which will be available October 22, coinciding with their 17th anniversary release party. The announcement comes with a new visual of the band, with all five members dressed in white under a bright spotlight, their shadows behind them in sharp contrast.

This marks the band’s second new release since returning from an almost 10-year hiatus, the first being the explosive single “Insomnian” (インソムニアン) which was released earlier in July of this year. Sadly, the drummer Tsuguki also confirmed on twitter that the single is the last new release before Dolly disbands.

The band has decided to end on a high note, with five more concerts scheduled through the end of this year, concluding their Doumaku no Endroll (瞳幕のエンドロール) tour with their final show Musou -cold sleep- (夢葬-cold sleep-) at Shibuya’s Spotify O-EAST in December. 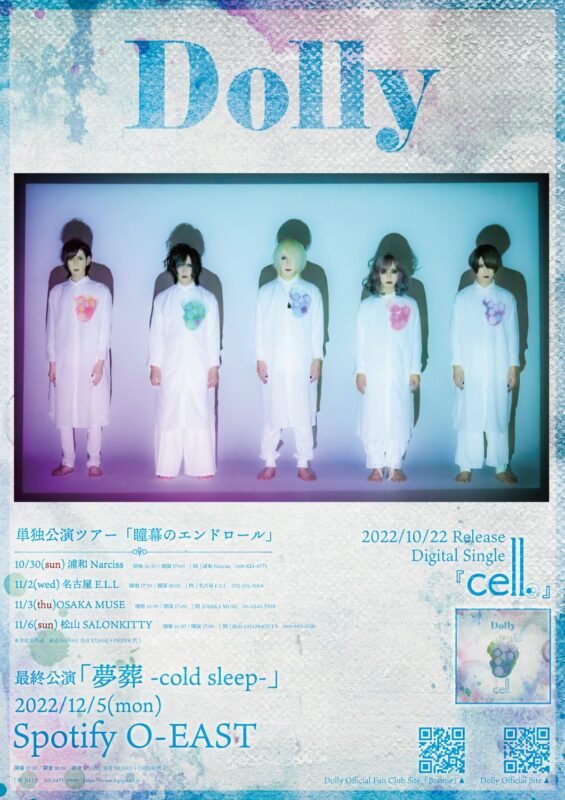 Dolly formed in 2005 and went on hiatus at the end of 2012. Guitarist Yuina left the band in 2009, but rejoined to take part in the band’s final activities this year. They have released seven albums, including two best of albums, 13 singles, and three digital singles.