MuryokuP, also known as “Powerless”, is back with yet another symphonic Vocaloid rock song that features Megurine Luka on vocals. The latest entry is Nemesis, with its setting taking place in a war where defeat seemingly is nigh.

Starting off with a state of powerlessness, the song ultimately transitions into a phase of hope where we hear multiple war cries break out. As the energy rises, so does the intensity of the song, and we’re later presented with MuryokuP’s powerful guitars tied with a fleet of symphonic gush.

We have AO and hajiko to thank for the beautiful illustration and music video respectively. Additionally, Airi Sonozaki helped out with some touch-ups for the mix.

Nemesis was made available for digital download on June 10—at the same time as the music video was released. You can pick it up on major digital stores such as iTunes, or stream it on Spotify.

For your convenience, we’ll also include the song Isolation below, the work MuryokuP released back on April 23. Similar to Nemesis, you can pick it up digitally.

MuryokuP is well known for his impressive aptitude for composing and arranging symphonic music. Recognized even by BABYMETAL, he composed the background music that is played at their live shows under the alternate name “Powerless”. The same name can be found in the popular anime “Re:Zero ‘Hyouketsu no Kizuna'”, credited for composing the ending theme song Yuki no Hate ni Kimi no Na wo performed by singer nonoc.

We’ve only scratched the surface, but on top of the aforementioned endeavors, MuryokuP is a well-respected composer in the Vocaloid scene who frequently features the Vocaloid Megurine Luka. 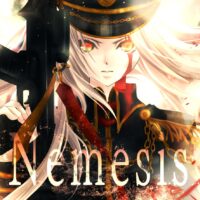 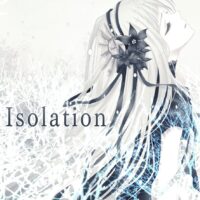