Formed in 2009 and finding its current lineup in 2012, the all-female Mary’s Blood can only be described as a metal powerhouse. Following the release of their 6th studio album, the self-titled Mary’s Blood, in September last year, the band announced in December 2021 that they would enter a period of hiatus in April 2022. To commemorate their almost 13-year career, the band will be releasing a compilation album, Queen’s Legacy, on April 6 just before the performance that will mark the beginning of their break.

We were lucky enough to speak with drummer MARI about her time with Mary’s Blood over the years.

Please greet our readers and tell us a fun fact about yourself!

I’m MARI, the drummer. Thank you for always supporting us! Recently, I started a YouTube channel so I’ve been really into recording and editing drum videos. I play some Mary’s Blood songs and upload them there too, so please check it out!

Also, on the official Mary’s Blood YouTube channel, we’re releasing a new video every week until April 2, 2022. There are live performances, and plenty of talk from the other members about our activities as a band up until now, so we’d be really happy if you could watch.

To start things off, if you had to sum up the band’s journey so far in a few words, what would they be?

“Keep running”. The four of us made it to where we are today by keeping that forward motion and stopping for nothing. I’m so proud to have two mini-albums, seven full-length albums, and countless performances to our names, as well as all the wonderful people who continue to cheer for us.

You really have achieved a lot! Mary’s Blood has a new best-of album titled “Queen’s Legacy” which will come out on April 6. How did you narrow down the songs from your wide back catalog of releases? Did you have a certain idea or feeling that you wanted to convey with your choices?

We actually discussed which songs to put in and their order with our label in order to decide.

Which song is most significant to you and why?

“Marionette” as it was the lead track on our first album, we would start with this song after our major debut, so even now it’s significant to me.

The show that you will play before entering your hiatus period shares the same title as your first studio album, “Countdown to Evolution”. Can you tell us about the meaning behind this title choice?

In order for us to evolve, we decided to enter a period of hiatus. We want to use the show that we’ll play on April 9 as a turning point to return to that feeling we had at the beginning, and apply all that we’ve learned from our performances until now into it.

What can fans expect from the April 9 show?

We want to express our heartfelt gratitude to all the people who’ve been rooting for us and make it a fun time for everyone who will be there, us included. It sounds like it will be a fantastic experience for all of you. How do you feel your sound has evolved since you first started out?
We worked on each album to the best of our abilities every time, in every era. I think we’ve really improved our ability to express what we are trying to say. We put our whole selves as we are now into our most recent album, “Mary’s Blood”.

In the announcement you made on your website, you described entering hiatus as “a time for the band to allow the members to grow and charge their batteries”. Are there any specific areas that you would like to improve yourself in, or would like to try?

I want to continue playing the drums. I think I’d like to keep making performance videos, and maybe try some live streaming too. I’ll do my best to keep working on the things I’m not very good at and improving the things that I am good at.

We’d like to ask you some more questions about being a group as opposed to solo. What excited you the most or did you have the most fun doing when in a band?

Being supported by people no matter where we went to play shows, either here in Japan or overseas.

If you had to pick one moment, what is a personal highlight for you in Mary’s Blood history? What are you most proud of?

Not changing members since our debut, and working our way to working with a major label. It’s been a wonderful experience to work with such special staff on making our music.

To hold those feelings of gratitude to the other members, all the staff, and all the fans dearly. Also, to work steadily on increasing our individual strengths.

We’ve been able to go to the USA, Hong Kong, Taiwan, and the UK. The staff and fans at those places welcomed us so warmly, it made me so happy.

And finally, please share a message with your international fans!

I’m always so happy to see messages of support from those of you who are outside of Japan. It’s all thanks to fans like you that we’ve been able to make it this far. Thank you so much! I’d be really happy if you could keep listening to our songs and watching our live videos from here on too.
And we hope that you keep supporting everyone in their individual pursuits in the future too. Let’s meet again!

We’d like to thank MARI for taking time out of her busy schedule to speak with us, and MASTERWORKS CORPORATION for their involvement in arranging this interview. 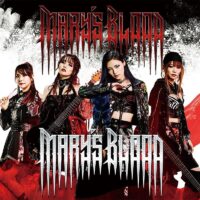