International rockstar HYDE released the digital single ON MY OWN across streaming platforms this week, following the debut episode of anime “MARS RED“. Reflecting the anime’s theme, the song’s lyrics uphold the quality of a vampire’s bloody and solitary life while sung completely in English—making it easily approachable for international fans.

When it comes to HYDE and vampires, it seems like perfect alchemy. However, the single shocked even longtime fans, claiming it has a different atmosphere than his previous work. As soon as the song was unveiled in a trailer of MARS RED, it spurred fans of both the series and HYDE to tune in to the anime’s maiden broadcast on April 4, 2021.

MARS RED is not your average vampire anime. The series takes place in 1923; Taisho era Japan. Trailers allude to the rich, romantic architecture and fashion which were hallmarks of the era. Despite this, you get hints that this series does not occur in our same timeline. One glaring difference is the existence of vampires. In fact, they pose such a threat to society that they warrant a government-sanctioned agency against them.

WagakkiBand, which plays pop music with traditional Japanese instruments, performs the opening theme. Wedged between WagakkiBand’s Aria of Life and HYDE’s ON MY OWN, you not only grasp the essence of the Taisho era—when East began to meet West—but it reflects the profound worldview of the series. While Aria of Life is full of hope, ON MY OWN is full of fight and anguish.

Looking at the jacket art, we see the song’s title seemingly tattooed over a tempting neck, hinting at the vampiric nature of the single. 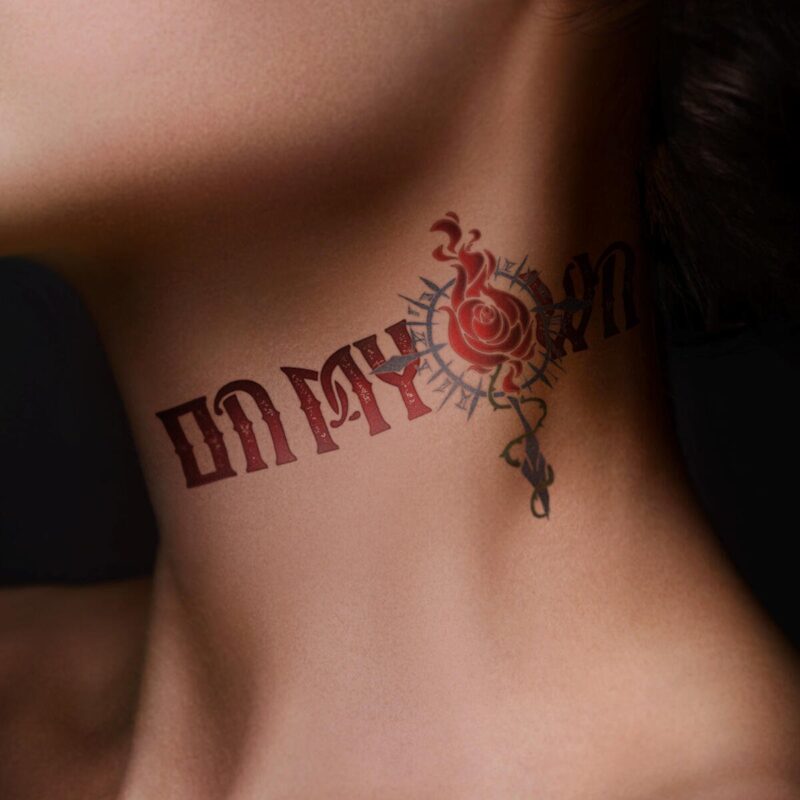 Suggestive cover art for “ON MY OWN” single.

If you missed the trailer for MARS RED featuring ON MY OWN, you can sink your teeth into it below. We hope you’ll enjoy not only the single but also the delicate, clean and modern animation style. MARS RED is available to stream internationally on platforms such as Funimation.