We know what you’re thinking, what is going on with their new outfit? We almost didn’t recognize them.

Not dressed in their typical monochrome uniform-seque outfits, Tokyo Jihen’s latest track Aka no Doumei (赤の同盟) was specially written for the new NHK drama Cursed in Love after the drama production staff requested for them to produce the theme song.

This new series is a TV adaptation of the popular shoujo manga Watashitachi wa Douka Shiteiru, written by Natsumi Ando that sold over 2 million copies. The story follows female protagonist Nao Hanaoka whose mother was accused of the murder of the Japanese confectionery company owner who she worked for. Fast-forwarding 15 years, Nao is seen following the footsteps of her mother and becomes a talented wagashi sweet maker. In a strange turn of events, she gets invited to a pastry showdown with her childhood friend—the son of the murdered victim, which blossoms into a twisted romance story. 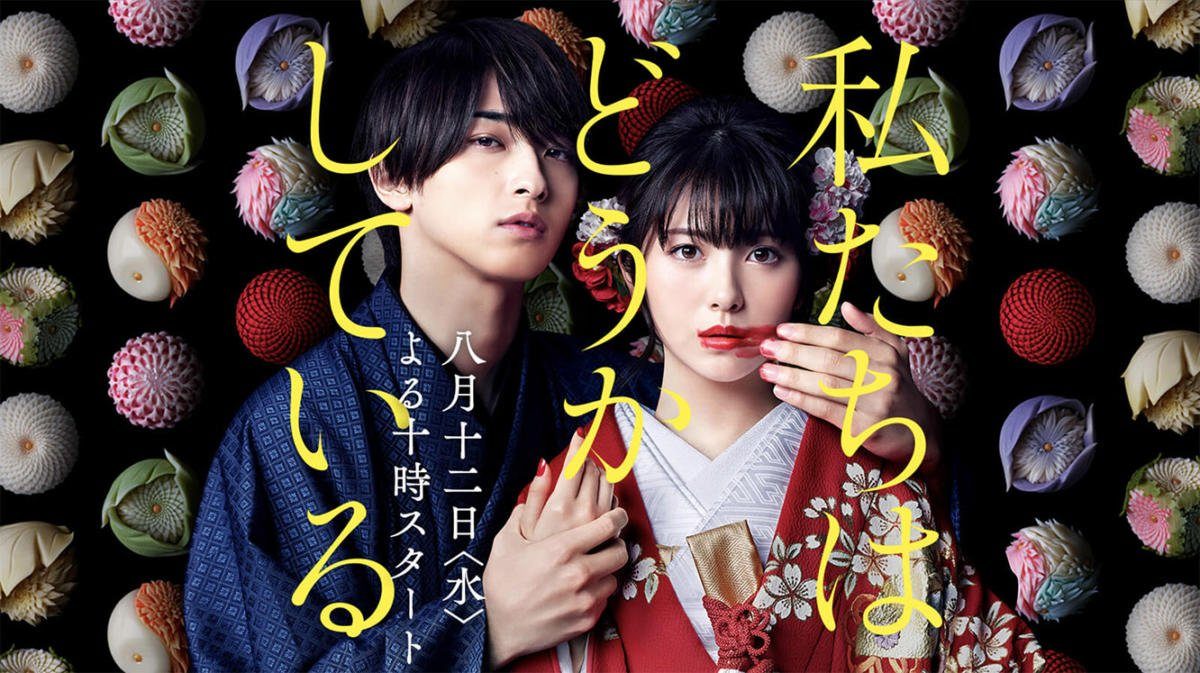 The leading actors of the show have adorably left a couple of words to express their love and excitement for the band’s new song.

This drama is a romance and mystery story that revolves around love and hate in the world of Japanese sweets and kimono. When I heard that Tokyo Jihen would sing the theme song, I was estatic! I feel that the gorgeous and poisonous track will make the drama even more beautiful. I’m looking forward to watching the first episode with a wonderful theme song. Thank you very much.
—Minami Hamabe

I’m really happy that Tokyo Jihen wrote the song.  Their music will liven up the show with the wonderful and exciting music. It really matches the main characters, Nanazakura and Tsubaki. I hope you will pay attention to the theme song as well!
—Ryusei Yokohama