After an amazing, fully-packed and sold-out show with STEREO DIVE FOUNDATION at Shibuya WWW, we spoke with the frontman RON to snatch some comments regarding the successful concert. As this was RON’s first one-man live as STEREO DIVE FOUNDATION, a lot of things were new to him. We delve into the surprises and his general thoughts about performing live, considering the mastermind behind the project usually works behind the scene.

Congratulations on your very first one-man live! How did you feel after your performance?

My goal was to deliver a great time for the staff and audience, free from worries, so I hoped that was the case.

Which song did the audience have the biggest response to?

oneXone, a self-cover I performed, and PULSE which is the first track on the album and is definitely a high-energy song. I feel like that power really came through during the encore and I’m very pleased about that.

And which song did you personally enjoy performing the most?

I personally enjoyed Blackout the most since I like the dark and industrial kind of songs. I’m also a fan of bands like Korn, Deftones, and Nine Inch Nails—love that kind of heavy music. Sometimes I use it as inspiration for my own music.

Was there anything surprising that happened during the show?

Before now, when I’ve been performing live, it’s always been singing while playing the piano, however, this time I was performing with a handheld wireless microphone. Being able to step away is something I hadn’t had the chance to do before. I think, trying that at this show, was a lot more fun for myself and the audience than expected.

You also played guitar tonight which you never done live before?

Yes, I hadn’t sung and played guitar at a performance until now. Playing piano and singing is something that I’ve done in other bands which I’m still a part of, but currently they aren’t very active. But being able to connect and enjoy the performance with the audience by using a handheld mic was really unexpectedly fun for me. 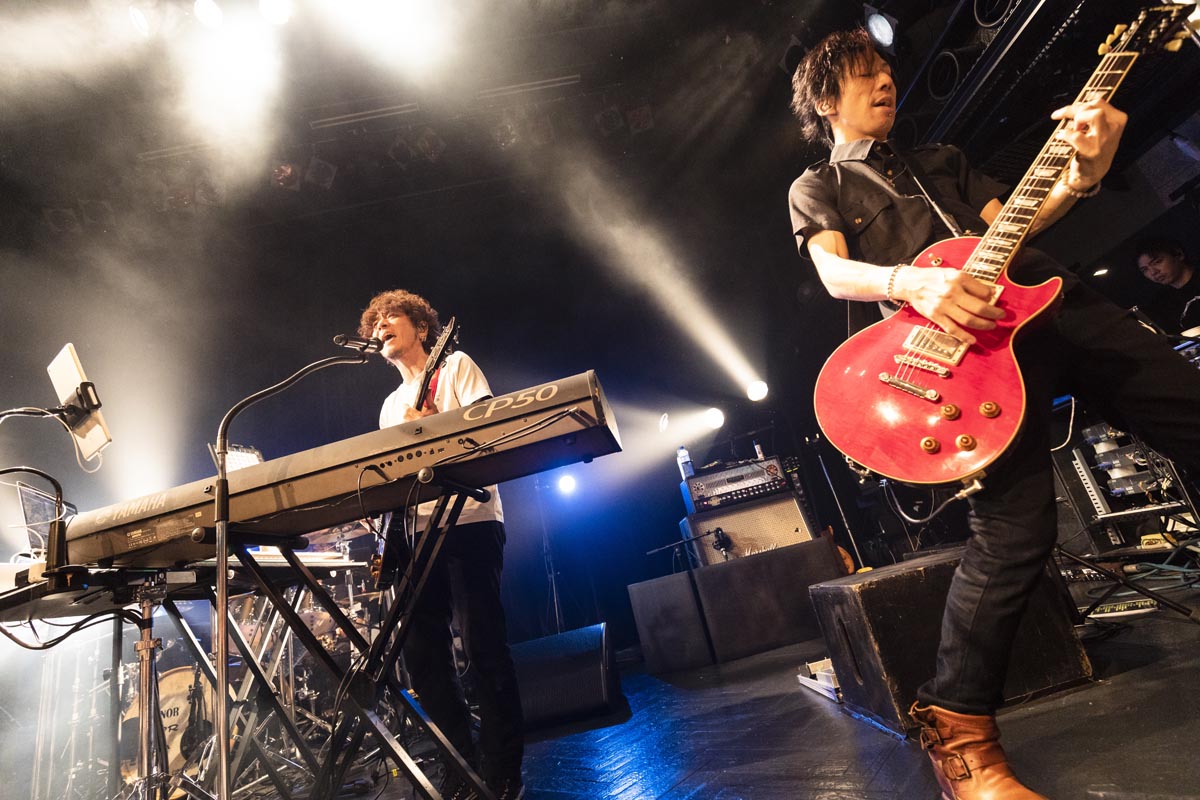 Was there anything you learned from your first one-man show as STEREO DIVE FOUNDATION?

I feel like just performing once and calling it there is really a waste. If I’m able to, I want to perform more shows.

Tonight’s performance was really well balanced! The fans were able to rock out and also enjoy an upbeat club-like feel which made for a really interesting show. Did you come up with today’s setlist by yourself?

Yes, it was so hard.

As performances by STEREO DIVE FOUNDATION are rare, did you have any idea of the type of fan who would be coming to today’s event?

Ah, I had no idea. Because normally, I only create songs so before now, I haven’t really taken to the stage and performed live as STEREO DIVE FOUNDATION. I had absolutely no idea what kind of people were listening to my music. I’ve had the opportunity to perform at live spaces much bigger than this where lots of people were in attendance, like the Lantis Matsuri concert. That kind of event is more of a celebration though and the audience wasn’t there just to see me. I really wasn’t able to predict who would come, how many people would come, or whether or not they like STEREO DIVE FOUNDATION. I’m really quite surprised at the turnout!

That’s true. When you compare a huge venue to a live house around this size, you feel a lot closer to the people who have come to see you, right? Maybe it’s a little more fun?

There’s certainly that aspect, too!

After tonight, do you feel like there’s any particular type of song that you’d like to make more of?

Possibly, I’d like to make more happy songs. As much as I personally like the darker sounding songs, I think it would be nice to put those to the side and create songs that will make people feel happy.

When you’re creating songs, where do you draw your inspiration from?

I get my inspiration from movies, novels, other music, my travels, photographs… I take these kinds of things home with me and weave them into the things I want to create. 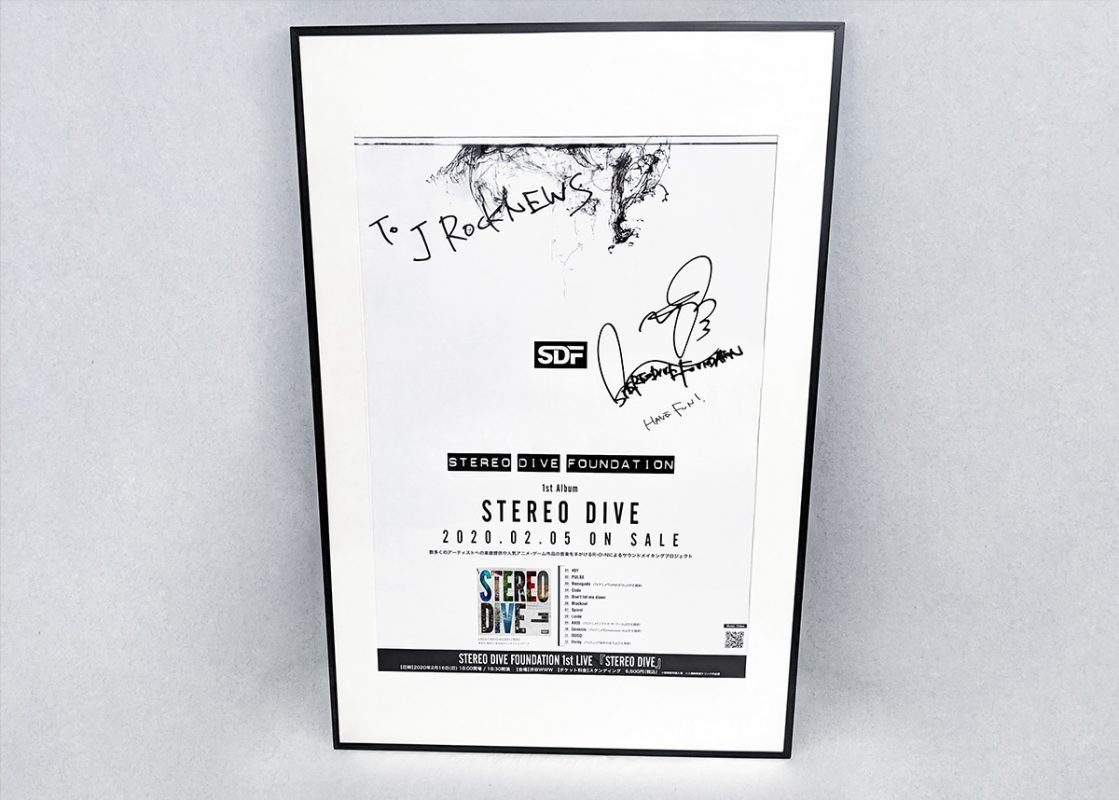 What makes STEREO DIVE FOUNDATION’s sound special is that I decide everything about it. With other projects, there’s an order to the process and I have to work according to that. What’s different with STEREO DIVE FOUNDATION is—in pretty much every aspect—if I don’t decide on it, it doesn’t go anywhere.

We noticed that your English is really good!

Ah, not so much! But I forgot some of it already. I lived in Los Angeles for about four years, but I went to Japanese school there. Because of that, my English is not that good. I can understand what you are saying but I cannot express myself fluently. I also stayed in London, near Mornington Crescent, for around two months around 10 years ago. It was a lot of fun!

You also lived in Germany for a while, right? Could you tell us a little more about that?

I lived in Frankfurt for about two years when I was 10 years old. It was awesome. We eventually came back to Japan because of my father’s work.

In May, you’ll perform at the convention DoKomi in Germany. Are you excited to take your music somewhere so important to you?

Lastly, please leave some parting words to our readers and why they should definitely check out your album!

My work doesn’t just include tie-in songs for anime, I really feel like there are some great songs on my latest album so please check it out! I hope you enjoy it!

It was such a lovely time to speak with RON and we’re looking forward to his show in Germany! If you’re interested in the creation process of his latest album STEREO DIVE, head over to our previous interview with the mastermind! 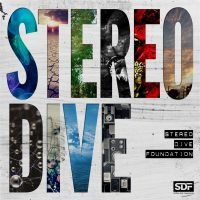