Back in February 2019, DIR EN GREY announced the European leg of their TOUR20 This Way to Self-Destruction, amongst which a London date appeared, this time performing at the Islington Assembly Hall. Undeterred after their tech-issue burdened show at London, Electric Ballroom, on the TOUR18 WEARING HUMAN SKIN, DIR EN GREY came back to rectify their show-stopping status with a seamless performance that held no room for doubt. 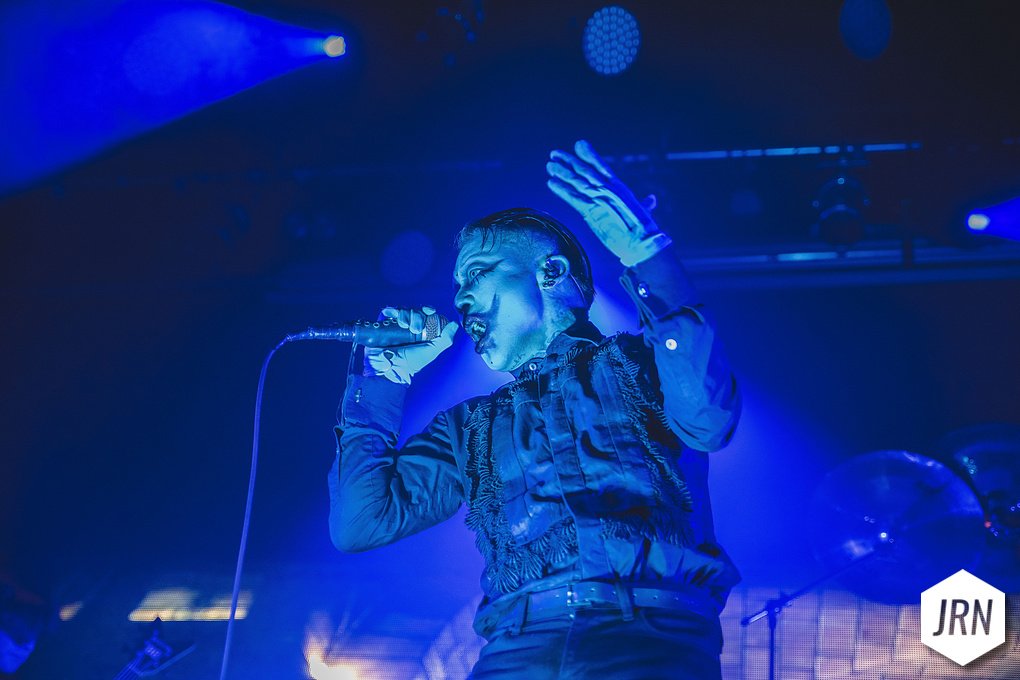 Yells greet the band as they take their respective positions on stage and perform the first song of the night, Zetsuentai, creating a moody atmosphere from the outset. This is further amplified with the blue lighting that floods the venue and paired with images projected onto the stage screen. The lights illuminate Kyo’s creepy yet mesmerizing face while guitarist Die thrashes about as a fan blows his long flowing hair.

Bassist Toshiya coaxes the crowd with his hands up in the air before laying down the bass for Ningen wo Kaburu. Everyone sings the chorus in perfect unison, leaving Kyo with a sinister smile on his face as he looks on and stays silent throughout—we can only hope that he felt proud.

The short interlude didn’t cease the crowd’s shouts of encouragement and excitement as the members changed instruments. Toshiya riled the crowd up more as he took to the front of the stage with the other guitarists and beckoned the crowd’s calls with a hand to his ear before breaking out into the next song, Rubbish Heap. The transition to Devote My Life triggers the band members to stomp about the red-lit stage to the sounds of Shinya’s rapid and relentless drumming and ringing from the guitars giving the song a feverish feel and keeping tensions high.

Soon after, Guitarist Die begins to move his body to and fro, as if he were in a trance-like state while playing the first fast riffs of Aka. This song leads into the theatrics of Kyo’s stage performance with the formation of a noose shaped from his red microphone cable before falling to his knees with his microphone slung down by his side as it picks up the drifts of his distant but powerful vocals. 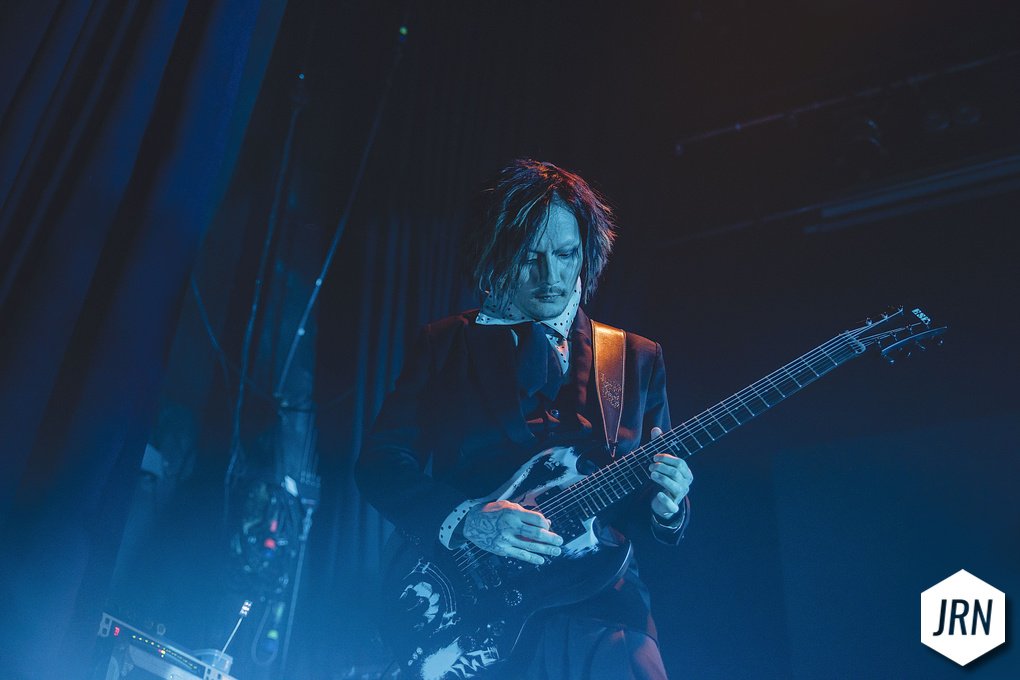 DIR EN GREY transports us back to 2005 with the album Withering to death. as they perform Merciless Cult, rocking their heads back and forth as the chorus kicks in. At this point, Kyo passes the vocal performance over to the audience who perfectly sing it. If that wasn’t enough, the chaotically brilliant Downfall turns the floor into a frenzy and the venue into a crime scene with the mimicking of police lights as red and blue flashed across the band.

Kaoru sends kisses to the crowd before playing the doom-laden Keigaku no Yoku. Kyo stares intently into the audience with one foot propped on his stage box, whilst exudes a haunting vibe as he basks with his hair once again blowing elegantly.

Screams of “yes” are heard as the sound effects of Ranunculus ring in. Instead of the chorus being met with Kyo’s singing, he growls it, smashing the microphone against his chest and making the song’s performance that much more emotional. Evidently so as Die absolutely loses himself to the music.

Kyo leans over his box, dropping his microphone in the process, and lets out a curdling scream before finishing on their latest single, The World of Mercy. The audience claps their hands to the intro beat and as the song continues on, drummer Shinya becomes more animated. Kyo again engages in theatrics with the grisly imitation of cutting his wrists and smearing blood onto himself. He concludes the first part of the performance by smashing away at the microphone provoking offensive popping sounds before the band departs the stage.

That wasn’t it however as the band hit the stage once more for three more songs with one of those being Kodou. Taking us back to the Withering to death. album once more, the collective noise that came out of everyone’s mouth when the intro filled the venue was one of the loudest of the night. Unquestionably, everyone sang the chorus, making it one of many highlights of the night.

For DIR EN GREY to return sooner than expected was a treat, but in terms of London, it felt like they were righting a wrong after what happened in 2018. Performing a truly brilliant set filled with theatrics from Kyo alongside the visual aspect of the projected images, they brought together new material from The Insulated World and interweaved that with old favorites from Withering to death. When will DIR EN GREY return to Europe? No one knows but one thing’s for sure is that I always trust them to put on one hell of a show!

The World of Mercy