G.L.A.M.S will be heading to Europe with the announcement of an 11 date tour TWILIGHT AFTER THE RAIN, named after the upcoming mini-album, set for February 27 to March 15, 2020. These tours are becoming a much appreciated regular affair with the announcement coming only months after Mikaru’s solo European tour in April and nearly a year since G.L.A.M.S last toured across European soil as a band.

So far, 11 dates have been announced but the tour final dates in Belgium have venues yet to be confirmed. The tour will take G.L.A.M.S across six countries with the last two dates making Belgium the most frequented country with three tour dates included in the line-up.

VIP and regular tickets are now available to purchase from Uknight’s website! 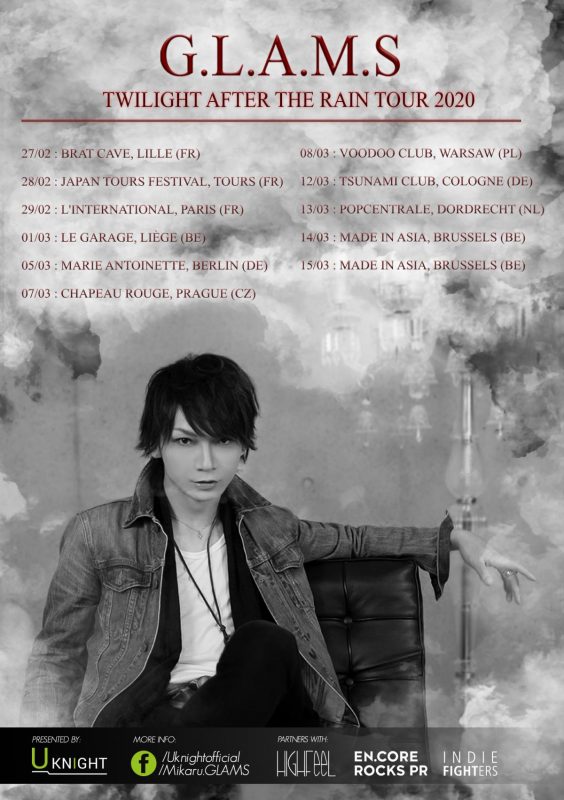