It’s not even been a month and Survive Said The Prophet has announced that they are coming back to the UK to support As It Is for their tour this coming November Ben Today, Gone Tomorrow tour. They’ll be supporting them for six cities across the UK, starting from Southampton and ending in London. Check our photo report on their first-ever show at London’s Boston Music Room to catch a glimpse of what you can expect. 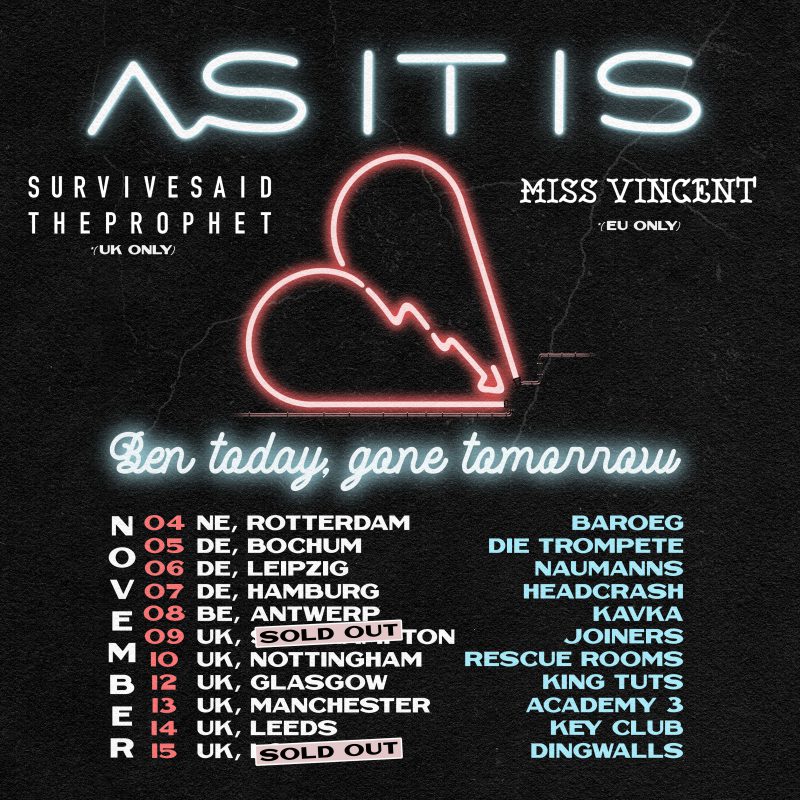