ROACH brings chaos to Taipei, Taiwan at rock festival ROCK IN TAICHUNG, where the members perform the song Breathe to a pumped-up crowd! In the middle of the song, vocalist taama prepares the audience for a wall of death and triggers it the moment he screams “Fuck up!”.

You will find the song Breathe included in the band’s fifth mini-album of the same name, along with the song nagomi that was featured in Orion’s beer commercial, as well as Wake Up, Broken, and Ocean.

As we previously reported, ROACH recently restructured their line-up, and now that the band finished their Breathe release tour, guitarist Kubocchi who played with the band for 16 years has officially departed. Due to the circumstances, the band has called for some familiar names to help them out with the upcoming concerts. Expect to see Miya (MUCC), MEG (ex-ARTEMA), hamaken (AIRSWELL), Tono (ROA), and Yu-taro (A Ghost of Flare), to join the band on stage! 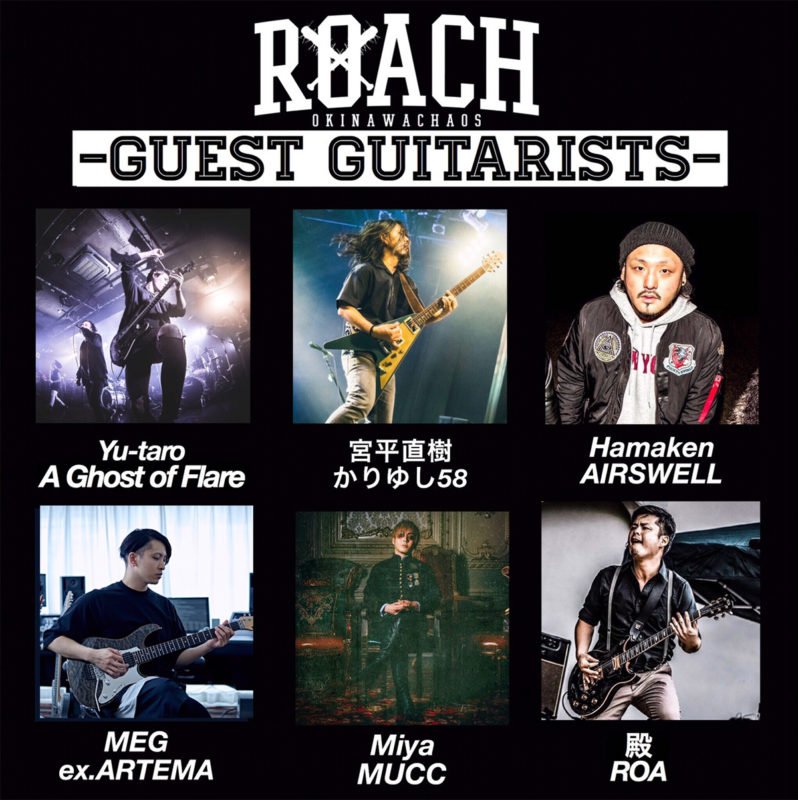 Guest guitarists that will join ROACH on stage. 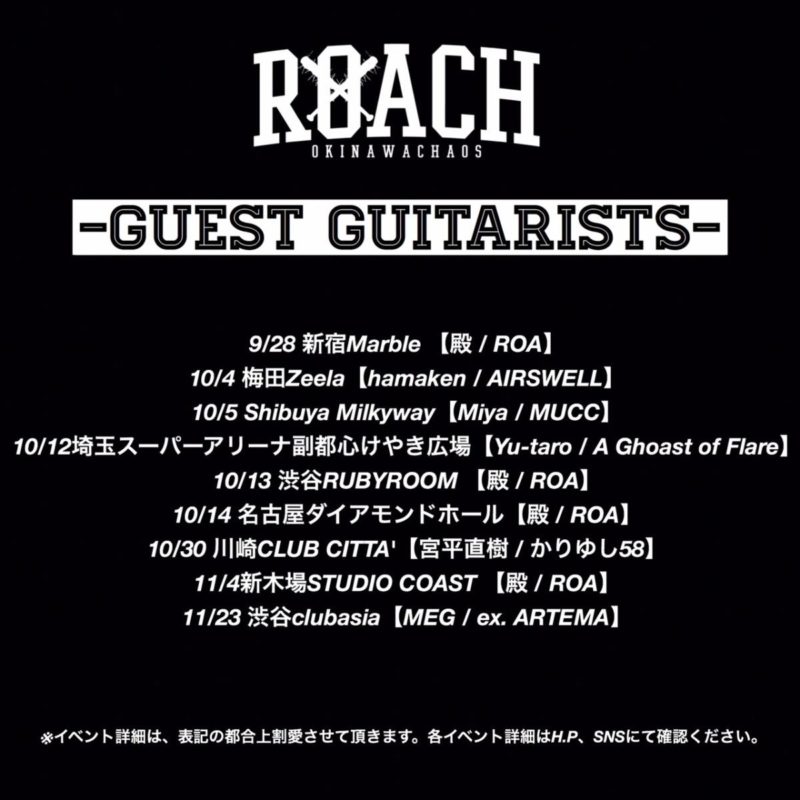