Initial’L opens a new chapter in their career by announcing a new single titled Tokyo Horizon, coming out on August 2. With this new single, the band desires to explore a future rock sound by adding electronic elements into their rock music. A music video preview of the title-track gives us a taste of what to expect while it shows the band dancing to the beat:

The band also shared a preview of the B-sides accompanying the main track, Tokyo Horizon, in which we can read “future rock means the spirit of challenging”. So let’s see what’s this all about. The single starts off with the introductory track MANA taking us into a futuristic trip to the dance-rock Tokyo Horizon. Next up is S.O.S featuring a short portion of Yuuki’s rap over an obscure sounding instrumental. And finally, Brilliant Sky elevates us with a rock’n’roll riff and dreamy vocals to complete this promising single with a good mood.

Listen to the previews below and let us know what you think:

Be sure to catch up with previous releases by the band at digital platforms Spotify or iTunes, as Initial’L will be making their debut in the US at Katsucon next year. The event is scheduled to take place between February 14–16 at National Harbor, MD.

The band’s new look matches the music to come perfectly as it shows the members dressing in dark clothes and following urban fashion. See them below posing in a futuristic street of “Neo-Tokyo” in the background: 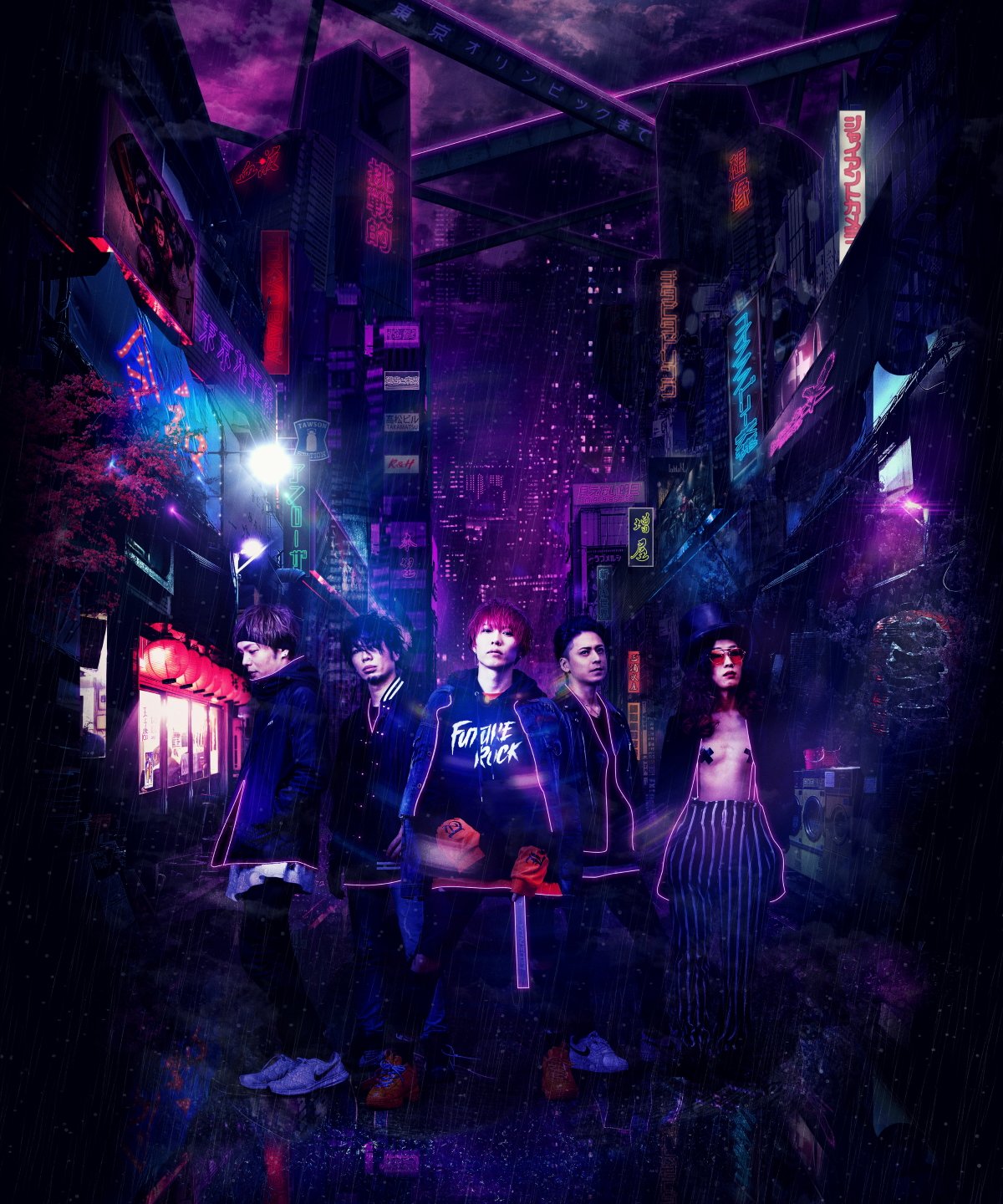