the GazettE made a huge announcement this morning in regards to the next phase of their album THE NINTH. The announcement of their next phase PHASE #04 -99.999- came as a much welcomed surprise in the form of a World Tour 19 THE NINTH. This tour will take them to 13 cities spread across 10 countries, starting April 30 and ending June 21.

Ticket sale information for the European leg of the tour has not yet been announced, but we’ll keep you updated when information is released!

See all the released dates below:

Update 2019-01-23: European ticket release is set for January 25, at noon 12:00. Timezone has not been specified, but the European organizer is based in France which follows the CET timezone. 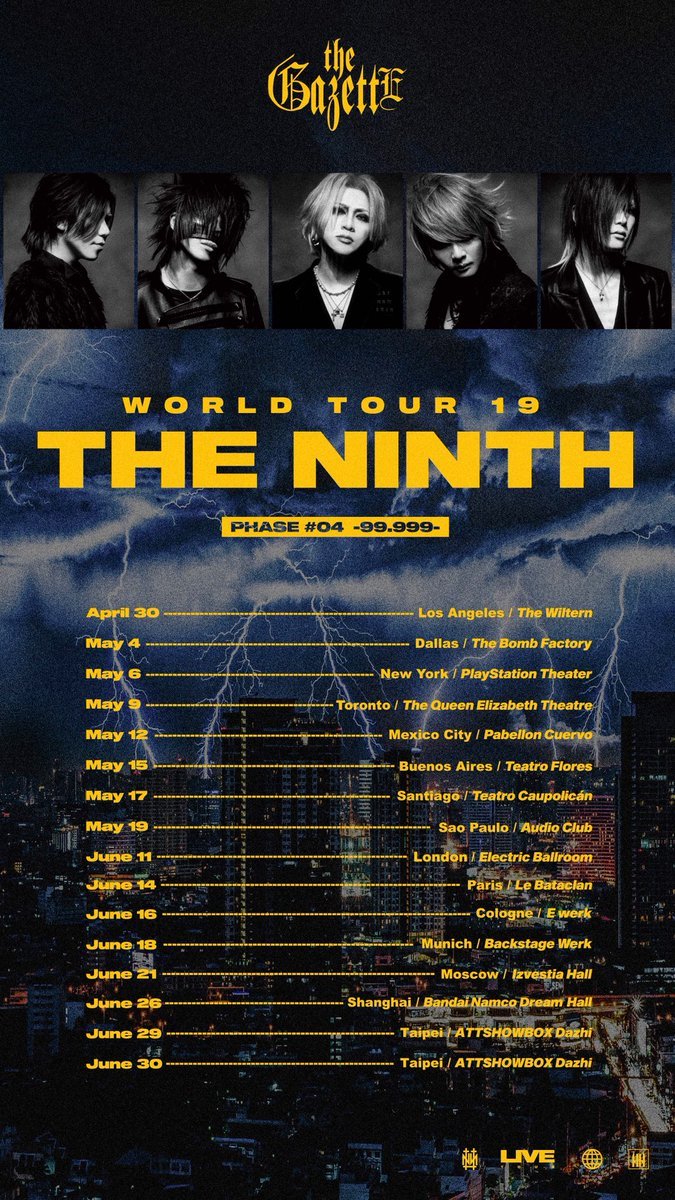 So who’s going? Let us know what show you’ll be attending!