The release date for the GazettE’s DVD/Blu-ray is getting closer as we are just a month away from February 28! With that said, the band has updated some information by revealing the final tracklist as well as spooky artworks.

The tracklist will consist of their setlist performed at their Halloween party nights titled Abyss and LUCY. These shows took place at Tokyosu Pit, Tokyo on October 30 and 31 respectively. The DVD version will come in two discs, each featuring 15 songs, while the blu-ray edition will contain only one disc. It will, however, exclude the encore of both nights at which they played some of their old tunes such as Zakurogata no Yutsu, Akai One Piece or LINDA -candydive Pinky heaven-.

In case you missed the news, the GazettE will be dropping a follow-up album to DOGMA this spring and we have a release date for one of the songs from said album, March 10. Since our previous coverage, the countdown located on their site is now reduced to over 1300 hours.

Take a look at the double artwork for Abyss (アビス) and LUCY below: 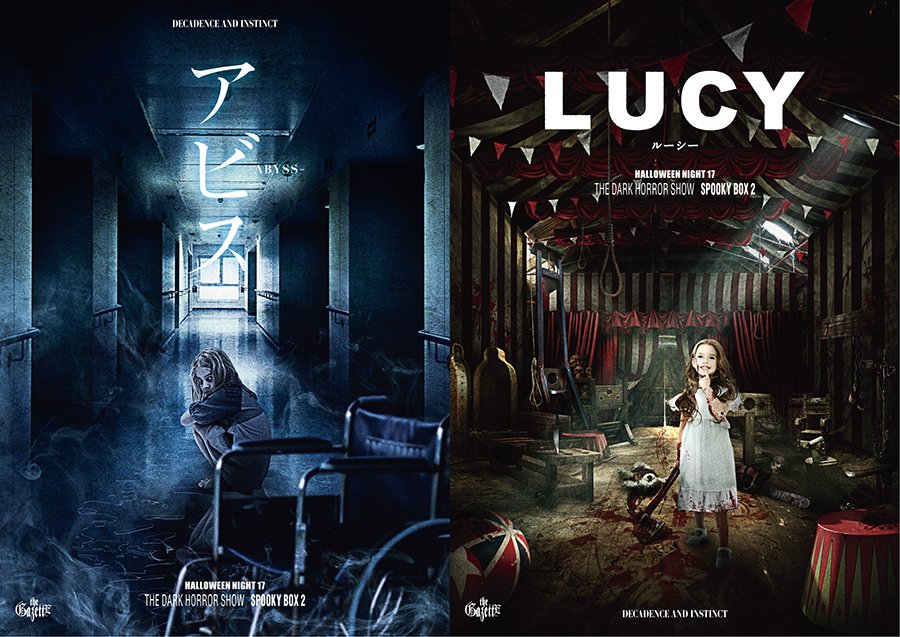