The contemporary image of 90’s visual kei, the band Grieva (グリーヴァ), announced their third studio album Konton no Hako (混沌ノ匣) to be released on May 11! Take a look at the video preview below. Do you feel the VHS vibes?

This time Grieva offers a full length album with sixteen new tracks! The album is ready for pre-order in a unique edition that includes a DVD featuring two music videos, for tracks Gen’ei Syndrome (幻影 Syndrome) and Kibou to yoru (希望ト夜) from the forthcoming album. Tracklist and cover artwork can be seen below along the band’s new artist photos!

This will be the first album to feature Yuugo (優冴) on drums. However this is not the first time we see Grieva’s new line-up. Since the new drummer joined, the band expanded their discography releasing three singles and a seven-track mini-album in a very special year, as they also celebrated their third anniversary.

Let us know your thoughts on Grieva’s upcoming release in the comment section below! 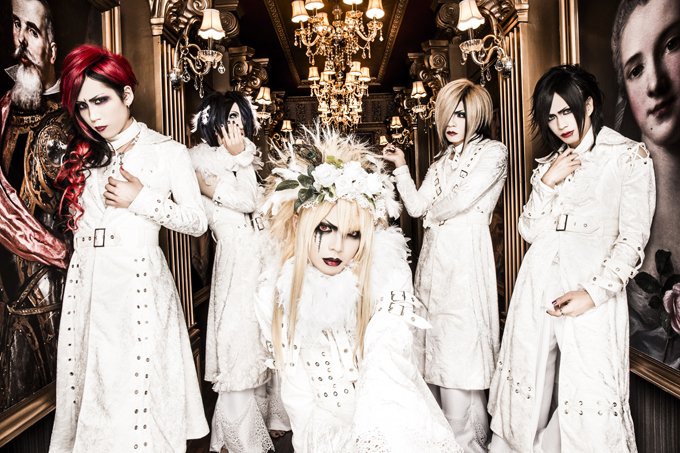