DADAROMA recently announced a new single and album to be released in the near future. Today we can enjoy the full music video of the title track from their second single Saishuudensha! It will be on sale this week, on September 2.

The new single Saishuudensha will be available only in one edition. It will contain the title track which will be a song with a jazz but heavy tune while the b-side Apathy Human will be a darker and heavier song. A short preview of both songs can be listened in the music section of DADAROMA’s official site.

Before you jump straight into music video, we must warn you that it contains sexual content, be careful where and who you watch it with.

While revealing the music video of the new single, DADAROMA also unveiled their new profile pictures: 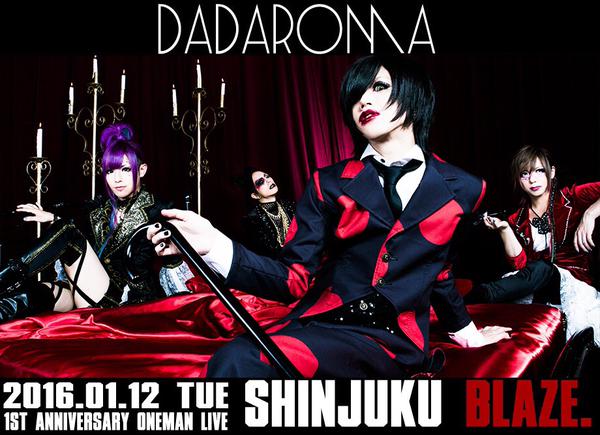 And here are the members in their individual look:

Update: The video has since been removed by YouTube due to the fact that sexual content was involved.

Update #2: A new censored version has been uploaded to the band’s channel which you’ll find embedded above.