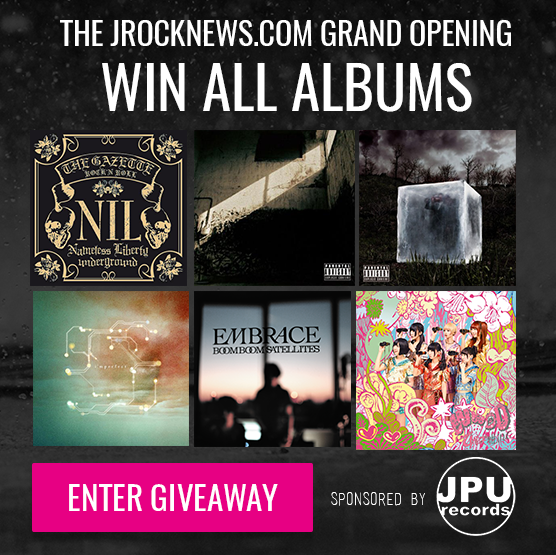 To celebrate the launch of the new website, we are picking one lucky winner for the chance to win six albums courtesty of JPU Records. The prize includes one copy of the GazettE’s NIL, Stacked Rubbish and DIM, Ling Tosite Shingure’s I’mperfect, Boom Boom Satellite’s Embrace, and Dempagumi’s WWDD. giveaway ends October 1, 2015 00:00 GMT

For every 200 shares,
we will be adding even more items to the prize draw.